How Should Bettors Play the NFC Championship Game Moneyline? 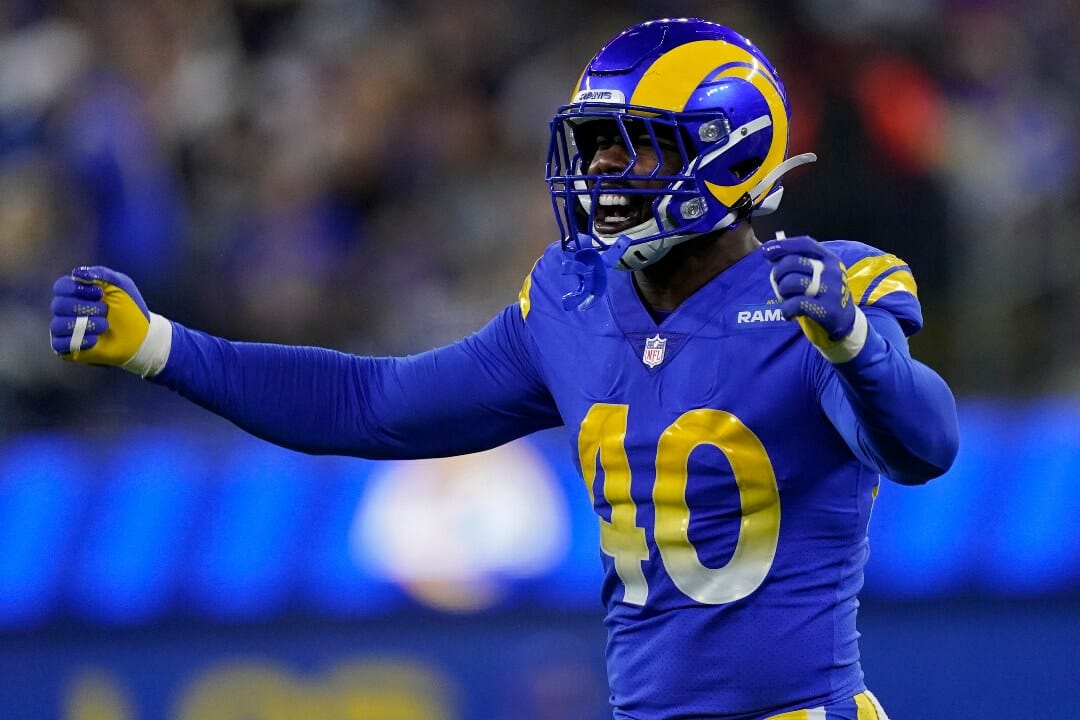 The Los Angeles Rams and the San Francisco 49ers will meet for the third time this season in the NFC Championship game. Football betting odds have the Rams as 3.5 point favorites.

The NFC Championship game moneyline has the Rams at -175. Can Los Angeles win this game and make it to the Super Bowl, or will San Francisco (+145) pull off their third upset of the playoffs?

Here’s the vital information for this upcoming battle between division rivals.

Here are the details to know about this game:

NFC Championship Game: How We Got Here

The Rams went 5-1 to end the regular season, taking the NFC West division away from the Arizona Cardinals. The 49ers were 4-1 in their last five regular-season games. In that span, they beat the Rams in Week 18 to earn a playoff spot.

San Francisco has won their last three games by a single score, and two of those games were decided by three points. San Francisco beat the Rams 27-24 after falling behind by 17 points. The win gave the 49ers a 2-0 record over the Rams. It’s the third year in a row that San Francisco has swept the division series.

In the Wild Card round, the 49ers held off the Dallas Cowboys 23-17 to advance. Then, they eked out a 13-10 defensive struggle against the Green Bay Packers at Lambeau Field in the divisional round.

The Rams have beaten the defending Super Bowl champion Tampa Bay Buccaneers to get here. Before that, LA dominated the Cardinals 34-11 in the Wild Card round.

Who Wins The 2022 NFC Championship?

This year, the Rams have bolstered their roster to get to the Super Bowl. First, they traded for Matthew Stafford in the preseason. Then, Los Angeles brought in linebacker veteran Von Miller from the Denver Broncos. They also signed wide receiver Odell Beckham Jr.

Yet, the San Francisco 49ers own a 6-0 record against Sean McVay’s Rams over the last three seasons. Kyle Shanahan commits to a ball-control game plan that keeps the Rams’ offense on the sideline. The 49ers ran 31 times for 135 yards in Week 18 and 44 times for 156 yards in Week 10. The Los Angeles Rams have struggled to find an answer for the relentless running game of the 49ers.

I haven’t seen evidence that Los Angeles can stop the 49ers running attack. Plus, the Rams have a recent history of slowing down offensively in the second half of games when they’ve taken a big lead. It showed in their overtime loss to San Francisco and when they almost lost in the divisional round to Tampa Bay.

The Rams are favored by 3.5 points on the spread and are -175 on the moneyline. But I’m picking the San Francisco 49ers to win the NFC Championship game.

This game is one of my favorite moneyline bets because I have confidence in the 49ers’ ability to control the ball against the Rams. In a game that should be close until the end, I believe the 49ers moneyline gives me the best value this weekend.

Do you have a different take on how the NFC Championship game will turn out? Sign up for an account at BetMGM’s sports betting site today for a risk-free initial bet of up to $1,000.