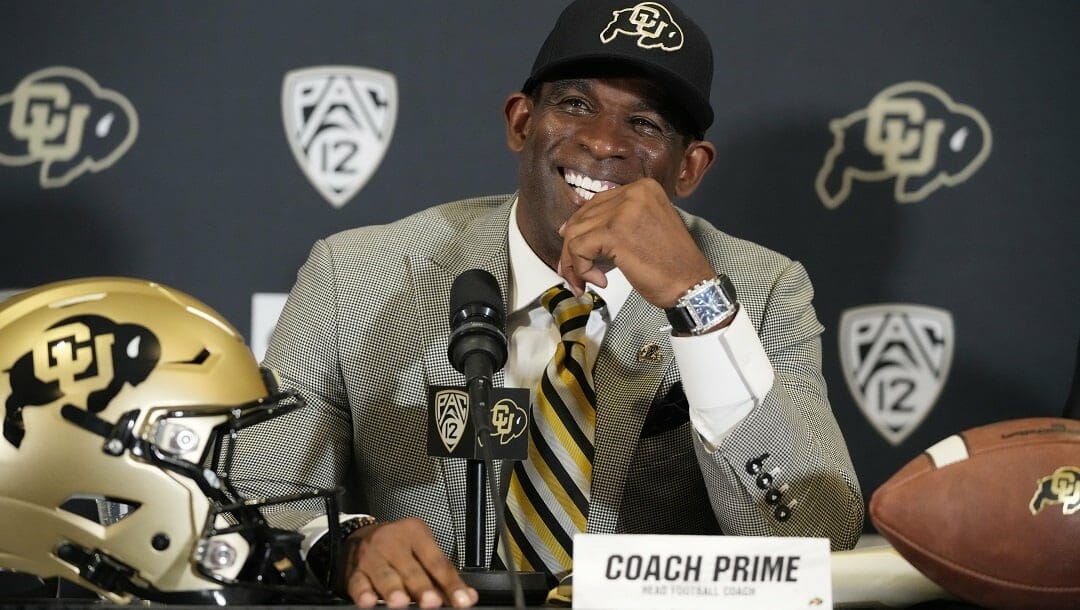 Deion Sanders and Jackson State are having quite the month.

Though Jackson State isn’t playing for an FCS national championship, the Tigers are set to play in a second straight Celebration Bowl in about two weeks.

Now, Sanders has announced that he will be taking over as head coach of the Colorado Buffaloes.

How Much is Deion Sanders’ Colorado Contract?

No one has an exact number just yet, but early reports out of Colorado point to a base salary north of $4.5 million for Deion Sanders.

In leaving JSU to take on a new deal at Colorado, Deion Sanders (AKA Coach Prime) definitely has his work cut out for him. The Buffs have secured just one winning season in the last 16 years, and the Pac-12 will be much tougher than the SWAC.

As many college football analysts and coaching carousel experts have pointed out this season, Deion Sanders’ departure from Jackson State felt inevitable.

If early reports are to be believed, it appears that Deion Sanders’ salary is being multiplied by more than 15 times what it was at Jackson State.

With a raise like that, it’s hard to blame Coach Prime for jumping for a new coaching opportunity.

Is Colorado Buffaloes an HBCU?

No, it is not. Deion Sanders is leaving beloved HBCU Jackson State for Boulder, Colorado, where his new employer has no such designation. In fact, there are no HBCUs anywhere in the state of Colorado.

Sanders remade himself as a college football coach and elite recruiter in Mississippi throughout these last two years. He likely never planned to stay in relative obscurity at Jackson State for very long.

“In coaching, you either get elevated or get terminated,” Sanders told his current team at JSU. “Ain’t no other way.”

How Much Did Jackson State Pay Deion Sanders?

Deion Sanders initially signed a 4-year, $1.2 million contract with Jackson State that paid a base salary of $300,000 per year before incentives kicked in.

Sanders now owes Jackson State $300,000 for the final two years of his contract. He promised to personally pay half of his remaining salary to JSU if he moved on to another school.

Deion Sanders still plans to coach Jackson State in its final game of the year, which means there won’t be much of an interim coaching situation in Mississippi. JSU can start working on hiring its next coach for 2023, though it surely won’t be a candidate with Sanders’ stature.

Jackson State will conclude its season on Dec. 17 against North Carolina Central in the 2022 Celebration Bowl. The NCAAF odds will surely favor Coach Prime’s Tigers.

There is speculation about whether Deion Sanders would ever leave college football for the NFL.

Personally, my feeling is that he’ll stick to the college ranks. Coach Prime’s best advantage as a coach is that his swagger and name brand draw highly-ranked recruits; that advantage would be totally irrelevant in professional football.

Want more college football analysis? Don’t forget to subscribe to The Lion’s Edge for intelligent, weekly insights into trends and betting tips across the online sports betting world. It’s available on iTunes, Spotify, or wherever you listen to podcasts.

From Week 0 through the College Football Playoff, you can place bets on over/under totals, spreads, alt lines, and more. And with live sports betting – available for hundreds of games each season – there’s never a break in the action.