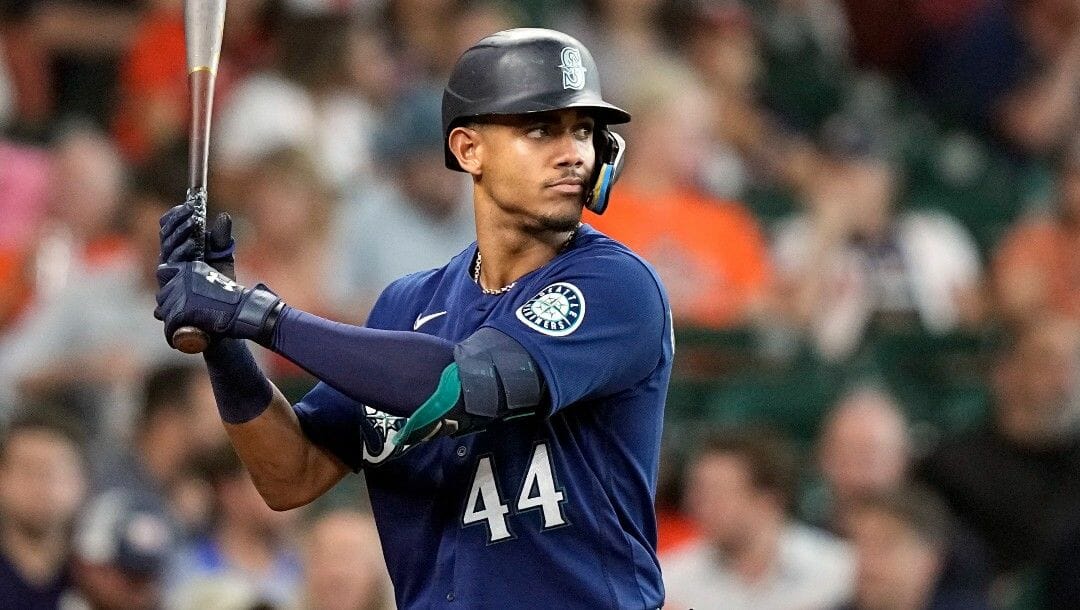 Young talent has flooded the American League this season, and it has made for a highly competitive Rookie of the Year race.

So, in addition to looking at daily MLB betting lines, it may be worth examining some futures odds.

A few of the top prospects in all of baseball were talented enough to break camp with their respective teams and have since been staples atop the odds board.

However, once in the big leagues, top prospect status does not differentiate players from one another. The race for the award is wide open, and it can change in a flash.

AL Rookie of the Year Odds

This week: Julio Rodriguez was named as one of the “Most Exciting Players” by Baseball America in their “Best Tools of 2022 List.”

Next week: As the Mariners look ahead to postseason plans, they’ll face the Royals and Rangers in the next two series.

This week: The Orioles beat the Tigers, 8-1, on Thursday. The young core of Adley Rutschman/Gunnar Henderson/Kyle Stowers/Terrin Vavra went 6-for-16 with two walks, six RBIs, and four runs scored.

Next week: The Houston Astros may have already punched their ticket to the postseason, but they will meet the Orioles, who are hungry for one of their own.

This week: George Kirby has been sneaky good. He has been the best pitcher in the AL by fWAR (3.1) since July 1, ranking ahead of Justin Verlander (3.0) and Shohei Ohtani (2.6).

Next week: He will make the start in the series finale against the A’s on Thursday.

This week: You’d be hard-pressed to find someone who had a better week than Steven Kwan. He had a 4-for-4 performance on Tuesday and followed that up with a three-hit night, including a home run.

Next week: The Guardians have pulled away in the AL Central division race, with Kwan and the young squad in Cleveland looking poised to make a push in the playoffs.

This week: Jose Miranda showed some excellent plate discipline with a 12-pitch duel that resulted in a double off the left-field wall, barely missing a home run. It was an A+ at-bat from the rookie.

Next week: The Twins will begin a homestand against the Angels and White Sox.

From spring training through the World Series, you can bet on a variety of odds. Whether you’re a first-time bettor making your first deposit, a casual fan browsing run lines for a game between the Boston Red Sox and Toronto Blue Jays, or a longtime diehard dissecting over/under trends for a late-night Seattle Mariners’ game, there are opportunities for everyone.

Visit the MLB betting page today to get closer to the action!