Top 6 UFC Records of All Time 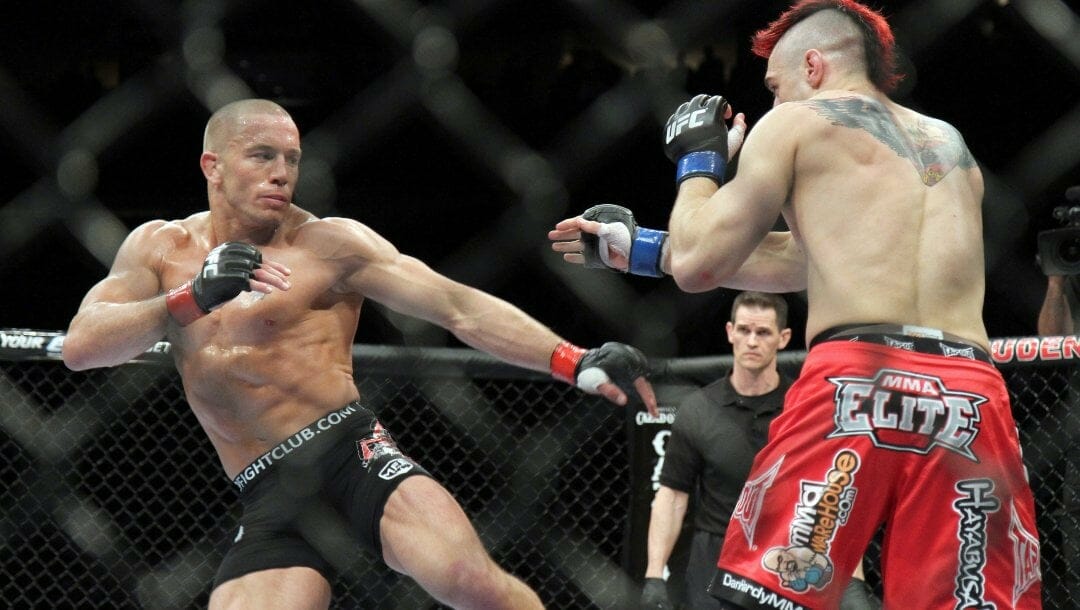 Being the UFC Champion is the primary reason fighters compete inside the Octagon. Climbing the rankings, earning the right to be the number one challenger, and eventually conquering the MMA odds and defeating the reigning titleholder is the ideal route for most athletes on the roster.

But along the way, there are unprecedented achievements or milestones these fighters attain.

Today, we dive into six UFC records set by different fighters throughout the sports’ history.

Donald Cerrone holds the most wins in UFC history with 23.

He appeared in 37 UFC fights (the second-most behind Jim Miller with 38), losing 13 and one no-contest bout.

These wins from Cerrone are a result of his up-and-down ride in two divisions in the lightweight and welterweight since 2011. He won 14 of those 23 via stoppage, either by way of TKO/KO or submission.

The most finishes in UFC history belong to Charles Oliveira with 18 and tops Donald Cerrone (16) and Anderson Silva (14).

Oliveira appeared in 28 UFC bouts and won 20 of them. Of those 20 wins, he finished 18 of them. Only the fights against Jeremy Stephens and Tony Ferguson came in unanimous decision victories. ‘’Do Bronx’’ submitted 15 of his opponents and scored three wins via TKO/KO.

Charles Oliveira holds the most finishes in UFC history mainly because he is the record holder for most submissions in the promotion as well.

The Brazilian champion also rides a 10-fight winning streak that dates back to 2018 as he’s become a popular pick in UFC betting odds.

Oliviera submitted 15 opponents out of his 20 wins under the UFC banner. His most recent was his first successful title defense over Dustin Poirier in the main event of UFC 269 last December 2021.

Heavyweight knockout artist and former title challenger Derrick Lewis has recently passed Matt Brown for the most knockouts in UFC history with 13.

Lewis scored a first-round knockout win over Chris Daukaus last December to become the record holder in the category. The ‘’Black Beast’’ competed in 23 UFC fights and won 17 of those outings. Only his fights against Roy Nelson, Francis Ngannou, and Ilir Latifi were decision wins, and the rest were knockouts.

Although he lost the UFC Featherweight to Alexander Volkanovski, Max Holloway still has the bragging rights as the fighter with the most strikes landed in the UFC with 3,056 in only 25 fights.

His last two bouts against Calvin Kattar (in January 2021) and Yair Rodriguez (in November 2021) significantly separated him from the 2,591 strikes landed by Georges St-Pierre.

Considering that he will only be turning 31 years old this year, he might increase this number by a considerable margin at the end of his fighting career.

Considered by many fans as the best to ever do it, Georges St-Pierre claimed the record for the most number of takedowns in the UFC with 90 in just 23 bouts.

This was a crucial aspect of GSP’s fighting style as he ended his career with a record of 26 wins against two losses which helped him win two titles in two different divisions (welterweight and middleweight).

The only two active UFC fighters on the roster who could surpass this record are number six-ranked bantamweight Merab Dvalishvili and number four-ranked heavyweight contender Curtis Blaydes.