Top 5 Unique Submissions in the UFC 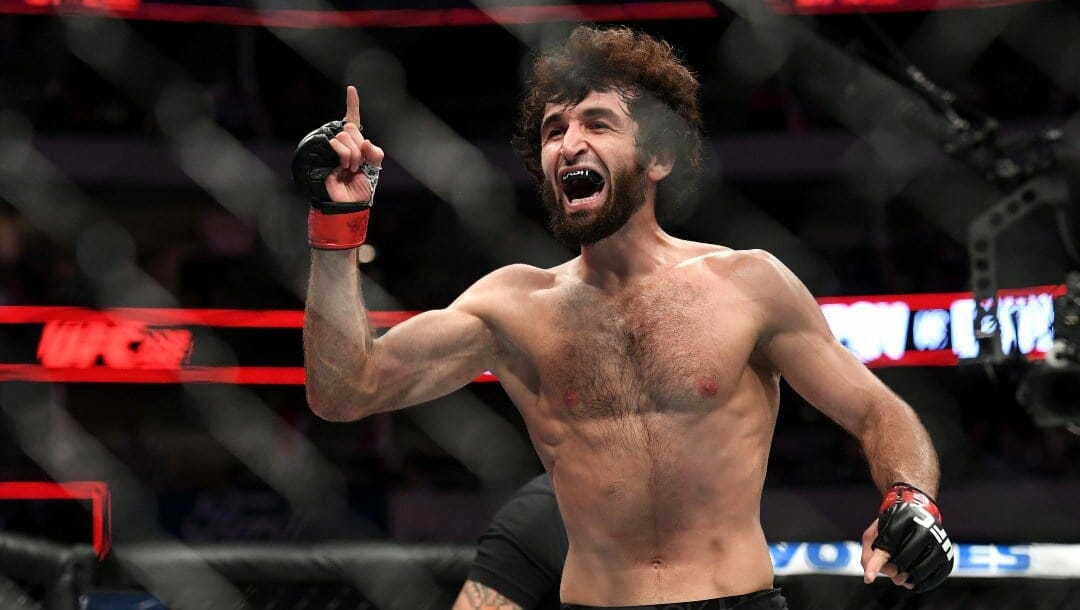 Grappling is key for MMA fighters, especially in the UFC, as they thrive on the mat to submit their opponents through various techniques and strategies. They utilize this method to win and achieve their MMA odds of becoming champions of their weight classes.

More than a highlight-reel knockout, a submission victory is equally impressive as a big-time hit. Grapplers often get creative with their submission tactic and develop unique methods to make their foes submit. We listed the top five unique submissions that we have seen in the UFC.

Chan Jung Sung, most commonly known as the ”Korean Zombie,” made his UFC debut in March 2011 in a rematch against Leonard Garcia. He not only convincingly got the victory, but he won uniquely. After Garcia won their first meeting via split decision, the featherweight contender has revenge on his mind.

Chan Jung Sung pulled off the first-ever twister submission victory in the UFC against Garcia as he made him quit through the pain it delivered. The Korean Zombie cranked his opponent in the dying seconds of the second round to officially announce his arrival in the UFC.

Reigning UFC Lightweight World Champion Charles Oliveira is the king of submissions for a reason. He also currently holds the most submission wins with 15, the most against Dustin Poirier in December 2021, to retain his title. But there is one unique submission that he mustered during his early years.

In January 2012, Oliveira was pitted against Eric Wisely in a featherweight contest in his sixth UFC fight. The Brazilian was quick to scramble and eventually got a hold of his leg in the opening round. From there, he was able to crank the calf, and the pain was visibly seen in the face of Wisely, who immediately tapped to avoid further damage.

Another fighter who made MMA betting fans go crazy when he was truly impressive in his UFC debut was Ben Saunders. He uniquely submitted Chris Heatherly in August 2014 via an Omoplata submission in the first round of their welterweight fight in UFC Fight Night 49. This was the first Omoplata submission victory in the history of the UFC.

The Omoplata is one of the rarest techniques used inside the Octagon because of the level of difficulty it could present to attempt it. The idea is to crank the shoulder using your leg to apply pressure. Thanks to this unique tactic, Saunders won multiple Submission of the Year awards from the MMA community in 2014.

Even though the Von Flue Choke was first introduced by Jason Von Flue back in 2003, this unique submission was popularized by light heavyweight fighter Ovince St. Preux because he used it to win four matches in the UFC. The shoulder choke is used to counter a guillotine submission attempt and utilizes pressure from the shoulder to be executed.

St. Preux re-introduced this technique to UFC fans in March 2014 to put Nikita Krylov to sleep. Then he made Marcos Rogerio de Lima tap and slept Yushin Okami in back-to-back fights in April and September 2017. OSP’s most recent win through the Von Flue Choke was when he submitted Michal Oleksiejczuk in September 2019.

Zabit Magomedsharipov is an elite featherweight fighter who is still undefeated in the UFC with six wins over big names such as Jeremy Stephens and Calvin Kattar. Although the Russian hasn’t fought since November 2019, he is still undeniably in the top echelon of the division.

His most impressive victory came in his third UFC appearance when he fought Brandon Davis in September 2018 and pulled off a unique submission called the Suloev Stretch. He made Davis tap in pain with his hyperextended knee to officially claim the victory.