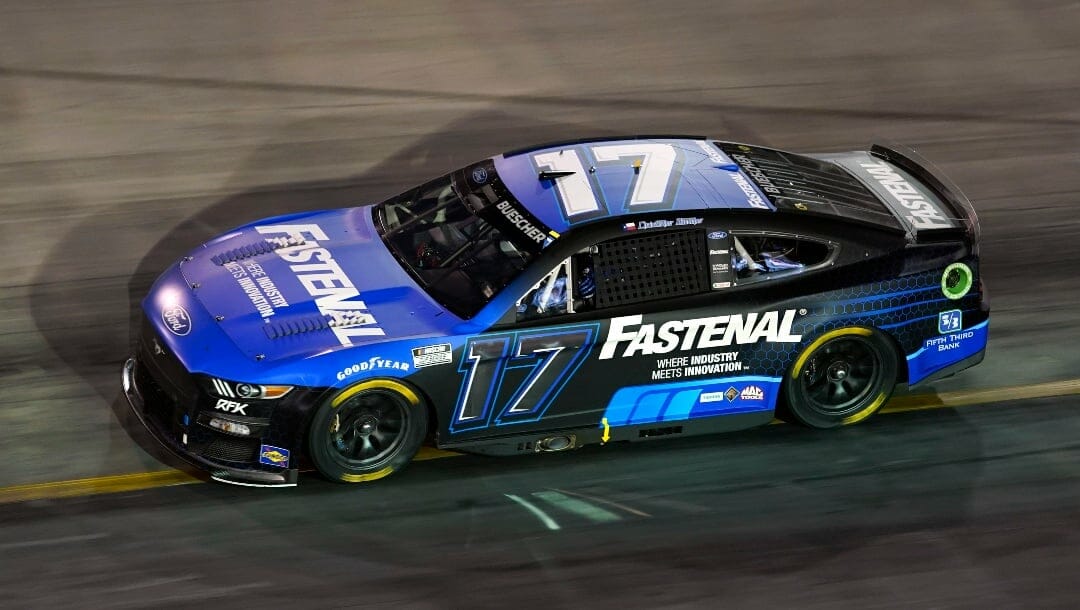 After earning his first career win in the fog-shortened 2016 Pennsylvania 400, Chris Buescher gushed optimism for the future, calling it an awesome moment after weeks of momentum for the No. 34 Ford.

Unfortunately for the former ARCA champion, the circumstances of the win, not the win itself, was a sign of things to come.

One week later, Buescher finished 30th in the Cheez-It 355 at The Glen. It was the first of 222 straight races without a win.

The six-year fog lifted last weekend with a win in the Bass Pro Shops Night Race, giving Buescher the second-longest drought between NASCAR Cup Series wins of all time. He sits behind only Bill Elliott – 226 races from 1994-2001 – in the record books.

If Buescher stays on Elliott’s path, perhaps years of frustration are ceding to good days ahead. Elliott didn’t win again in 2001 but had back-to-back wins in 2002 and another win in 2003, giving him four wins in 74 starts after zero in his previous 226.

The win didn’t put Buescher among the NASCAR betting favorites for this weekend’s Autotrader EchoPark Automotive 500. As of Thursday, he’s +4000 to win, tied with Aric Almirola and Austin Dillon for the 21st-shortest odds.

Despite the long odds, the public is buying Buescher to win; his ticket share of 3.8% is tied with Kyle Larson, Alex Bowman, and Brad Keselowski for the eighth-highest among all drivers. He and Keselowski (+8000) are among several long-odds drivers the public likes this weekend:

Buescher is 0-2 in featured matchup betting this year; he failed to finish ahead of Ricky Stenhouse Jr. in the Goodyear 400 and Michael McDowell in the Go Bowling at the Glen. He was the favorite in both matchups.

Now he’s a massive underdog to Ryan Blaney, whose winless drought is now 38 starts after a 30th-place finish at Bristol. Blaney has two wins at Texas Motor Speedway, though one was in the Xfinity Series in 2018 and the other in this year’s All-Star Race. He has three top-5 finishes in 13 Cup Series starts at the 1.5-mile quad-oval.

The ticket split is exactly 50-50, though Buescher’s share accounts for 67% of the handle.

Joey Logano is now eight years removed from his lone win at Texas Motor Speedway (2014 Duck Commander 500) but remains one of the track’s most experienced and consistent drivers. In 17 starts since 2013, he has 13 top-10 finishes and 10 top-5 finishes.

Chase Elliott, meanwhile, can’t find any consistency in Fort Worth. He finished outside the top 10 only once in his first six career Cup Series starts at the track but now has just one top-10 finish in his last five starts.

The public loves Logano at plus odds in this matchup. The 29-time winner on the Cup Series has 96% of the handle on 67% of the tickets.

Larson is now seeking multiple Cup Series wins at a fourth different track. Entering the season, he had multiple wins at just one track – three at Michigan International Speedway – before winning his second career races at Auto Club Speedway and Watkins Glen International.

Ross Chastain, who’s making just his sixth career Cup Series start in Fort Worth, has dropped in race-winner odds (+900 to +1100) but remains an overwhelming pick against Larson. He has 97% of the tickets and 94% of the handle.