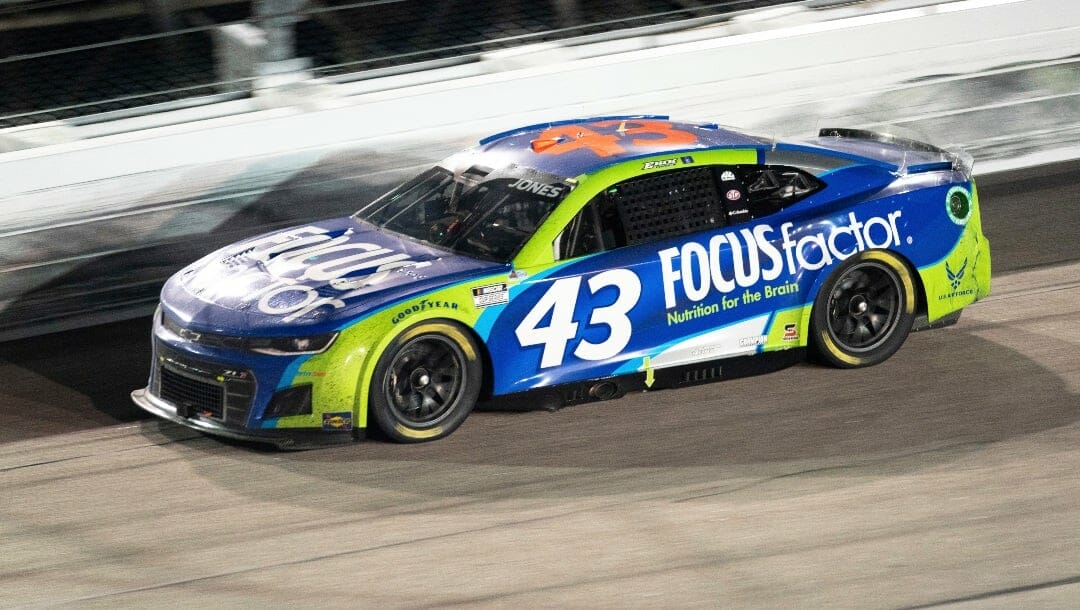 Denny Hamlin won the first stage of the 2021 Cook Out Southern 500 en route to a win in the first playoff race of the season, which earned him a spot in the Round of 12.

The next race (Federated Auto Parts 400) was also won by a playoff driver (Martin Truex Jr.), as was the next one (Kyle Larson, Bass Pro Shops Night Race), and the next one (Denny Hamlin, South Point 400).

For the YellaWood 500 this weekend, four drivers are tied as co-favorites in race-winner NASCAR odds at BetMGM. All four are alive in the Round of 12:

None of those four drivers is among the public’s favorite, however. Collectively, as of Thursday, the co-favorites have 20.3% of the handle. That’s less than the combined handle of the two most popular drivers, both non-playoff drivers; Erik Jones (+2500) and Brad Keselowski (+1600) have 29.1% of the total race-winner handle as the public pounds non-playoff drivers for the second straight week.

And half of the top 10 most popular drivers by ticket count are also non-playoff drivers, including Jones, who leads all drivers in ticket share with 6.3%.

This week’s featured matchups at BetMGM are also loaded with non-playoff drivers as they seek a fifth straight win:

Tyler Reddick struggled in the next race after his first two career Cup Series wins, finishing 29th in the Quaker State 400 and the FireKeepers Casino 400.

If he finishes 29th this weekend after a win in the Autotrader EchoPark Automotive 500, it’d be a huge improvement over his last two starts at Talladega Superspeedway; he finished 39th in the Geico 500 in April and 39th in the 2021 YellaWood 500.

The highest-ranked driver in this week’s matchups, Denny Hamlin, is the fourth-most-experienced driver at Talladega in this weekend’s field. Only Kevin Harvick (43), Truex (35), and Kyle Busch (34) have more career Cup Series starts at the track among active drivers than Hamlin (33).

But only one active driver (Logano) has led more laps at Talladega than Hamlin. The 41-year-old has led at least six laps in each of his last five starts at the track – and at least one lap in 26 of his 34 career starts.

Hamlin is dominating featured matchup betting against William Byron, who has just two top-10 finishes in 10 starts at Talladega. Hamlin has 97% of the handle on 96% of the tickets.

At +1600 in race-winner odds, Wallace isn’t far back from the favorites. He’s led at least five laps in each of his last four starts at Talladega, though he actually led fewer laps (five) en route to last year’s win than Chris Buescher (seven), who tied a career-best finish (sixth) in the 2021 YellaWood 500.

Neither Wallace nor Buescher is in the top 10 for race-winner ticket share, though Wallace does rank 10th in handle share at 3.3%. Bettors are picking Buescher in this matchup; he has 86% of the handle on 67% of the tickets.

Christopher Bell’s top-five streak ended at three races with a crash and 34th-place finish in Fort Worth. It was just the fourth time he finished outside the top 20 in his last 20 starts, a run that followed a 22nd-place finish at Talladega in April.

Bowman has 76% of the featured matchup handle on a 50-50 ticket split.