10 Highest-Scoring Lions Games: Most Points Ever 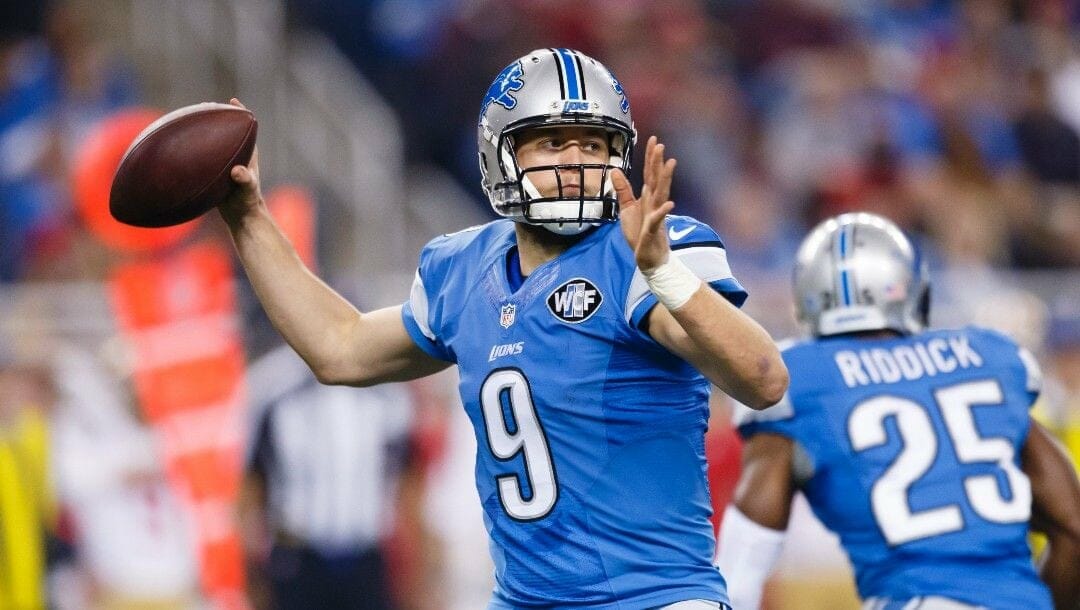 The Detroit Lions, who have NFL odds of +12500 to win the Super Bowl, have been struggling of late, but that doesn’t mean they haven’t had many high-scoring games throughout their existence.

With that, let’s rank the top 10 highest-scoring Lions games:

The Detroit Lions and Chicago Bears go way back with one of the longest-tenured rivalries in the league. In 1997, the Lions scored the most point they’ve ever scored in their victory over the Bears, tallying 55 and blowing out Chicago by 35 points.

Checking in after their blowout of the Bears is another NFC North foe in the Green Bay Packers, who saw their quarterbacks get picked off five times in their loss to the Bears. Bobby Layne threw three touchdown passes in the victory to lead the charge for Detroit’s offense.

For the second consecutive game on this list, the Lions throttled the Green Bay Packers and put up 52 points of offense. Bobby Layne once again had a banner day at quarterback, chucking four touchdowns in the victory, while Bob Hoernschemeyer rushed for 99 yards and a score on the ground.

Matthew Stafford had plenty of good seasons for the Detroit Lions, even if he could never lead them anywhere in big games. With that, he still threw five touchdown passes and compiled 335 yards through the air in the Lions’ 14-point victory over the Carolina Panthers.

Lions defeated the Panthers 49-35 to improve to 7-3 on the season. Kevin Smith rushed for 140 yards and 2 touchdowns. He also had 4 receptions for 61 yards and a touchdown. Who remembers? pic.twitter.com/6SNyh3SjQx

The rushing attack came out in full force in this game for the Lions in their thrashing of the New York Yanks. Bob Hoernschemeyer ran 17 times and totaled 198 yards and a touchdown on the ground, while the team finished with four rushing scores and just shy of 400 yards from their running backs in the win.

In what felt like a close game after the first quarter, which saw the Lions lead the Kansas City Chiefs 7-3, things quickly escalated through the next three quarters, where Detroit outscored KC 41-0. Matthew Stafford was once again efficient and threw four touchdowns in the win.

Lions quarterback Eric Hipple was the star in this game for the Lions on the ground and at quarterback, throwing for 336 yards through the air and four touchdowns while also scampering into the endzone for a pair of scores on his own.

The Detroit Lions improved to 6-1 on the 1954 campaign after blowing out the San Francisco 49ers by 41 points. The rushing attack factored into the equation early and often, finishing with 172 yards on the ground and a pair of touchdowns.

The Lions entered the fourth quarter with a slight one-point edge over the Chicago Bears in Week 1 of the 1954 season before exploding for 24 unanswered points in the final frame to seal a statement win over their famous rival.

To conclude this list, the Lions took the Green Bay Packers to school and doubled them in November of 1952. Bobby Layne threw for three touchdowns and 249 yards while rushing for 63 yards on the ground in their substantial win.