10 Highest-Scoring Rams Games: Most Points Ever 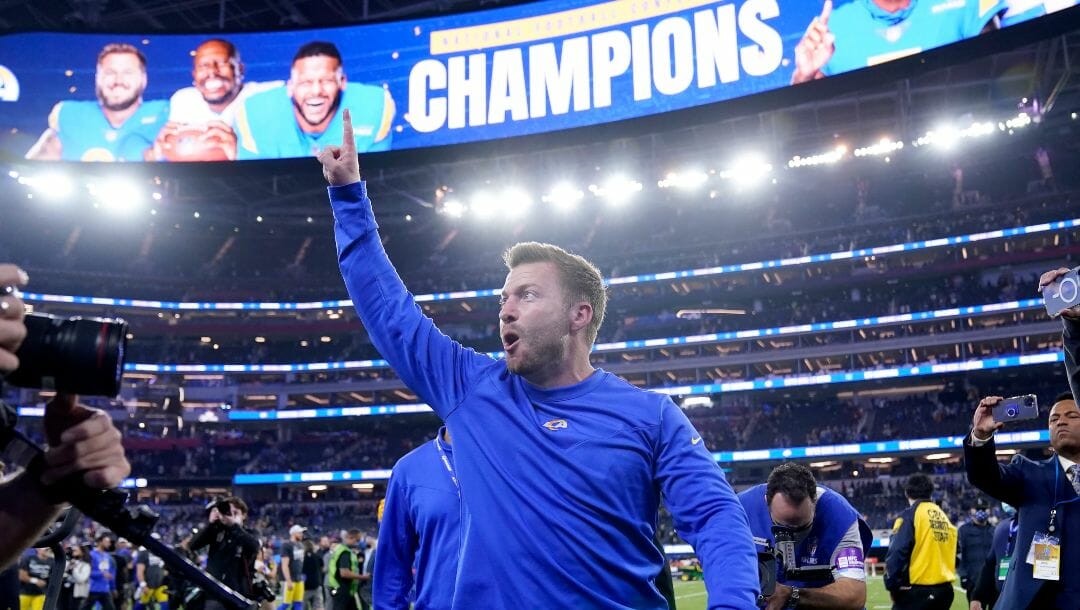 The Los Angeles Rams, who have NFL odds of +1100 to win the Super Bowl, have had some absolute blowouts throughout their franchise’s existence, highlighted by a 70-point game in 1950.

With that, let’s rank the top ten highest-scoring Rams games:

In their highest-scoring game in franchise history, the Los Angeles Rams dropped an astounding 70 points on the Baltimore Colts and defeated them by 43 in the process. It was a one-score game after the first quarter before the Rams outscored the Colts 49-14.

For the second consecutive week in the 1950 campaign, the Rams laid a beatdown on their opponent, this time the Detroit Lions. Norm Van Brocklin had an efficient day at quarterback, throwing for 293 yards and five touchdowns in the lopsided win.

Even though neither team was having a good season up to this point, that doesn’t make the Rams thrashing of the Atlanta Falcons any less impressive. Harold Green and Lawrence Phillips dominated touches on the ground and combined for 212 yards and three touchdowns.

The Rams were not kind to the Atlanta Falcons on this list, posting a giant shutout victory this time around in 1976. Lawrence McCutcheon stole the show for the Rams with their rushing attack, tallying 121 yards on 20 rushes and three scores on the ground.

Billy Wade and the Los Angeles Rams had no issues solving the San Francisco 49ers defense in this matchup. Wade threw for 256 yards and four touchdowns, while Del Shofner caught two passes, both for touchdowns, and finished with 76 yards receiving.

For the first time on this list, the defense was the story in the Rams’ smashing of the New York Giants. Henry Carr had a sensational 101-yard interception return, while Irv Cross had a pick-six of his own that went for 60 yards.

In one of the craziest games of the last decade, the Rams and Kansas City Chiefs played in a shootout on Monday Night Football, and that outcome has Los Angeles pickup the win. Jared Goff had his most inspiring game in a Rams uniform that night, throwing for 413 yards and four touchdowns.

Three years ago today, the Rams beat the Chiefs 54-51 in a MNF thriller 🤯

Heading back into the 1950s, the Rams took it to the New York Yanks and blew them out by 40 points. Norm Van Brocklin had another outstanding day at quarterback for the Rams, throwing for a crazy 554 yards and five touchdowns.

To round out this list of the ten highest scoring gams in Rams history, the team blew out the Washington Redskins by 26 points. Tom Fears had a banner day catching the football, tallying 159 yards and two touchdowns on ten receptions.