10 Highest-Scoring Seahawks Games: Most Points Ever 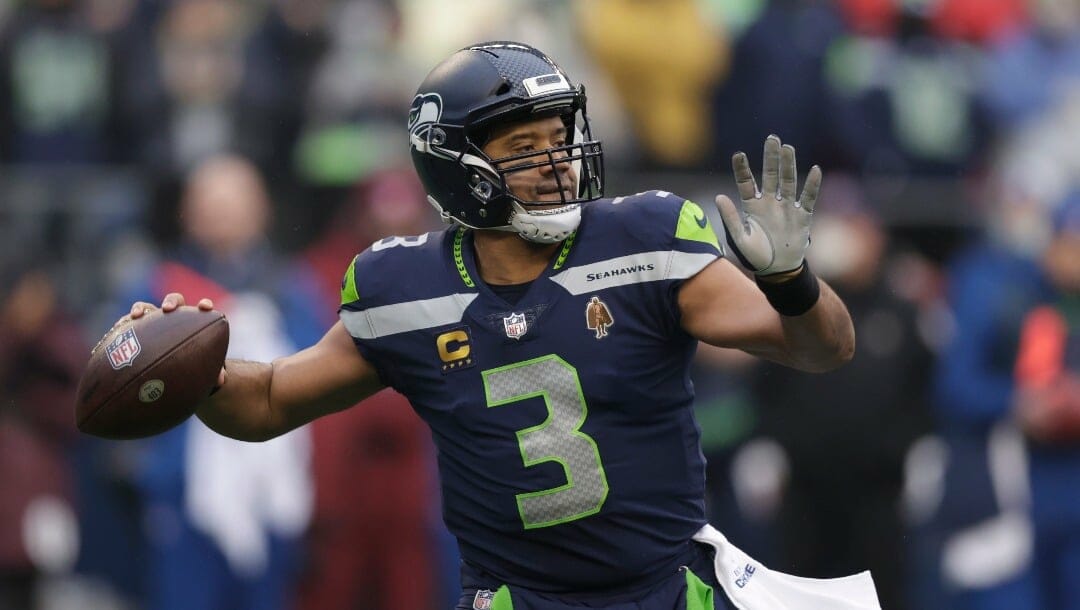 As the Seattle Seahawks undergoing a rebuild – and Pete Carroll looking to avoid the NFL hot seat – it might be a while before they’re atop Super Bowl odds at the online sportsbook and lighting up scoreboards again.

With that, let’s rank the top ten highest-scoring Seahawks games:

In the highest-scoring game in Seattle Seahawks history, they also blanked the Arizona Cardinals with a tremendous defensive performance.

Marshawn Lynch and Robert Turbin had field days on the ground, combining for 236 yards and three touchdowns.

The Seahawks picked off Joe Ferguson three times in Seattle’s thumping of the Buffalo Bills in 1977. Quarterback Jim Zorn threw four touchdown passes in the victory, while the team also rushed for 226 yards and four touchdowns.

Just last season in 2022, the Seattle Seahawks laid a beatdown on the Detroit Lions by 22 points. Russell Wilson threw 236 yards and four touchdowns, while Rashaad Penny was dynamite on the ground, rushing for 170 yards and two scores.

In a game that couldn’t be decided after being tied at 48 through regulation, the Seahawks ultimately pulled it out in the extra frame after a Norm Johnson 42-yard field golf. Curt Warner had a day rushing the football, tallying 207 yards and three touchdowns.

The second throttling of the Buffalo Bills on this list saw the Seahawks defeat them by 33 points in 2012. In this contest, it wasn’t Russell Wilson’s passing game that took center stage; instead, his rushing ability led him to 92 yards and three touchdowns on the ground.

The Seahawks went on the road in 1985 and picked up their second straight victory to open the season. Quarterback David Kreig threw for 307 yards and five touchdowns, while Curt Warner rushed for 169 yards and two scores.

In the Seahawks’ schooling of the Minnesota Vikings, Shaun Alexander had one of many great days on the ground, rushing 24 times for 139 yards and an otherworldly four touchdowns.

After three quarters, the Seahawks led the Jacksonville Jaguars by one point before outscoring them 19-3 in the final frame to seal the victory. Joey Galloway was great as a wideout, catching five passes for 114 yards and two touchdowns.

Keith Simpson had a 40-yard interception return in the fourth quarter to finish the scoring for the Seahawks, while David Sims ran for 91 yards and three touchdowns as Seattle dismantled the Cleveland Browns in 1978.

To conclude this list, the Seahawks laid a beating on the Indianapolis Colts, which came to fruition after two scores by the defense. Justin Coleman recorded a 28-yard interception return, while Bobby Wagner had a 21-yard scoop-and-score.