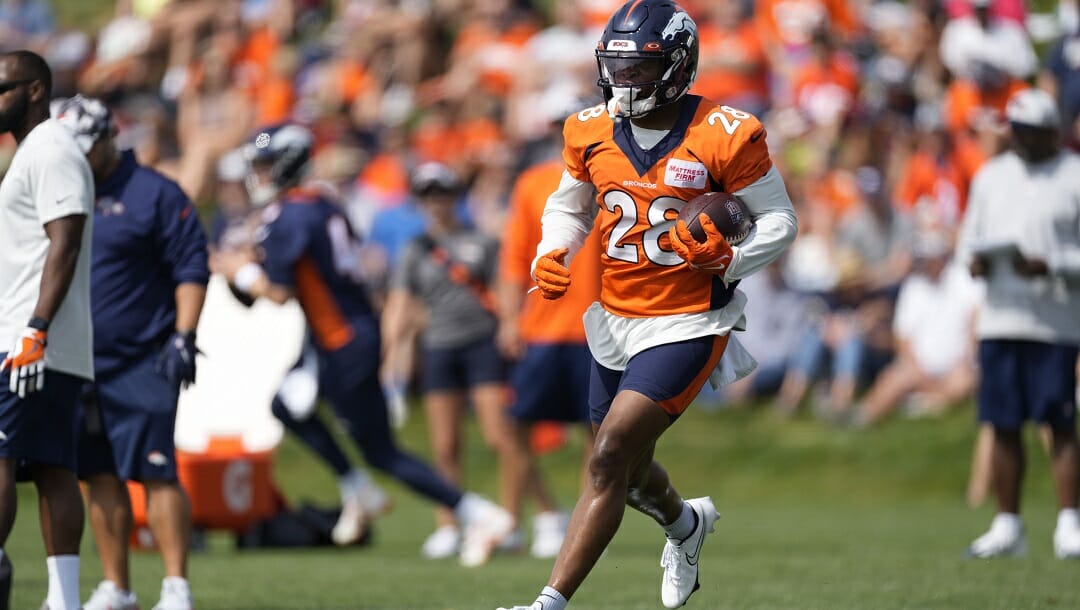 Like many other NFL fans, I am absolutely obsessed with the possibilities of the 2022 AFC West. It’s one of the most loaded divisions in recent memory, where truly any team could win.

The divisional NFL odds are appropriately tight, with three of the four teams handicapped at +260 or lower to win the grouping.

The Las Vegas Raiders are fourth at +650. And they were a playoff team last season!

With top-to-bottom competitive drama, the AFC West will be one of the major highlights of the 2022 NFL season, with high interest in both the collective divisional race and  individual NFL betting lines.

In the NFL futures markets, in particular, one team has caught the attention of a plurality of bettors: the Denver Broncos.

Few teams made an offseason splash like the Broncos.

In March, Denver acquired Seahawks quarterback Russell Wilson for a massive package of players and picks.

Wilson, in turn, has elevated the Broncos to immediate contender status. The NFL point spreads market will likely anoint them a favorite in most of the games they play this fall.

I recently asked Cody Roark (from Mile High Sports and the Locked On Broncos Podcast) to join me on The Lion’s Edge. He broke down just how impactful the Wilson addition was this offseason.

“If anybody goes back and watches last year’s games, I think you come away with the assumption of: hey, you know what? This team is a quarterback away,” he said.

That’s what average bettors see, too. At the BetMGM online sportsbook, the Broncos are the biggest liability in the AFC West, having attracted a roughly equal amount of ticket percentage (36.7%) and handle percentage (37.1%).

With such even numbers, and no noticeable sharp presence inflating the handle percentage of any particular team, it’s fair to assume that a plurality of sharp bettors chose to stay away from a division with high variance potential.

In their absence, public bettors have jumped on Wilson and the Broncos.

In poker, it’s not enough to consider only the strength of your hand; it’s also necessary to imagine how likely it is that someone in the game has a better hand than you.

Many advantage players in sports betting do something similar. After weighing the upshot of a particular bet, they also consider how it might go wrong.

With that in mind, I asked Roark how the Broncos might go wrong this season. His answer was immediate.

“I would have to say injuries,” Roark said. “If Russ were to get banged up, that would be a huge dropoff from Russ to Josh Johnson.

Roark continued: “I look at playmakers, and if you lose a guy like Jerry Jeudy or Courtland Sutton or Tim Patrick to an injury, that’s definitely going to impact you.”

Our conversation, which took place last week, was uncomfortably prescient for Denver fans. Right after we recorded the podcast, Patrick tore his ACL in practice. He’s expected to miss the 2022 season.

Broncos running back Damarea Crockett also tore his ACL last week. Crockett wasn’t expected to be a significant contributor; however, depth injuries at this stage in the preseason can be disheartening.

That’s doubly true when coupled with other injuries.

Preseason injuries are an unfortunate part of being an NFL betting fan.

If the Broncos’ injury luck can stabilize, Denver could be in a position to make a lot of NFL bettors some money this season.

For the pull podcast episode with  Roark, don’t forget to check out The Lion’s Edge podcast. It has intelligent, weekly insights into trends and betting tips across the online sports betting world. It’s available on iTunes, Spotify, or wherever you listen to podcasts.