Did Darius Leonard Change His Name? 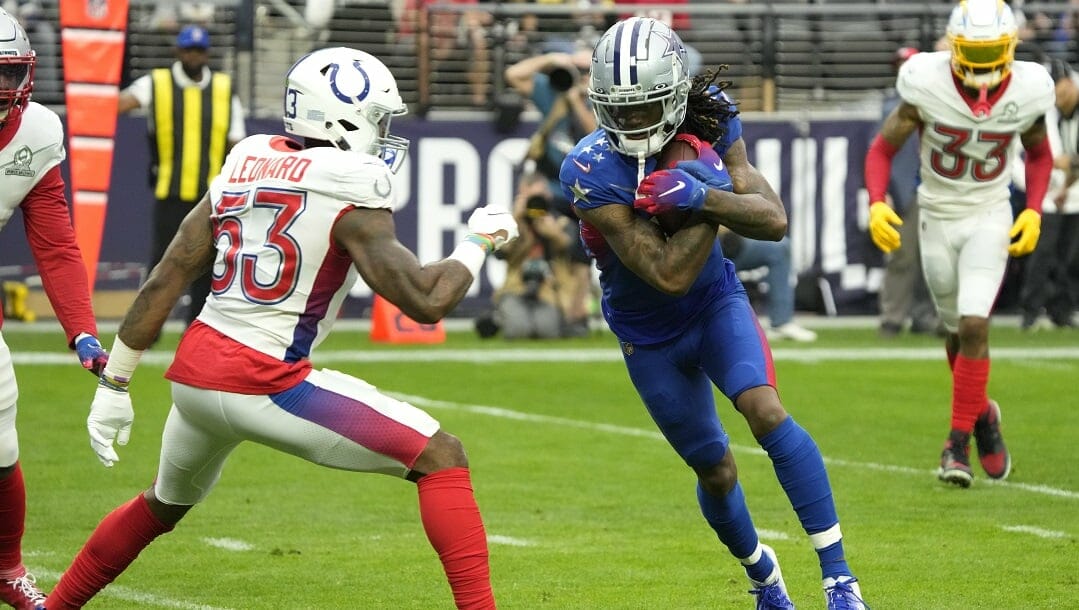 Online sports betting regulars may have noticed an unfamiliar name popping up throughout the last two months: Shaq Leonard.

This Leonard guy evidently played for the Colts, too. That’s interesting since there’s already a Colts player with the last name Leonard. Hmm…

Who Is Shaq Leonard?

Shaq Leonard is the fifth-year linebacker who leads the Indianapolis Colts’ defense.

Leonard led the league in tackles during his rookie year (2018) and amassed 538 total career tackles and 11 career interceptions by the end of the 2021 NFL season.

Did Darius Leonard Change His Name?

The Colts linebacker, formerly known to many NFL fans as Darius Leonard, made it clear to reporters prior to the 2022 season that he wants to be called by his middle name, Shaquille.

Leonard was called Shaq (his middle name) throughout his entire life by family and friends; it was only during his collegiate and professional career that he came to be known by his first name, Darius.

At first, Leonard put up with it – even though he hates the name – because he thought it might be part of his rookie hazing.

Now, though, he’s made it clear to reporters and teammates he doesn’t want to be called Darius anymore.

“I love being called Shaquille and hate being called Darius,” he told the media. “I understand it’s going to be hard, but I would love if y’all would try to call me Shaquille or ‘D’ or ‘Maniac’ and not Darius.”

Leonard – a key piece to the Colts’ defense – underwent back surgery in June to ease chronic pain that stemmed from a nerve issue.

Since then, Leonard has been practicing with the team, but both Leonard and the coaching staff feel that he’s not ready to resume his position in the middle of the Indianapolis defense.

“We watch tape and we can see when you look at tape from last year or the year before versus tape now, and you watch him move, we’re doing that,” said Colts head coach Frank Reich.

“And it’s not the same. We need it to look the same. From our standpoint, we need that tape to look like what it looked like when you were relatively healthy.”

It’s not clear when Leonard will return to the field.

Where Did Shaq Leonard Go To College?

Shaq Leonard was a standout defensive player at South Carolina State, earning MEAC Defensive Player of the Year in 2016 and 2017.

When Was Shaq Leonard Drafted?

The Colts selected Shaq Leonard with the 36th overall pick in the 2018 NFL Draft.

Leonard led the league in tackles during his rookie season. The Colts’ continued success in the draft is one reason they routinely have respectable NFL odds.

Leonard has forced 17 fumbles throughout the first four years of his career. That includes eight forced fumbles from the 2021 season, which led all NFL players.

Leonard is so adept at forcing fumbles thanks to his patented punch & tackle move.