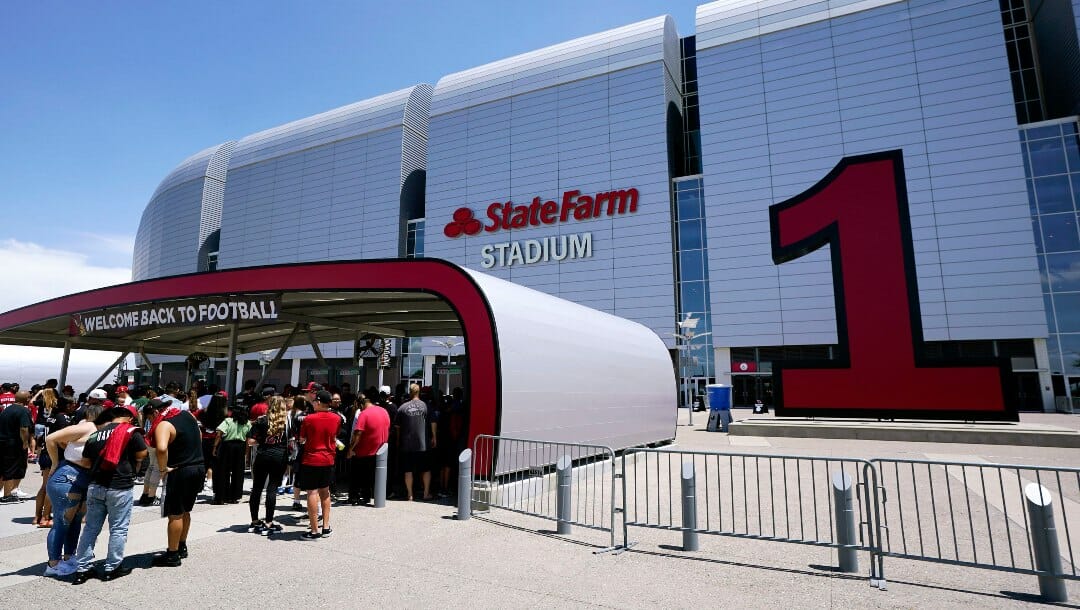 From Chicago to St. Louis to Arizona, there have been plenty of high-scoring games in the history of the Arizona Cardinals franchise.

As Kyler Murray and the Cardinals seek to become a Super Bowl favorite in NFL betting odds, here’s a look at those high-scoring games.

The highest scoring game in Chicago Cardinals history came in 1949 when they obliterated the New York Bulldogs by 45 points. Pat Harder ran for 117 yards and two scores on the ground, while the Cards’ quarterbacks combined to throw six touchdown passes.

Sticking with a potent ground game and aerial attack, the Cardinals saw Ray Mallouf complete 14 of 18 passes and tally 252 yards and four touchdowns, while their running backs finished with 299 yards and three touchdowns.

Things went well for the Cardinals in 1923, and they ultimately finished with an 8-4 record, including a gigantic throttling of the Rochester Jeffersons 60-0. The offense was a strong suit for the team that year, finishing second-best in the league.

Offense was undoubtedly not an issue for the Chicago Cardinals in the 1920s, which saw them have another banner year and finish at 9-2-1, the league’s second-best record. In addition, they had the third highest scoring offense, which showed up in their blowout of the Milwaukee Badgers.

The defense took center stage for the Cardinals in their thumping over the Minnesota Vikings in 1963. John Symank recorded a 21-yard interception return, while Bob Paremore forced a fumble and ran it in for another score.

The Chicago Cardinals have done their fair share of feasting over the Detroit Lions, which was prevalent in their 36-point victory in 1948. Mal Kutner was the star of the game, catching six balls for 143 yards and a touchdown.

Jim Hardy had himself a day at quarterback in 1950 when the Cardinals laid a beating down on the Baltimore Colts. Hardy threw for 281 yards and six touchdowns, while wide receiver Bob Shaw caught five touchdown passes.

The Chicago Cardinals were not kind to the Chicago Bears in their massive performance on this date. Dave Mann rushed for 108 yards on 13 attempts while scampering into the endzone twice in the large victory.

Charley Johnson had no difficulty finding his wide receivers in this contest, which saw him total five touchdown passes. Bobby Joe Conrad, Sonny Randle, and Taz Anderson combined for 313 receiving yards and five touchdowns in the win.

The ground game took the St. Louis Cardinals to new heights in their victory over the New Orleans Saints in 1977.