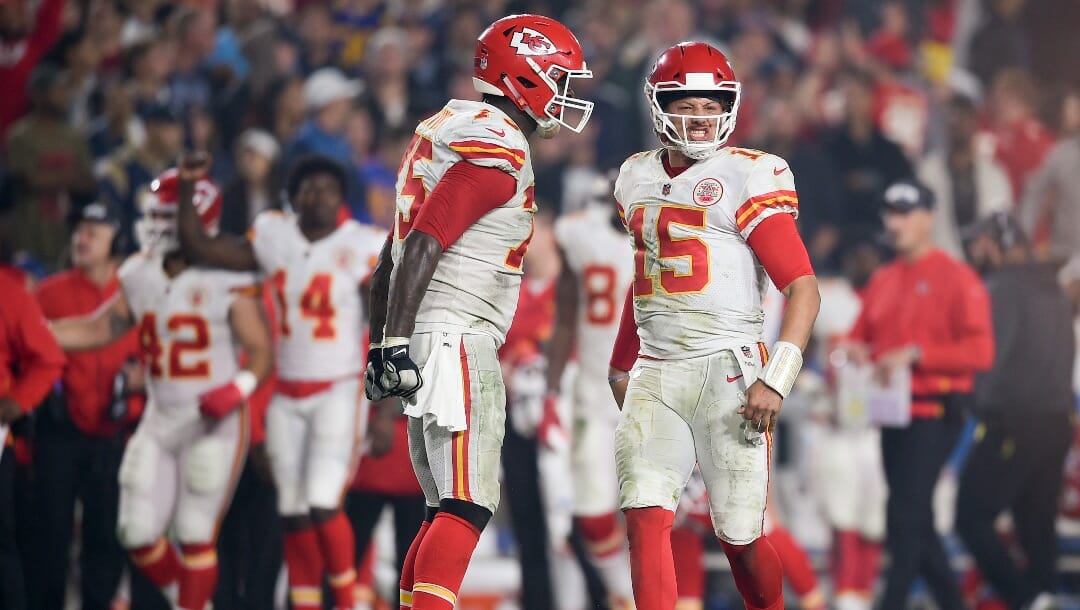 The Kansas City Chiefs have had some historic offenses over the years, and that’s helped them compile some big scores and remain an annual Super Bowl favorite in NFL betting odds.

The first of four instances of the Kansas City Chiefs throttling the Denver Broncos came in 1963. Quarterback Len Dawson completed just 12 passes, but four of them were touchdowns in the highest-scoring game in Chiefs franchise history.

In another beatdown of one of their biggest rivals, the Chiefs took it to the Oakland Raiders and thumped them just ten days before Christmas in 2013.

Alex Smith threw for five touchdowns and had a quarterback rating of 158.3 in a game that kept Raiders’ head coach Dennis Allen on the NFL hot seat.

In the running game of the century, the Chiefs scored eight rushing touchdowns in their victory over the Atlanta Falcons, four from Priest Holmes, who ran for 139 yards on the ground, and four for Derrick Blaylock, who rushed for 90.

In what was already headed for a beatdown, the Chiefs outscored the Broncos 21-0 in the fourth quarter to pick up the 46-point victory in 1966.

Bert Coan was the start in the rushing game on this day, compiling 111 yards and three touchdowns.

The Chiefs and St. Louis Rams collided for a heavyweight tilt in 2000, which saw Kansas City outlast the visitors.

The rushing attack played a significant role with three scores, while Mike Cloud blocked a punt for a scoop and score in the first frame.

Quarterbacks haven’t been prevalent on this list, and that trend continues here, with a performance highlighted by four ground scores from the Chiefs, two of which came from the legs of Mike Garrett.

Mark Hill scampered to the endzone for a 66-yard score on the ground, and the Chiefs pounded the Houston Oilers by 31 points.

Frank Jackson and Otis Taylor caught ten balls for 192 yards and two touchdowns in the win.

In the fourth slaughtering of the Denver Broncos on this list, Len Dawson threw for three touchdowns and 216 yards, with Frank Jackson catching two to help the Chiefs crush the Mile High City.

The Los Angeles Rams defeated Patrick Mahomes and the Chiefs, who still had a field day throwing for 478 yards and six touchdowns.

As the Tennessee Titans tried to put together a comeback attempt late in the fourth quarter against the Chiefs, Kawika Mitchell caused a fumble and took the loose ball 39 yards to the house to seal the victory for the Chiefs.