10 Highest-Scoring Raiders Games: Most Points Ever 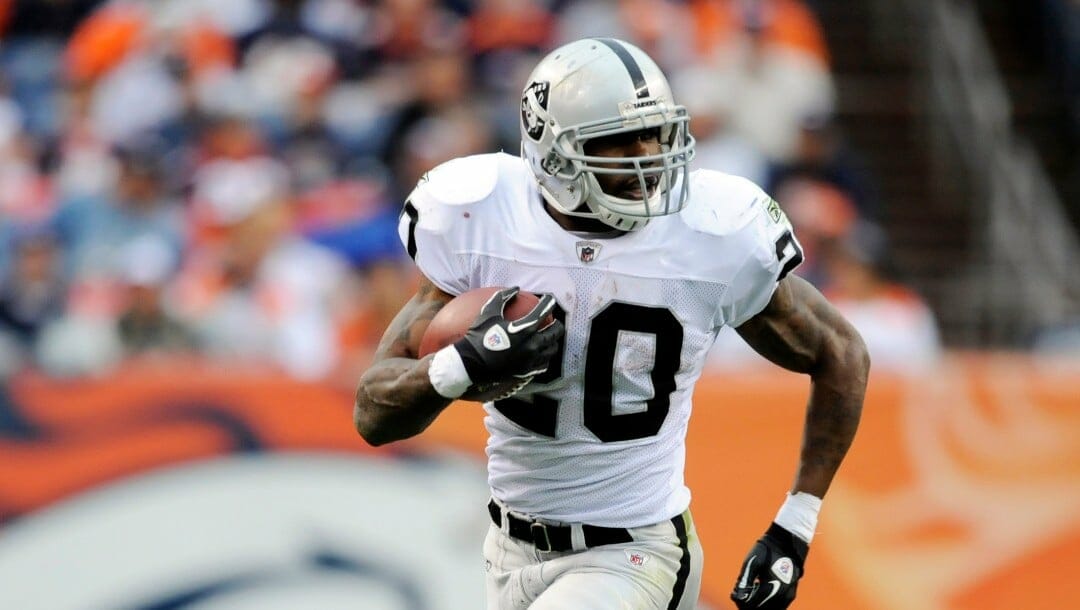 The Las Vegas Raiders have struggled to consistently for decade, but their franchise history is laced with big-time wins, high-scoring games, and one of the league’s best over records in over/under NFL betting in the last 10 years.

Highest-Scoring Raiders Games: Most Points Ever

It only feels right that the Oakland Raiders’ highest-scoring game in franchise history came against the Denver Broncos.

Darren McFadden was a beast on the ground in this victory, rushing for three touchdowns and 165 yards on just 16 attempts as the Raiders helped make Josh McDaniels one of the NFL coaches on the hot seat in 2010.

The Oakland Raiders had a field day against Steve McNair and company on this date, picking off the quarterback four times in the victory.

Rich Gannon capitalized on those picks, throwing for four touchdowns of his own and 381 yards.

Rich Gannon was efficient on this date, throwing for five touchdowns and 230 yards in the Raiders thrashing of the Carolina Panthers.

Two big scores by the defense were all the points the Raiders needed to come out on top, highlighted by a Darrien Gordon 74-yard fumble return.

In a dramatic and high-scoring tilt between the Raiders and Houston Oilers, the home side pulled out a three-point victory that improved them to 10-4 on the campaign. Tom Flores had a big day at quarterback, throwing for 407 yards and a remarkable six touchdowns.

The Oakland Raiders led the San Diego Chargers 16-10 at the half in this game before scoring 35 points in the second half and shutting out the Bolts on offense. The rushing game was vital for the Raiders in this beat down, which saw them run for four touchdowns.

In the most lopsided game on this list, the Raiders scored 51 points and weren’t kind enough to allow the Denver Broncos to get on the scoreboard. The defense was the key to this win, which saw Denver quarterbacks Steve Tensi and Scotty Glacken combine for -53 passing yards, and yes, you read that correctly.

Defense and the ground game was the story for the Raiders in 1979 when they destroyed the Atlanta Falcons by 31 points. Running back Mark van Eeghen scampered for three scores, while Lester Hayes had a  51-yard interception return for a touchdown.

Raiders Quarterback Daryle Lamonica had no issue connecting with his targets in the end zone on this date, throwing for six touchdowns and 313 yards through the air. To finish things off, in the fourth quarter, Al Dotson recorded a safety, and who doesn’t love a good safety?

For the second consecutive game on this high-scoring list, the Oakland Raiders laid a beating on the Buffalo Bills. Rich Gannon continued putting up big numbers in a Raiders uniform in this tilt, throwing for 357 yards and a trifecta of touchdowns.

This top ten list likely wouldn’t be complete without a good crushing of the Kansas City Chiefs. Rich Gannon threw for four touchdowns, but the ground game was extremally effective in this contest, rushing for 231 yards and three touchdowns, led by Tyrone Wheatley with 112.