How Much Did SoFi Stadium Cost to Build? 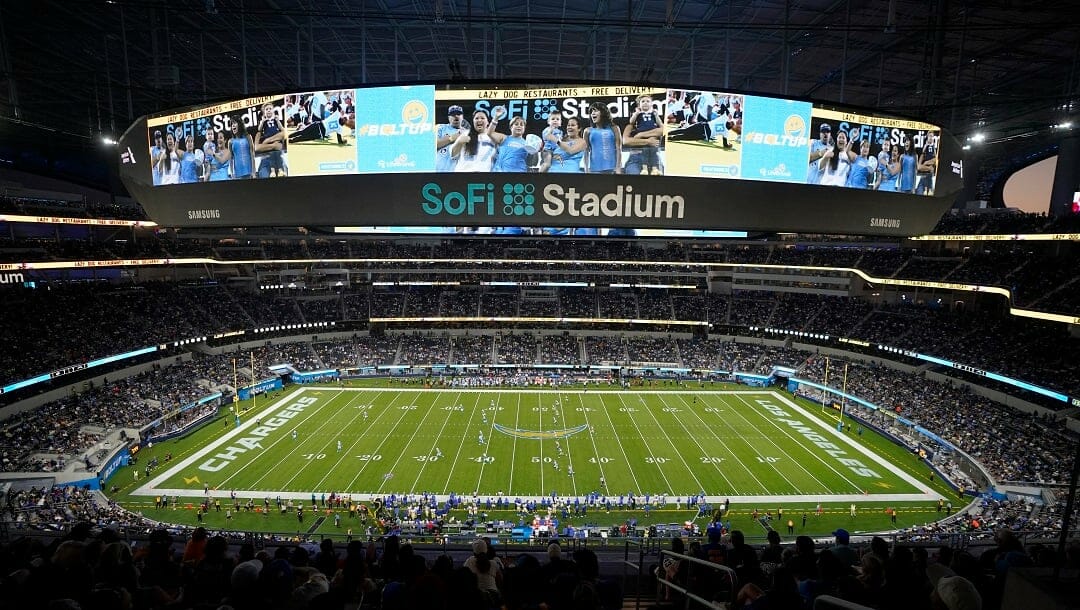 SoFi Stadium opened in 2020 and is the home of the Los Angeles Rams and Los Angeles Chargers.

The 70,000-seat stadium is located in Inglewood, California, and just played host to Super Bowl LVI, which the Rams won.

In addition to the Super Bowl, SoFi Stadium is also set to host other big-time events, such as the College Football National Championship and WrestleMania 39 in 2023.

The stadium was built for a modern sports audience and clearly cost a lot of money.

How Much Did SoFi Stadium Cost to Build?

Rams owner Stan Kroenke privately funded the construction of the stadium, which reportedly cost more than $5 billion to build.

The 3.1 million square foot stadium is the largest in football, and its cost exemplifies that. Not only is this a large venue, but it’s also the first indoor-outdoor stadium in the league, which appears to be a trend that could work in warmer climates.

The SoFi price tag is more than double the reported cost of the recently built Allegiant Stadium, home of the Las Vegas Raiders.

The price of that stadium was listed at $1.9 billion, which shows how much went into the new home of the Rams and Chargers.

The stadium’s video board is longer than a football field, measuring an enormous 120-yards.

Another unique part of this stadium is that there’s a glass roof on top, which isn’t retractable but allows for free-flowing temperatures and the capability to broadcast outside.