Jacksonville Jaguars Super Bowl Odds: The Future is Bright for the Jags 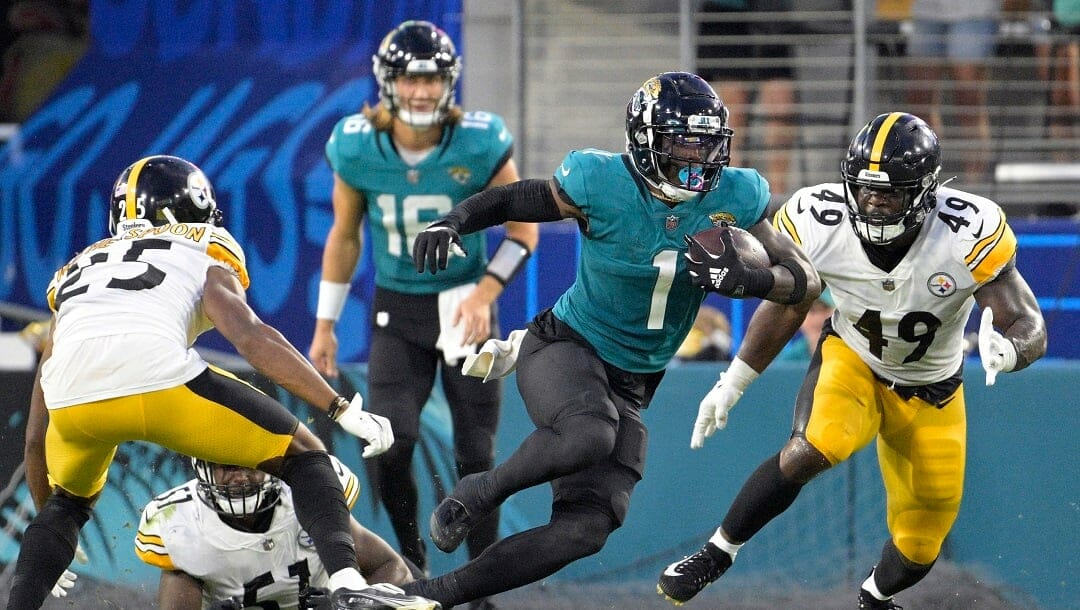 It’s hard to disappoint when expectations are low. After last season’s 3-14 record, the Jacksonville Jaguars can’t sink much further in the NFL odds market.

In the best interest of insulating franchise quarterback Trevor Lawrence, the Jags made some serious upgrades this offseason, adding talent on both sides of the football.

It may not all come together for the Jaguars this season. It’s evident that management is doing everything they can to make this the most competitive iteration of the club possible.

Still, they are well short of competing for a playoff spot and will use this season as a development opportunity for the franchise’s future.

The Jaguars had two first, and two third-round picks in the 2022 NFL Draft, using three of the four selections on defensive players.

Defensive end Travon Walker was selected with the first overall selection and will be expected to make immediate contributions on one of the worst defensive teams in the league.

Devin Lloyd and Chad Muma were selected with the 27th and 70th picks, respectively, and vaulted themselves to the top of the depth chart at linebacker.

Jacksonville ranked in the league’s bottom half in total defense, giving up the fifth-most points. The Jaguars’ standard has been lowered over the last few years, but Walker, Lloyd, and Muma will be part of the solution as Jacksonville builds for tomorrow.

Their talent acquisition didn’t end there, as the Jags used their other third-round pick on Luke Fortner. Fortner is part of a restructured offensive line intended to protect other youngsters, Lawrence and Travis Etienne.

The Jaguars expect to be more competitive on offense and defense. Jacksonville has a wealth of young and talented players to improve both sides of the ball.

Jacksonville didn’t limit itself to building from the draft, signing several notable free agents to mentor their young rosters and help them win now.

To protect Lawrence, Brandon Scherff was added to the offensive line. The former All-Pro and five-time Pro Bowler solidifies the right side of the o-line, giving their star quarterback more time to operate in the pocket.

That should afford Lawrence plenty of time to find new targets, like Evan Engram and Zay Jones, who both inked deals with the Jags in March.

Both straddle the line of possessing a ton of skill and potential to live up to, adding to the Jaguars’ offensive arsenal.

As with any first overall selection, you’re granted a shorter runway to live up to expectations.

Lawrence came out of the gates hot last year, completing 61% of his passes or better in four of his first six starts, including two 300-yard passing games.

The Clemson product fizzled after that, throwing for under 200 yards in six games and leading the league with 17 interceptions.

Lawrence will be held to a higher standard in 2022, and Jacksonville’s moves this offseason suggest that they won’t accept any excuses this year.

After several lean years, the Jaguars are using the 2022 season as a stepping-off point for future success.

Jacksonville added via the draft and free agency to help this team live up to its potential sooner rather than later.

Their franchise quarterback is protected, with several newcomers intended to give Lawrence more outlets, and an improved linebacker corps gives their defense a more intimidating look.

The Jaguars’ +15000 Super Bowl odds set a realistic standard, but we should see their odds decrease over the short and long term as the organization returns to relevancy.