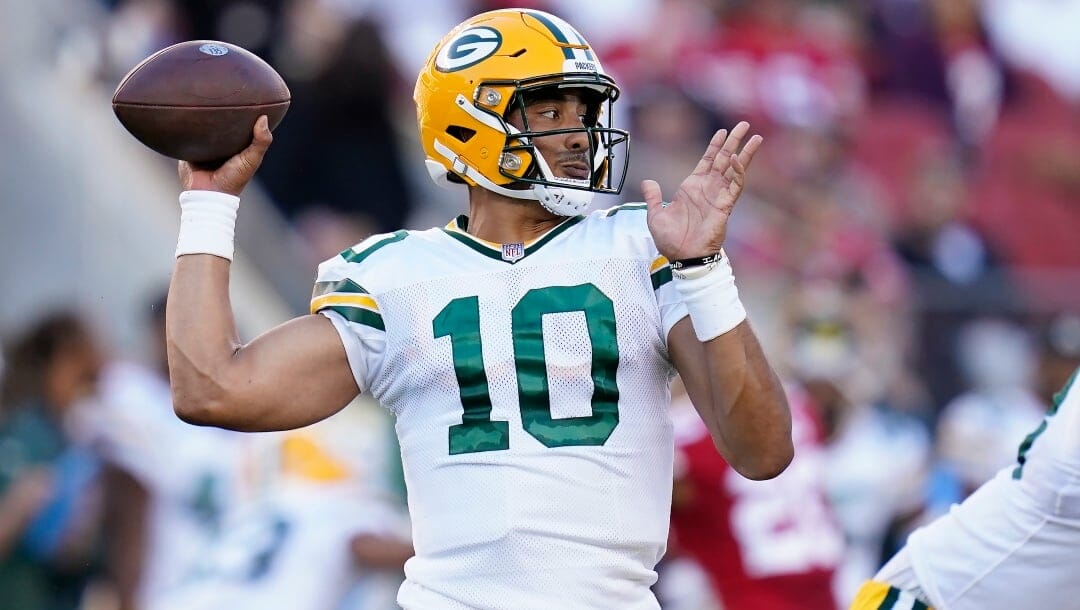 Though they entered the 2022 season with good NFL odds to make the playoffs, the Packers fell short of the postseason with Aaron Rodgers behind center. And the signing of his most recent deal leaves Jordan Love in a peculiar situation.

Love was picked in the first round, 26th overall, in the 2020 NFL Draft. At the time, Rodgers’ future with the franchise was in jeopardy, so looking to the future wasn’t the worst thing the Packers could’ve done.

Remember, Green Bay took Rodgers in the first round of the 2005 draft with Brett Favre still on the team.

But after Love was selected, Rodgers was the league MVP in the following two seasons. The veteran could still play in 2023 at 40 years old, or he could retire. Rodgers signed a three-year, $150.8 million extension in 2022.

That leaves the question: What should the Packers do with Love?

Jordan Love’s salary on his rookie contract is $12.4 million over four years, all of which is guaranteed. That includes a $6.6 million signing bonus. His average salary on the deal is $3.1 million per year.

The Packers have a choice in front of them regarding what Love does from there.

The Packers will need to decide whether to exercise Love’s fifth-year option, which would be in 2024, a year beforehand. The deadline for such options has taken place in early May.

For example, the deadline for fifth-year options on 2019 draft class rookie deals was May 2, 2022. As of Jan. 9, 2023, those drafted in 2020 could sign contract extensions, which is another option for Love and the Packers.

Effective today, members of the 2020 NFL Draft class are eligible for extensions. A deal can be agreed to at any point now.

Going to be a lucrative offseason for some superstars from that class. pic.twitter.com/HMoJ6pRQAi

According to Over the Cap, the money paid out for that rookie deal fifth-year option depends on a tier system. Which tier Love fell under depends on playing time and Pro Bowl selections.

Through three seasons, Love has played in just 10 games with one start. He’s completed 50 of 83 passes (60.2%) for 606 yards, three touchdowns and three interceptions.

After Rodgers left the Packers’ game in 2022 against the Eagles in the second half due to a rib injury, Love looked impressive. He completed 6 of 9 passes for 113 yards with no interceptions and a 63-yard touchdown throw to Christian Watson.

But because of his limited opportunities the past three years, Love would be eligible for a fifth-year option that would be the average of the third- to 25th-highest paid salaries at quarterback over the past five seasons.

To give some perspective, the fifth-year option for quarterbacks in this tier drafted in 2019 would’ve been $19.6 million.

That’s significantly more than Love has been making and it would be a lot for the Packers to cough up for someone who could end up as a backup for that year. Perhaps a Love trade is a possibility at some point, but it would likely have to be soon so a team knows what he’s capable of before giving him more money.

But if the Packers believe he’s worth keeping and developing so he’s ready to take over for Rodgers by 2025, then it could be worth it.