OBJ Team: Who Does Odell Beckham Play For? 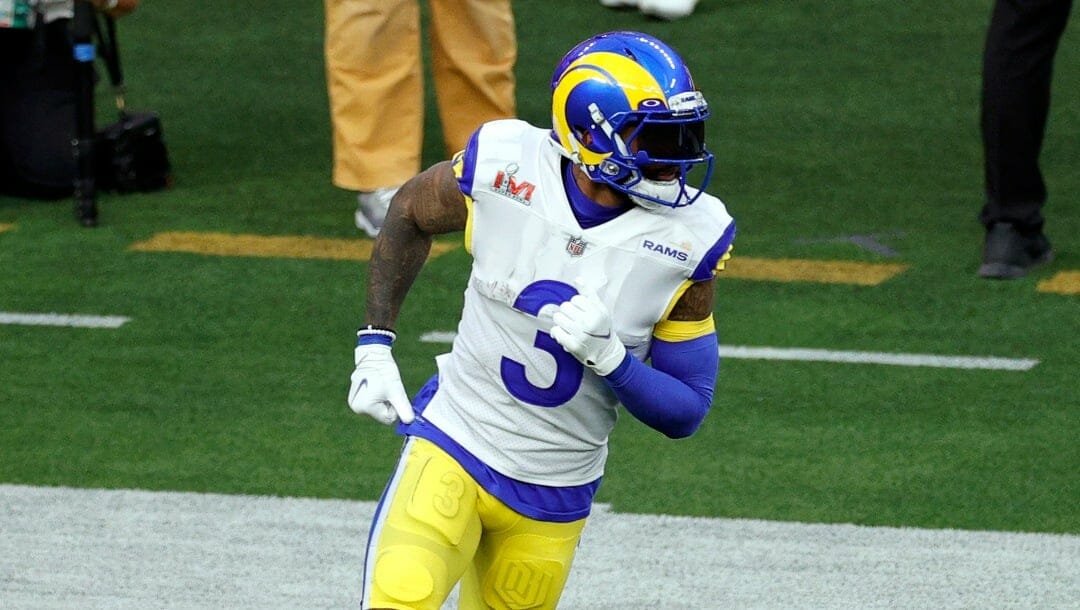 Eight years after he was selected with the 12th overall pick in the 2014 NFL Draft, Odell Beckham Jr. cashed NFL betting tickets for the first touchdown scored in Super Bowl LVI en route to his first championship.

Who Does Odell Beckham Play For?

After winning a Super Bowl with the Los Angeles Rams, Beckham became a free agent as he rehabbed a torn ACL suffered in the Rams’ win over the Bengals.

And while the Rams didn’t re-sign him after playing eight regular-season games and four postseason games last season, several reports suggested OBJ could return to the Rams for 2022 if he’s able to play.

Rams’ head coach Sean McVay has said on multiple occasions he’d love to have Beckham back.

Throughout the summer, OBJ and former Rams teammate Von Miller have flirted with the idea of teaming up on the Buffalo Bills. Through multiple social media posts, the two former teammates seem to like the idea of running it back in Buffalo.

Beckham Jr. commented on Miller’s Instagram post, saying, “What’s the locker next to u look like!!!?” Miller would reply, “Let’s chase this ring…AGAIN,” triggering yet another interesting message from Beckham. The wideout replied, saying, “Von don’t start this. U know how it ended last time….” Could this be a hint at a future deal getting done?

If Beckham were to join the Bills, with MVP favorite Josh Allen as his quarterback, the wideout would be a massive addition in Buffalo once he fully recovers from his ACL injury.

Beckham had some of his best seasons in New York. A return by OBJ could be interesting to pair with Brian Daboll, the new head coach and offensive guru for the Giants. Odell has commented to Giants fans and others recently recommending a return to New York.

“Come back to New York, we need you ASAP no rocky,” posted a Giants fan, to which OBJ replied, saying, “I do miss my damn squad! Wanted to win a ring for that city.”

The wideout seems to enjoy free agency on social media, but this is something to watch moving forward.

The Indianapolis Colts and Green Bay Packers are two teams that have reportedly had an internal discussion about bringing in the wideout. These two teams need wide receivers, so it stands to reason that the best receiver on the market would attract interest.

Aaron Rodgers would immediately become Beckham’s best quarterback to date, and once healthy, the WR1 spot would seemingly be his to take.

On the other hand, the Colts seem to be set back a bit by the receiver’s injury and are waiting to see how his rehab progresses in the coming weeks. Nonetheless, the wide receiver could be a considerable boost in an offense under Frank Reich and a quarterback like Matt Ryan, whom OBJ openly supports.