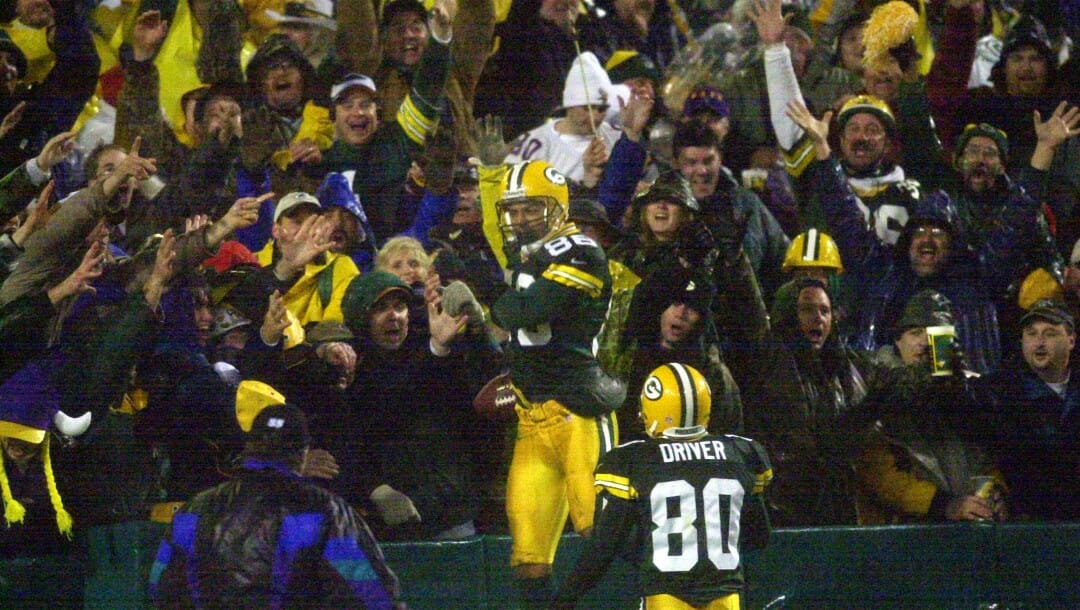 The Green Bay Packers and Minnesota Vikings have shared some iconic battles on the gridiron, which has helped form one of the NFL’s best rivalries.

While the Packers are most often atop NFC North odds in NFL betting, the rivalry has been tightly contested for years.

The Minnesota Vikings and Green Bay Packers have had some superb clashes over the years, but the one that stands out the most was on Monday Night Football in 2000.

Many people know this game as “The Catch,” which signifies one of the craziest finishes to a game in NFL history. Antonio Freeman caught a 43-yard touchdown pass from Brett Favre in overtime to seal the game, but how he caught the football made this catch memorable.

The pass from Favre hit Freeman’s legs as he was headed to the ground and bounced up, leading to a catch that is still on highlight reels to this day.

Both sides of this rivalry have seen moments where one team is a whole lot better than the other, which was supposed to be the case when they met in the 2004 playoffs.

The Vikings and Packers have played twice in the postseason, with this meeting causing a stir once the clock ran out and Minnesota advancing to the Divisional Round. The Packers entered this matchup as favorites after a 10-6 record, while the Vikings snuck into the playoffs at 8-8.

Not only did the Vikings’ defense come to play and pick off Brett Favre four times, but the iconic image of Randy Moss mooning the Green Bay faithful also took centerstage after scoring his second touchdown of the game.

This was the last postseason game for Packers’ head coach Mike Sherman, who landed on the NFL hot seat – and eventually unemployment line – a year later.

It’s going to be a common theme to have Aaron Rodgers listed as the top performer in an NFC North rivalry.

Rodgers has not only made plenty of noise against the Chicago Bears, but he’s been arguably even more effective against the Vikings. At 16-10-1, the Packer’s head-to-head record against Vikings with Rodgers at the helm is satisfactory, but his individual numbers are what stand out. Rodgers has accumulated a passer rating of 110.4, throwing for 6,803 yards and 56 touchdowns, with only seven interceptions.

The Packers and Vikings have had some icons over the years, but it’s not hard to make a case to put Rodgers at the forefront.

BetMGM is the King of Sportsbooks and the King of Parlays, especially during the NFL season.

Whether you like three-time moneyline parlays with heavy favorites, player prop parlays for quarterback passing yardage totals, or multi-sport parlays with spreads for NFL, MLB, and college football games, there are a variety of opportunities to increase your excitement this season.