What TV Channel Is Broadcasting the Super Bowl? 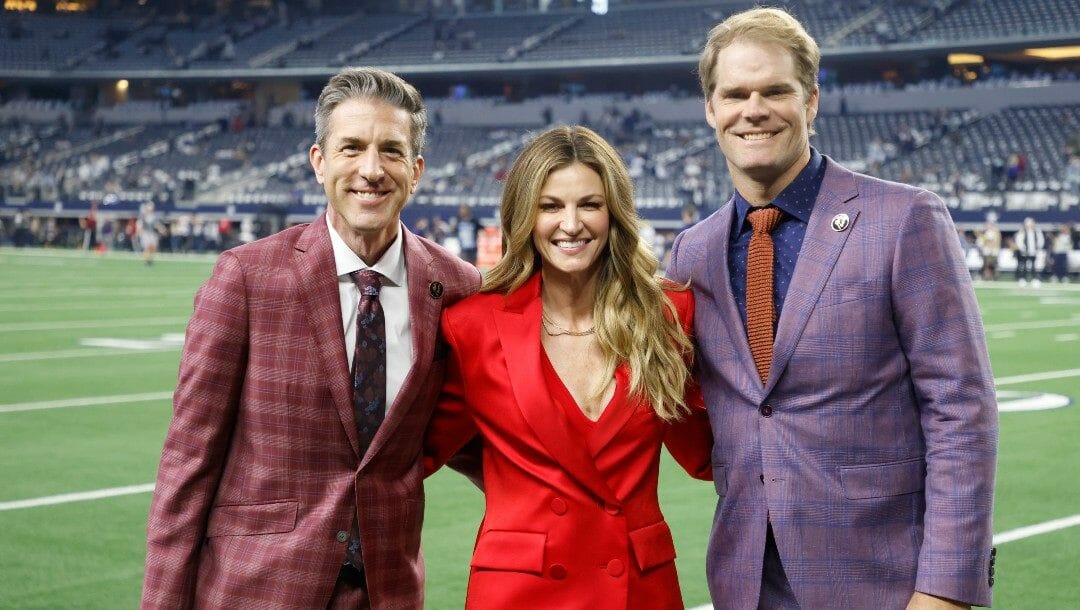 Super Bowl LVII will be broadcasted on FOX on Feb. 12, 2023. The Kansas City Chiefs are set to face the Philadelphia Eagles at State Farm Stadium in Glendale, Arizona.

As of Sunday, Jan. 29, the Eagles are a 2.5-point favorite at the online sportsbook.

FOX’s last Super Bowl was three years ago when the Chiefs beat the 49ers in Super Bowl LIV at Hard Rock Stadium in Miami Gardens, Florida.

Kevin Burkhardt and Greg Olsen will be broadcasting the game on FOX. This will be their first Super Bowl. They took over as FOX’s No. 1 crew following Joe Buck and Troy Aikman leaving for ESPN this year.

Erin Andrews and Tom Rinaldi will be the sideline reporters.

Who is Kevin Burkhardt?

Prior to FOX, he was a reporter for SNY on the New York Mets broadcast from 2007-14.

Who is Greg Olsen?

Greg Olsen is the lead NFL analyst for FOX.

Will Tom Brady Be Part of the Super Bowl Broadcast?

Although Tom Brady reportedly has agreed to a 10-year deal with FOX worth up to $375 million to broadcast games when he retires, it does not appear he will be part of the Super Bowl broadcast this year.

Under the four-network rotation that will take effect in 2024, the league awarded NBC the Super Bowl during the Winter Olympic years.

From offseason futures like win totals and division winners to in-season betting on spreads and player props, updated NFL odds are always available at BetMGM.

Whether you’re a first-time bettor browsing over/under totals, a casual fan building a parlay from player props, or a longtime diehard breaking down weather trends for late-season games, there’s something for everyone.