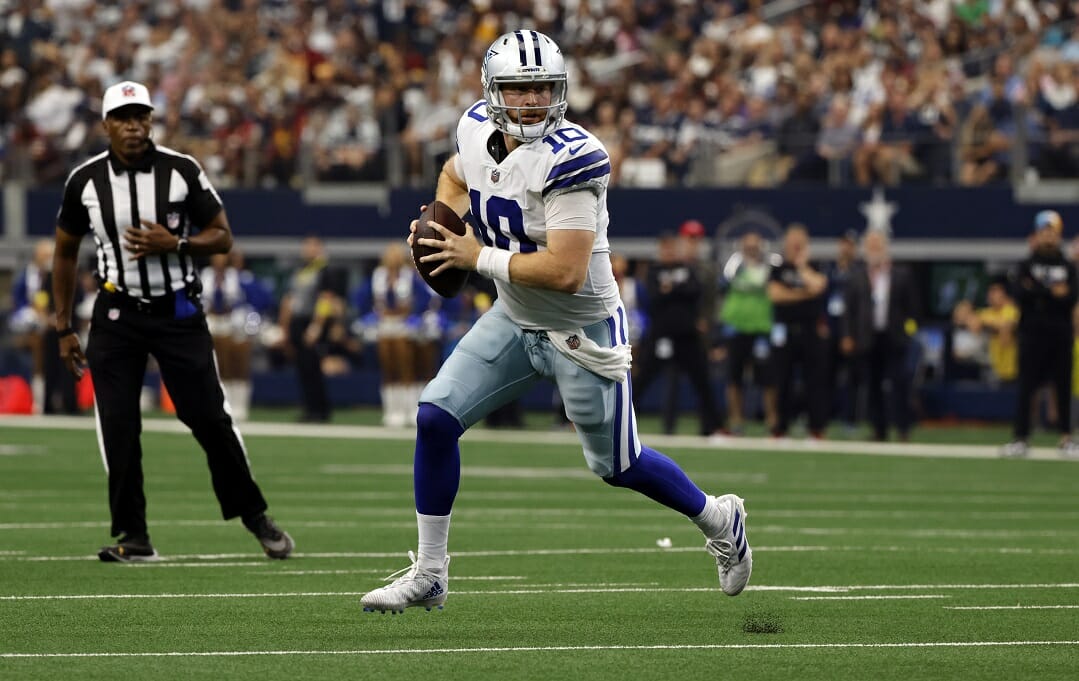 When Dak Prescott needed surgery on his thumb after a Week 1 loss to the Buccaneers, the online sports betting world let out a collective groan. The Cowboys were a popular divisional favorite throughout much of the preseason.

As it turns out, the Cowboys have remained competitive despite the absence of Prescott.

The primary reason for that is one of the league’s best defenses.

But this is a quarterback-centric world, which means thousands of NFL fans have questions about Dallas Cowboys quarterback Cooper Rush.

Where Did Cooper Rush Go To College?

Cooper Rush played 50 games as the starting quarterback at Central Michigan from 2012-16.

Cooper Rush was not drafted – he signed as an undrafted free agent with the Dallas Cowboys after the 2017 NFL Draft.

What Is Cooper Rush’s Salary?

Dallas Cowboys Quarterback: Who Is the Cowboys Backup QB for Cooper Rush?

The Cowboys’ depth chart doesn’t list anyone other than Cooper Rush or Dak Prescott right now, so the most likely emergency quarterback is practice squad QB Will Grier.

If Rush gets hurt and Prescott isn’t ready to return, the Cowboys would likely turn to Grier.

Grier started two games with the Panthers in 2019 and hasn’t appeared in a game since, so it’s hard to imagine he’d be effective if pressed into service.

That said, there were very few signs that Rush would be this effective, so it’s hard to say anything definitively about Grier.

Yet another reason why it’s so hard to bet on NFL.

Like most young and undrafted quarterbacks, Rush did not immediately find a starting job in the NFL.

Rush remained with Dallas as the backup quarterback for the duration of his rookie contract, but he was squeezed off the roster when Dallas signed Andy Dalton and drafted seventh-rounder Ben DiNucci in 2020.

He was signed off waivers by the Giants but cut for a second time just a few weeks later.

Rush returned to the Dallas organization in 2021 as the practice squad quarterback and ultimately beat out several players – including DiNucci – for the backup role.

He made his first career NFL start in Week 8 against the Vikings.

Dak Prescott has almost fully recovered from the thumb injury he suffered in the Cowboys’ Week 1 loss to Tampa Bay, which means he could be preparing to return to the field soon. The stitch from his surgically repaired thumb has been removed.

Until his return is formally announced, though, the Cowboys will continue to lean on Cooper Rush, who has fulfilled his backup role quite admirably in these past three weeks.

NFL betting lines haven’t given the Cowboys much of a chance with Rush taking the snaps, but the Cowboys are 3-0 this year during his starts.