Which QBs Were Drafted Ahead of Josh Allen in 2018 NFL Draft? 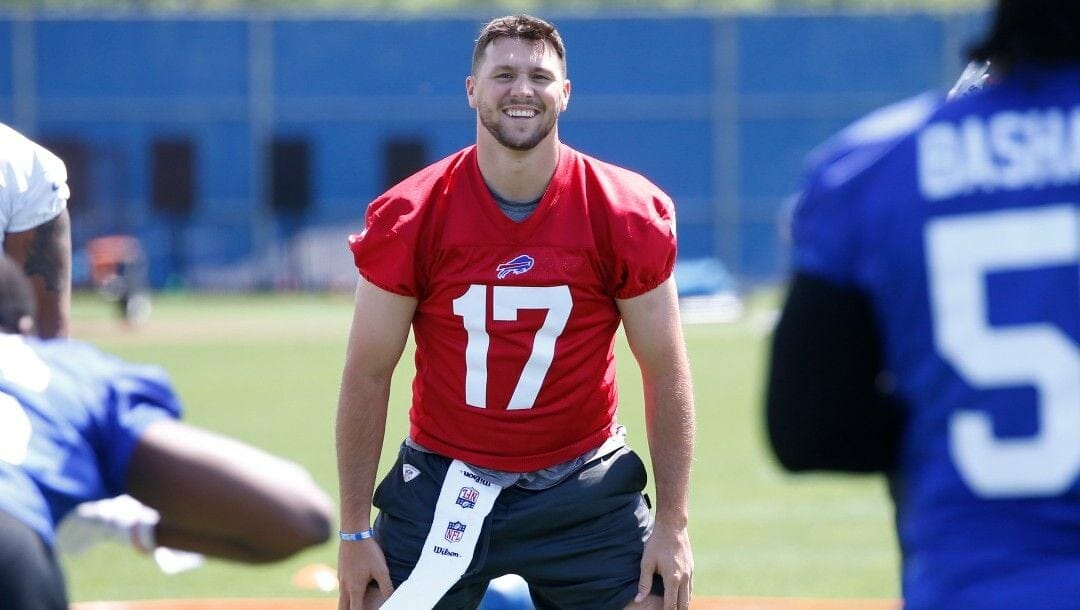 Josh Allen of the Buffalo Bills, who have the best NFL odds to win the Super Bowl in 2022, has emerged as one of the most talented quarterbacks in the league, yet he wasn’t selected first in his draft class in 2018.

Which Quarterbacks Were Drafted Ahead of Josh Allen?

During the 2018 NFL draft, Allen was selected seventh overall by the Bills out of Wyoming.

Two quarterbacks were selected ahead of Allen — Baker Mayfield and Sam Darnold.

In a surprising move by the Cleveland Browns, they opted to select Mayfield from the Oklahoma Sooners with the first overall selection. Mayfield was just traded during this offseason to the Carolina Panthers.

Ironically, he is now teammates with the other quarterback selected ahead of Allen in the 2018 draft — Sam Darnold. The USC product landed with the New York Jets at the No. 3 selection, which ended in an ugly divorce that has yet to see him find his footing as an NFL signal caller.

Christian McCaffrey later explained how Sam Darnold and Baker Mayfield are working together, and that means wonders for Panthers Nation 💪 pic.twitter.com/x7noztoFHh

What’s clear from this draft class is that Allen has supplanted both Mayfield and Darnold as the top quarterback in the class and would likely be the first overall selection if the 2018 NFL Draft redrafted today.

The fifth-year quarterback has seen three winning seasons of his four at the NFL level and has helped put Buffalo back on the map as a Super Bowl contender.

Allen is coming off a 2021 campaign that saw him throw for 4,407 yards and 36 touchdowns, one off his career-best of 27 set in 2020 when he was runner-up for the MVP. After his MVP-caliber season, Allen signed a lucrative extension with the club, making him the second-highest-paid quarterback behind Patrick Mahomes.