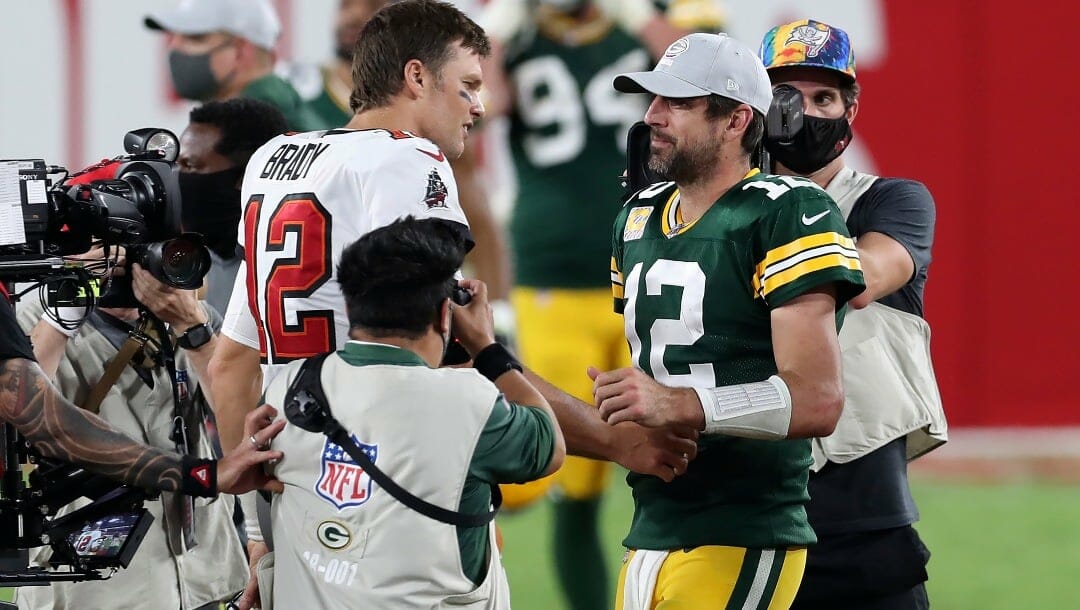 As you browse NFL betting lines for betting opportunities throughout the season, let’s ask the question: Who’s the oldest player in the NFL right now?

Tom Brady is the oldest active NFL player in 2022.

At 45, Brady is in 23rd season in the league. Following a season in which he led the NFL in passing yards (5,316) and touchdowns (43), the quarterback continues to defy the odds and demonstrate that age is just a number.

The Michigan alum shows no signs of slowing down.

The 199th pick of the 2000 NFL draft, he spent 20 seasons in New England with the Patriots. The Brady legacy began after an injury to then-starting quarterback Drew Bledsoe in 2001. The sixth-round pick made a name for himself from that point.

In his time in Foxboro, Brady won six rings with the Patriots. Leading New England to all six of the franchise’s Vince Lombardi trophies, the 6-foot-4 game manager will go down as the best player in Patriots history, if not ever.

In 2020, the inevitable happened when Brady left the Patriots to join the Tampa Bay Buccaneers, where he would bring his winning ways with him. The same year he joined the Bucs, the team would advance to the Super Bowl. For the first time since 2003, Brady brought Tampa Bay another championship and managed to add to his Super Bowl ring collection.

After the 2021 season, the legend announced his retirement from the sport he loves. It took 40 days for Brady to realize that he couldn’t leave the game yet. Brady unretired and has since recruited bigger names such as wide receiver Julio Jones to join him.