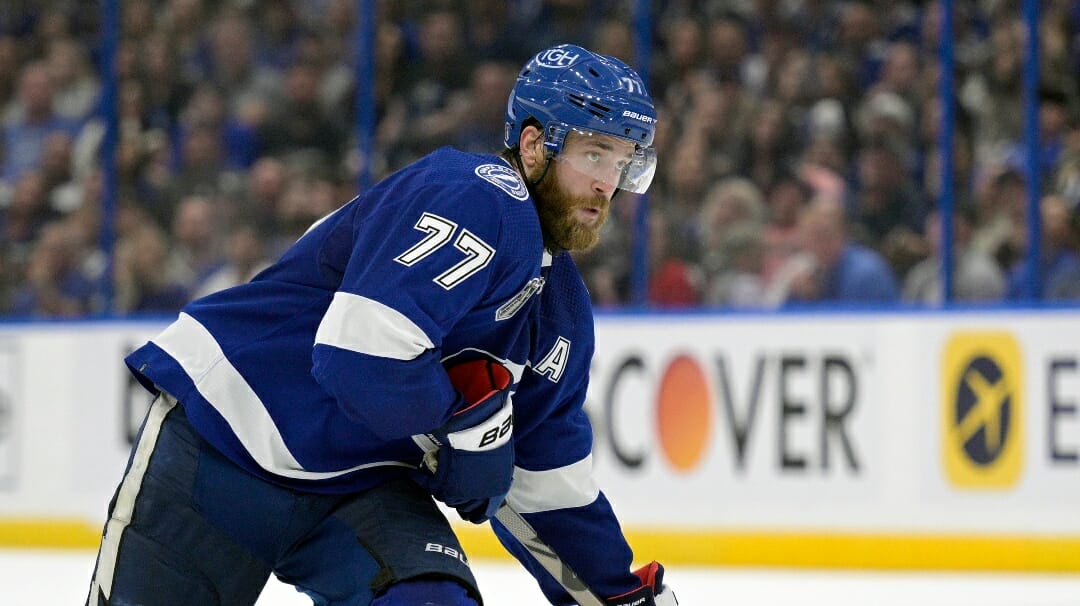 McAvoy is the solo non-winner of the group, while Makar and Hedman are the only two who have won the Norris, the Conn Smythe, and the Stanley Cup.

Nicklas Lidstrom was the last player to win the Norris in successive seasons. The Red Wings’ legend won it in three consecutive seasons from 2006-08, reeling off six Norris Trophies in seven years.

Makar is touted as the next big thing and is expected to emulate Lidstrom’s – even Bobby Orr’s – success during his career.

Makar has already won the Calder, Conn Smythe, Norris, and Stanley Cup at the age of 23. Makar, who is only missing the Hart Trophy as far as the most esteemed individual honors go, makes an excellent MVP sleeper pick.

While McAvoy is still awaiting his first nod as a Norris Trophy finalist, the 24-year-old is undoubtedly coming of age. He is a pivotal member of the Bruins’ blue line and  highly regarded across the NHL.

McAvoy finished the 2021-22 campaign 11th in scoring among defensemen with a career-high 56 points in 78 games. While McAvoy is definitely in the running to win his first Norris Trophy, he’s the unequivocal outsider of the five favorites.

At +850, Hedman represents the best value of the five Norris favorites. Hedman won the Norris Trophy in 2018 and has been named a finalist every season since ascending to prominence in 2016-17.

The five-time runner-up is primed for another ascent to the summit after playing second fiddle for over half a decade.

Entering his 14th NHL campaign, Hedman has a few more years at his indomitable best before the sands of time start catching up. The 31-year-old won the 2020 Conn Smythe and will feel aggrieved if he cannot snatch at least one more Norris Trophy.

With two Stanley Cups to fall back on, Hedman certainly won’t be disconsolate if he doesn’t manage to win another Norris Trophy.

Hedman finished the 2021-22 campaign with a career-high 85 points in 82 games, third best among NHL defensemen. Aside from Makar and Josi’s 2021-22 numbers, Hedman’s 85 points were the most of any defenseman since Brian Leetch equaled the total in 1995-96.

The 2021 Norris Trophy winner is the joint-second favorite to claim the honor in 2022-23. Fox finished the 2021-22 season as the fourth-leading scorer among defensemen, with 74 points from 78 games. He won the Norris Trophy after the abbreviated 2020-21 campaign and enjoyed his best 82-game campaign last year.

Entering his fourth NHL season, the 24-year-old is a generational talent seen as the biggest threat to Makar’s prospective long-term dominance. He offers solid value at +650 but will probably fall just short of winning his second Norris Trophy in three seasons.

Josi, a 2021-22 Norris Trophy finalist, enjoyed a dominant offensive season. He led all defensemen with 96 points in 80 games, the most scored by a blueliner since Phil Housley’s 97 in 1992-93 with Winnipeg.

The 2020 Norris Trophy winner offers the most explicit threat to Makar’s two-in-a-row quest. However, like Hedman, Josi’s remaining time at the top is finite.

The 32-year-old has another three or four seasons to win his second Norris Trophy, with the 2022-23 campaign probably representing his best shot of securing the esteemed honor.

In 2021-22, the defensive stalwart scored more than a point per game for the first time in his 11-year career at Nashville, so age certainly isn’t hindering his productivity, at least yet anyway.

In 2021-22, Makar had one of the most dominant seasons of any blue liner in 20 years. He won the Norris Trophy and Conn Smythe, becoming the first defenseman to secure the double since Lidstrom in 2002.

While he’s still only 23 years old, Makar is expected to enjoy the similar success that Lidstrom achieved, maybe even Orr. Lidstrom won seven Norris Trophies, while Orr secured eight, the most of any defenseman. Makar has a long, challenging road ahead if he is going to rival their fantastical accomplishments.

Although, if Makar’s first three NHL seasons are anything to go by, he’s on the trajectory to become one of the most decorated blueliners of all time.

It’s no wonder Makar is the heavy NHL betting favorite to retain his status as the world’s best defenseman.