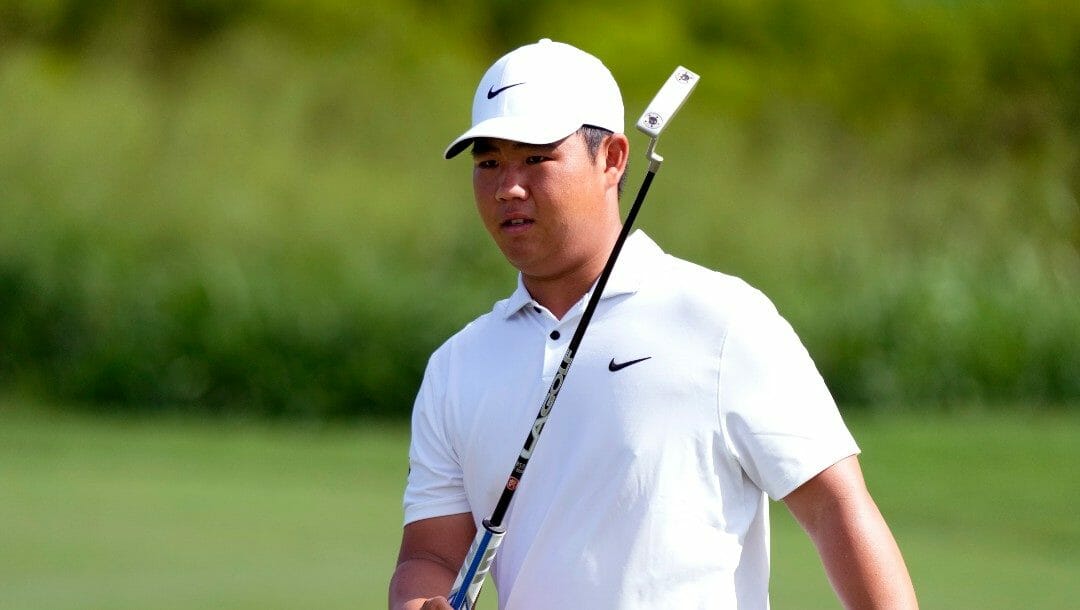 While the PGA Tour will be in Hawaii for the second straight week with the Sony Open in Hawaii, it will be completely different than last week’s Sentry Tournament of Champions.

First, it’s the full-field event (144 players); second, Waialae Country Club is a much different course than The Plantation Course. Last week at Kapalua, it was a birdie-fest with wide fairways that rewarded the longer hitters. Players will have to deal with a much tighter course this week in Honolulu, and the scores will not be as low.

However, playing the week before the Sony Open in Hawaii helps a great deal when it comes to golf betting.

Five of the last six winners at the event played the week prior, and over the last six years, 73% of the players who played at the Sentry Tournament of Champions made the cut at the Sony Open in Hawaii, per Action Network’s Jason Sobel.

So, who are the bettors targeting this week?

As of Tuesday at the BetMGM online sportsbook, Jordan Spieth (+1600) and Tom Kim (+1100) are the two most popular players.

Kim will be making his tournament debut, while Spieth hasn’t played in it since 2019, when he missed the cut. Spieth’s best finish at the event came in 2017 when he finished third.

Both players had solid weeks at Kapalua, with Kim finishing T-5 while Spieth was T-13.

They are also both known for their ball striking, which will play a big factor in who plays well this week.

Hideki Matsuyama (+2000) is the defending champion, and it’s no surprise he’s among the most popular players to bet on. He finished T-21 a week ago.

Russell Henley (+2200) is also a popular pick, given his history at the event. He lost in a playoff to Matsuyama a year ago and won the event in 2013. Henley was T-30 last week, but this course is much more suited for his game.

This seems to be a week to target players who can keep the ball in play, and length won’t matter very much.