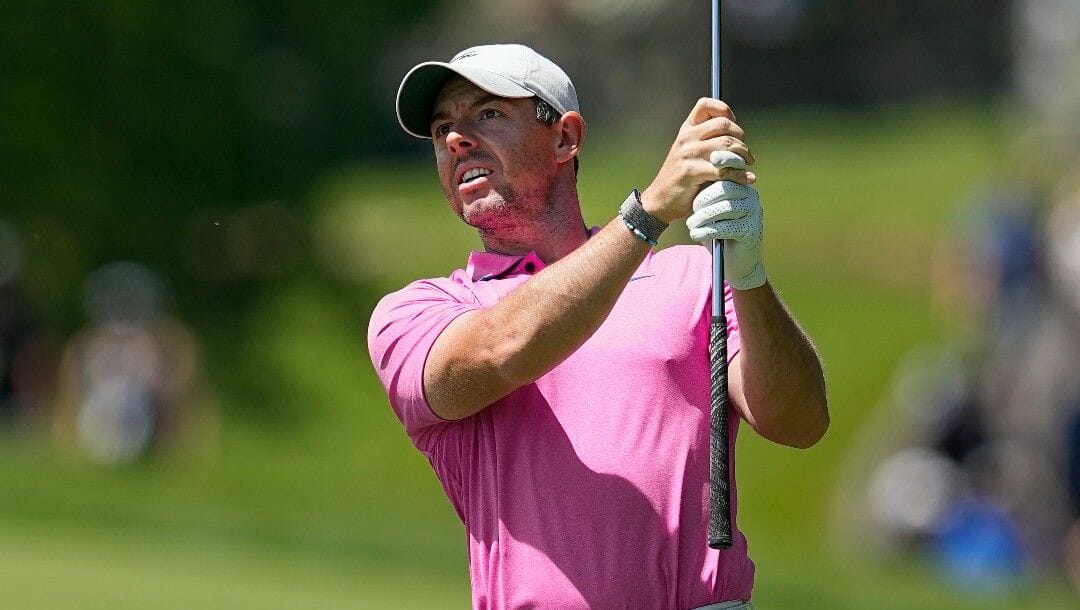 Since a below-average start of the year by his standards, Rory McIlroy has turned things up a notch of late, and the golf betting world seems to be taking notice ahead of this week’s RBC Canadian Open.

At the BetMGM online sportsbook as of Tuesday, McIlroy is drawing the second-most tickets at 5.34% and the highest handle at 11.1%.

He’s only percentage points behind Canadian Corey Conners for the most tickets and he’s the only player in the field to be in double-digits in terms of handle percentage.

While McIlroy hasn’t won on the PGA Tour since The CJ Cup last October, he’s quietly on a solid run of late since missing the cut at the Valero Texas Open the week before the Masters.

He has four straight top-20 finishes, two of which have been in the top 5, including a second-place finish at the Masters. McIlroy also finished in eighth place at the PGA Championship last month.

When it comes to golf betting for the event this week, there is not much data to go off of. First off, The Canadian Open is back following a two-year hiatus due to COVID. Secondly, it will be played at St. George’s Golf & Country Club just outside Toronto for the first time since 2010.

With bettors heavily backing McIlory and Cameron Smith (second-highest ticket percentage and second-highest handle percentage), it appears the strategy this week is simply going with the best players.

These two players are ranked eighth and fourth in the world, respectively.

McIlroy has the third-best golf odds to win at +1000, while Smith is fourth at +1200. Scottie Scheffler, who has won four times this season, has the best odds at +800, followed by PGA Championship winner Justin Thomas at +900.

Scheffler is the only player in the field ranked higher in the world rankings than Smith, while Scheffler and Thomas are the only two to rank ahead of McIlroy.

The 33-year-old McIlroy also has some past success in Canada to lean on. He won the event in 2019, which was the last time it was played.

It’s no surprise Conners and Hadwin are drawing solid action this week as both are from Canada. But, a Canadian hasn’t won the Canadian Open since 1958.

In addition, bettors aren’t buying Scheffler, the No. 1 ranked player in the world, this week. He has generated only 4% of the tickets. In his last start, he lost to Sam Burns in a playoff at the Charles Schwab Challenge.