Bettors Like Max Homa to Repeat at Fortinet Championship 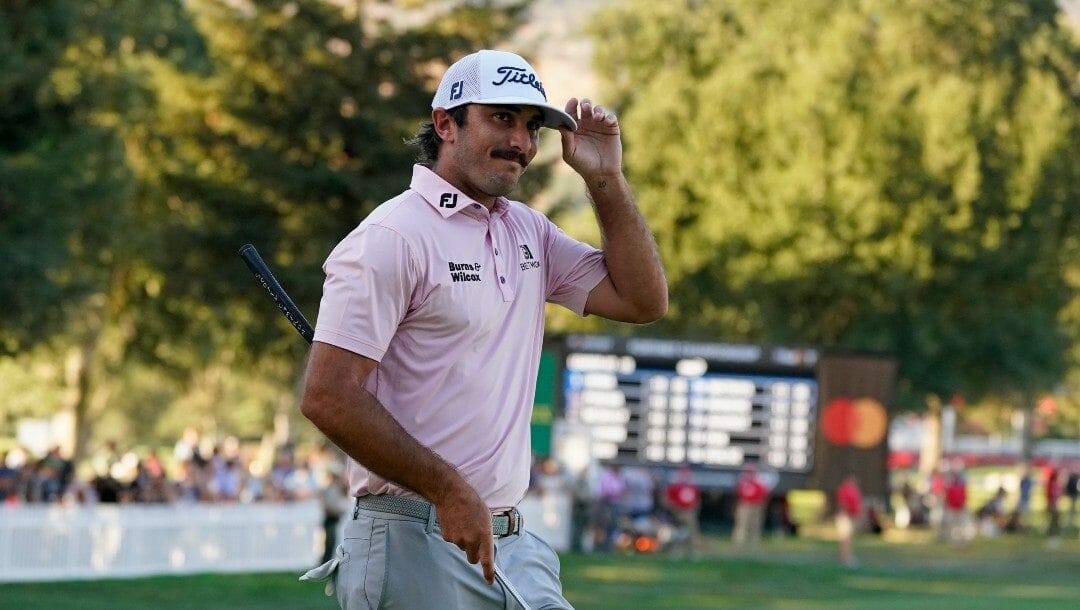 The shortest offseason in sports is over, which means golf betting is officially back.

The 2022-23 PGA Tour season gets underway this week with the Fortinet Championship at the Silverado Resort & Spa in Napa, California.

Last year on the PGA Tour, three players defended their titles from the year prior: Sam Burns at the Valspar Championship, K.H. Lee at the AT&T Byron Nelson and Patrick Cantlay at the BMW Championship.

Max Homa, who has the best golf odds to win (+1400), will be looking to accomplish the feat this week, and bettors at the BetMGM online sportsbook like his chances.

As of Tuesday, Homa is leading the way with 15.6% of the handle on 8.2% of tickets (second to Sahith Theegala). The 31-year-old is coming off his best year on Tour, winning twice and finishing fifth at the Tour Championship.

Because of his strong season, he was one of six United States captain’s picks for next week’s Presidents Cup. Homa will use this week as a tune-up following a few weeks off.

Last year at the event, Homa fired back-to-back 65s over the weekend to best Maverik McNealy by a stroke.

At 7,123 yards, the Silverado Resort & Spa is one of the shortest courses players will play all year. It’s highlighted by four reachable par-5s, meaning players with a history of performing well on shorter par-5s have a solid chance of playing well this week.

Homa enters the week as one of the 10 best players in the field regarding par-5 scoring on holes measuring 550-600 yards.

McNealy, who has had a ton of success at events in California where he played his collegiate golf (Stanford), is another player generating a lot of betting interest.

He is currently drawing the third-most tickets (6.3) and third-most handle (9%).

Meanwhile, coming off a solid rookie season, Theegala is pulling in the most tickets (8.9%) and second-most handle (10.3).

The Pepperdine product finished T-46 at the event last year, partly due to a final round 75.

Hideki Matsuyama, tied for Homa with the best golf odds to win, will also be playing in the Presidents Cup next week.

Five players teeing it up will be at Quail Hollow next week for the event – Homa, Matsuyama, Corey Conners, Taylor Pendrith and Cam Davis.

All five players are in the top 7 when it comes to ticket percentage this week.