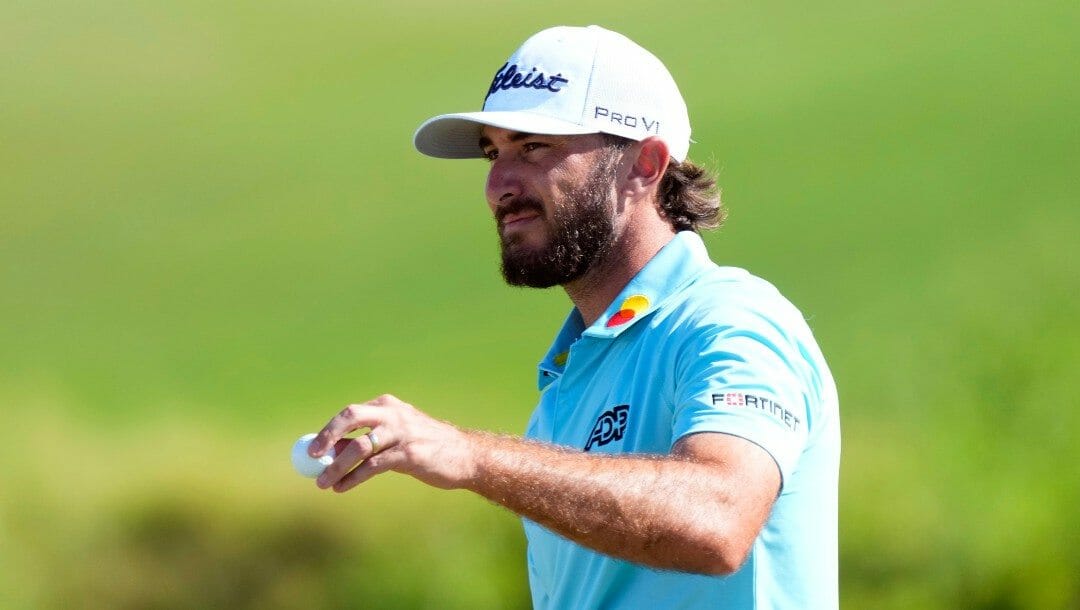 Max Homa has emerged as one of the top golfers in PGA Tour odds over the last few years, and a significant reason why has been his play in his home state of California with courses that have poa greens.

Born and raised in Los Angeles, the 32-year-old has played in 12 events on poa greens on the West Coast (Farmers Insurance Open, AT&T Pebble Beach Pro-Am, Genesis Invitational and Fortinet Championship) in the last three years.

At the BetMGM online sportsbook, bettors expect another strong week for Homa (+2200) at the Farmers Insurance Open. As of Tuesday, he’s drawing the second-most tickets (7%) and second-most handle (11.6%).

In his last three starts at the event, he has a T-18 and a T-9, and he’s a much more confident player than he was even two years ago.

Homa is coming off a T-3 at the Sentry Tournament of Champions in his last start.

Schauffele (+1200) is pulling in the most tickets (8.4%) and the third-most handle (10.1%). He was born in San Diego, the site of this week’s event, but has an inconsistent record at events played at Torrey Pines.

In 2021, he finished T-2 at the Farmers Insurance Open and T-7 at the U.S. Open, but besides those tournaments, his best finish at Torrey Pines is a T-25. He’s missed the cut at this event four times since 2016.

The 29-year-old had to withdraw from the Sentry Tournament of Champions earlier in the month due to a bad back but showed no signs of it bothering him last week at The American Express, where he finished T-3.

Following wins in his preview two starts, Rahm is a massive favorite this week (+450), and for good reason. On top of playing tremendous golf, he won the 2017 edition of the event and the 2021 U.S. Open, played at Torrey Pines.

He has four wins in his last seven starts worldwide, and in the other three events, he finished T-2, T-4 and T-8.