What To Know About St. Andrews For British Open Betting 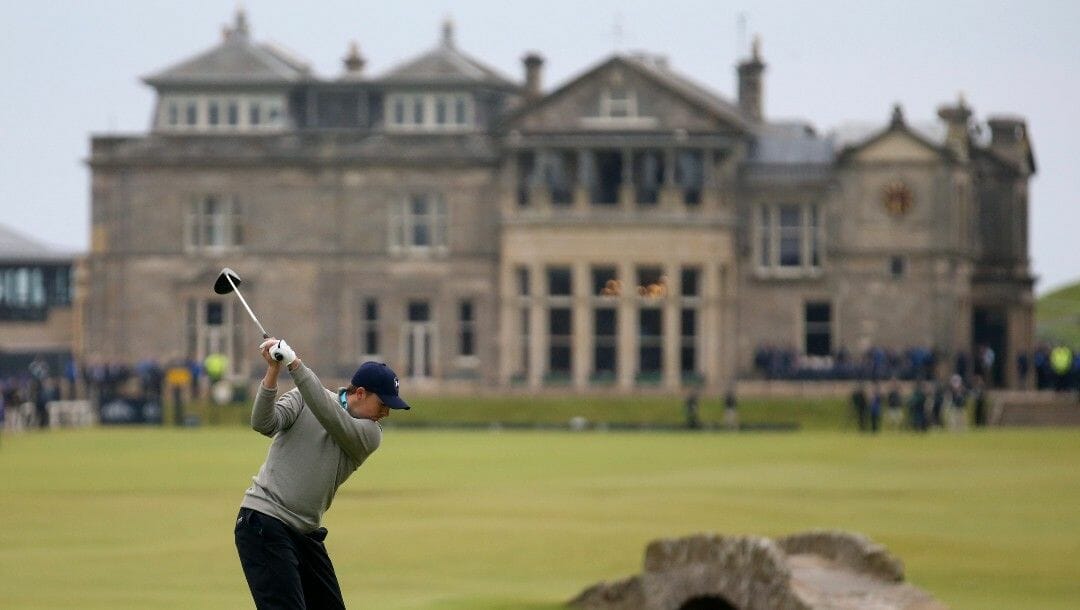 The 150th British Open will take place at The Old Course at St. Andrews, considered the oldest golf course in the world, from July 14-17.

When it comes to online sports betting, it is one of the best weeks of the year in the golf world, with action starting in the early morning hours in the United States and continuing into the afternoon.

British Open golf odds have Rory McIlroy (+1000) as the favorite heading into the tournament.

St. Andrews is a classic links-style golf course with undulating fairways, huge double greens, and hundreds of bunkers, some of which are nearly impossible to get out of.

The Road Hole (No. 17) is the most famous hole on the course.

The tee shot is hit over the Old Course hotel, and most players bail out to the left with out of bounds lurking on the right. The green is protected by a bunker in front and a wall behind it. Once players reach the green, it is one of the toughest on the entire course, making a two-putt no easy task.

The par-4 yielded a 4.65 scoring average for players in 2015, the last time the British Open was played at St. Andrews.

First time playing @TheHomeofGolf St. Andrews what a experience and the road hole bunker on 17 is not that easy 🤦🏼‍♂️ pic.twitter.com/VJklWL9ovh

The 5th hole, the first par-5, played as the easiest hole in 2015. The players combined for 257 birdies, which were by far the most of any hole.

What To Know About St. Andrews

Unless the weather gets out of hand, there will be good scoring.

The last four winners of the British Open at St. Andrews have finished at least 14-under par, including Zach Johnson at 15-under in 2015.

Tiger Woods, who will be in the field, has won twice at the course (2000 and 2005). It has special meaning to Woods, as he completed the career Grand Slam there with a British Open scoring record (19-under) in 2000.

The best swing ever made, during the best stretch of golf ever played, by the best to ever play. Tiger Woods. 2000 Open. Sunday, on the 14th hole at St. Andrews. pic.twitter.com/uUtyZtWsBg