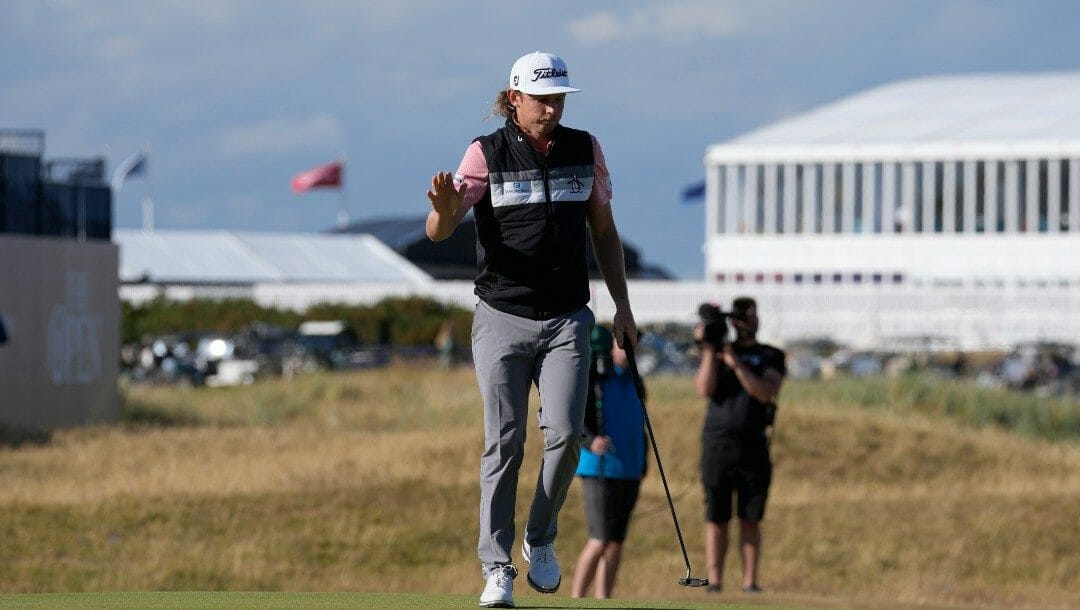 Through two rounds at the Open Championship, Cameron Smith leads by two strokes, highlighted by an 8-under 64 in Friday’s second round. But, there are plenty of top players right behind him, which will make for a great weekend of live golf betting.

There are plenty of options this weekend for golf betting at the BetMGM online sportsbook, including some special prop bets for some leaders heading into Saturday’s third round.

Let’s break down the numbers on the props to see if there’s value to be found.

The par-4 first hole played pretty much to par in the first two rounds, yielding 55 birdies to 37 bogeys and 45 scores of double-bogey or worse.

Specific to the three players, McIlroy and Smith made one birdie against one par on the hole in the first two rounds, while Scheffler made a bogey in Friday’s second round after making par on Thursday.

Shooting 68 or lower means going 4-under or better at St. Andrews. All three players have done this in all six of their rounds so far this week.

With only two par-5s at St. Andrews, there are limited eagle chances. A few par-4s are drivable, but the par-5 fifth hole and par-5 14th hole will be the best opportunity. There have been 26 eagles in the first two rounds, 12 of which came on the fifth and 14th holes.

Smith is the only one of the three players to make an eagle this week (14th hole on Friday).

McIlroy and Smith have accomplished this in both rounds this week, while Scheffler has made five birdies/eagles to one bogey in both of his rounds.

Smith is the only player of the three to have a bogey-free round this week, which came on Friday. Scheffler has made one each day, while McIlroy made one Thursday and two on Friday.

In bogey avoidance this year, Scheffler is 18th, McIlroy 24th, and Smith T-57th.