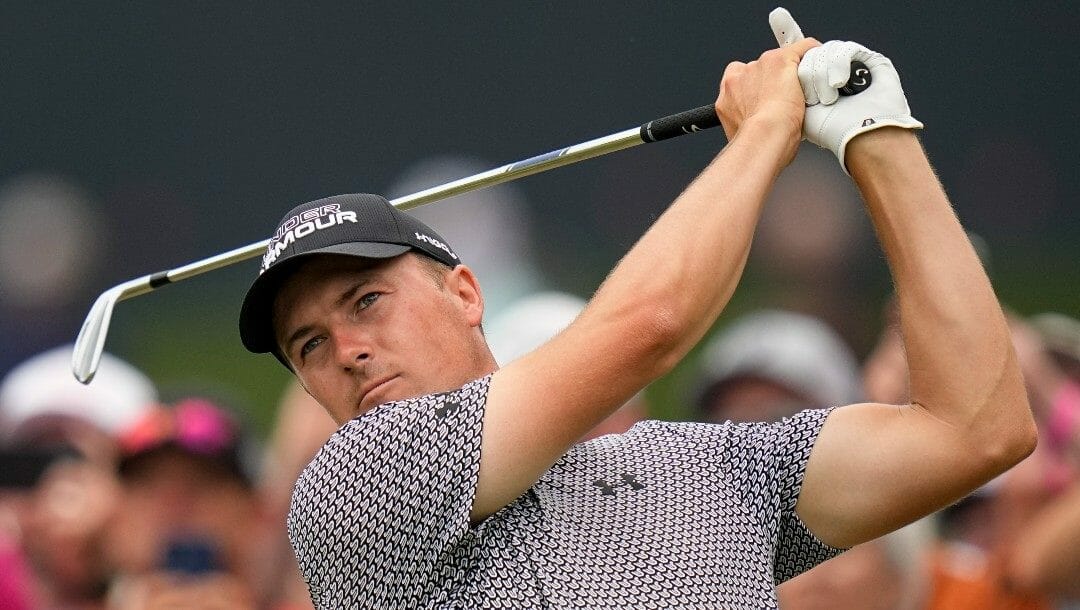 Collin Morikawa and Jordan Spieth entered last week’s PGA Championship among the favorites when it came to golf odds to win, but ultimately it wasn’t their best showings.

The two have five majors combined, so Morikawa finishing T-55 and Spieth T-34 wasn’t what they had in mind.

Both players will tee it up this week at the Charles Schwab Challenge in Fort Worth, Texas and early action at the BetMGM online sportsbook indicates bettors are expecting bounce-back weeks.

Despite the poor showings last week, it’s no surprise why bettors are expecting success this week.

Spieth simply dominates Colonial Country Club, which is located close to where he grew up.

In nine career PGA Tour starts at the course, he has a win (2016), three runner-up finishes and seven top-10s. It’s also worth noting the last time Spieth played the week following a major, he won the RBC Heritage last month.

While Morikawa doesn’t have quite as good course history or the same experience as Spieth, he’s faired quite well in his two trips to Colonial. He finished second in 2020 and then T-14 in 2021.

Both courses demand accuracy off the tee and solid iron shots into the greens. This is not a week where the longer hitters have a distinct advantage, and that plays into why Morikawa and Spieth should have solid weeks.

Morikawa enters the week 10th on Tour in strokes gained off the tee, while Spieth is 26th, which is a big improvement for him compared to years past.

Thomas, who won last week’s PGA Championship, enters with the best odds at +1100. Meanwhile, world No. 1 Scottie Scheffler, who missed the cut at the PGA Championship, has +1200 odds but is only drawing 4.1% of the tickets and 5.8% of the handle.

Despite a very strong showing at the PGA Championship, falling in a playoff to Thomas, Will Zalatoris (+2000) is only pulling in 5.5% of the tickets and 3.4% of the handle.

Defending champion Jason Kokrak, who finished at 14-under, is +4000 going into the week.