How Does the Presidents Cup Work? 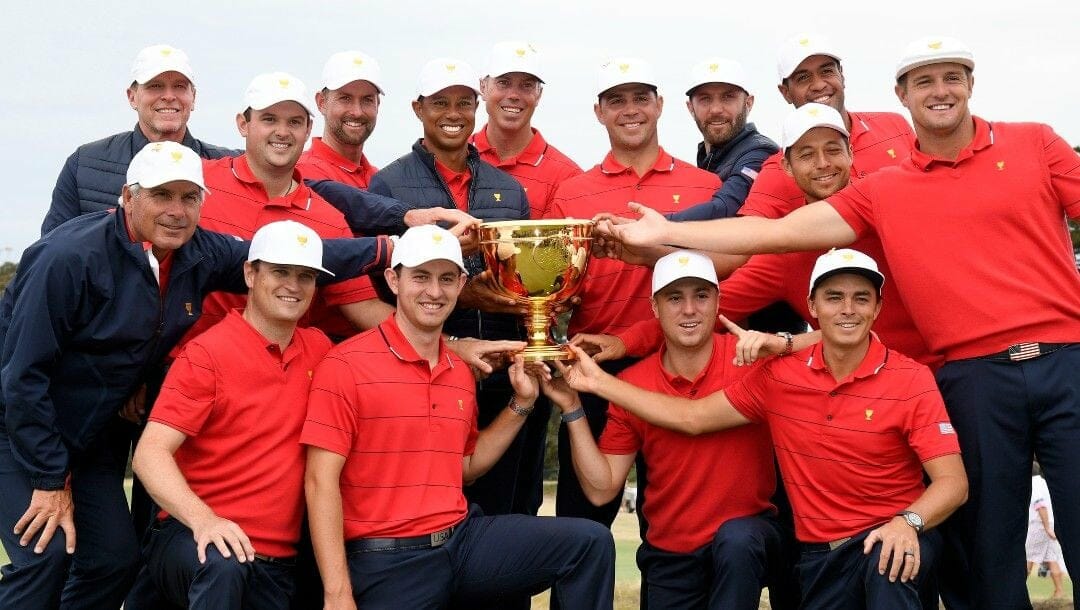 The Presidents Cup is a team competition held every two years between the United States and an International team that includes the entire world except Europe. This makes for a unique week of golf betting.

It alternates venues in the United States and overseas.

The next edition is Sept. 22-25 at Quail Hollow Club in Charlotte, North Carolina. Davis Love III will captain the United States, while Trevor Immelman will lead the International team.

Experience the first tee at the Cup like never before.#PresidentsCup pic.twitter.com/H3cIYzi2Vx

How Are Presidents Cup Players Chosen?

For the United States, the six PGA Tour members who earned the most FedExCup points from the 2019 A Military Tribute at the Greenbrier through the 2022 BMW Championship automatically earned a spot on the team.

The International team qualification period began with the 2021 Open Championship and ran through the 2022 BMW Championship. The top eight players from the points list automatically made the team, and the rest would be captains picks.

The Presidents Cup spans four days and is a match-play format with 30 total matches between the 12 United States players and the 12 International players. Whichever team accumulates the most points (one point for a win, ½ point for a half) wins the Presidents Cup.

Five matches total, foursomes or four-ball (the opposite of Thursday’s format).

How Are Presidents Cup Pairings Determined?

Captains typically pair players who are friendly with each other. For example, since Justin Thomas and Jordan Spieth have been close since they were kids, they usually get paired together.

The best players usually play in all five matches, while the weak links sometimes play only once or twice.

What if the Presidents Cup Ends in a Tie?

If the event ends in a tie, both teams will share the trophy. This happened in 2003.

There was a sudden-death playoff between Tiger Woods and Ernie Els, but once darkness settled in, the team captains – Jack Nicklaus and Gary Player – agreed on a tie.

No. There is no purse or prize money. Instead, each player designates a charity of his choice to receive a portion of the funds raised during the week.