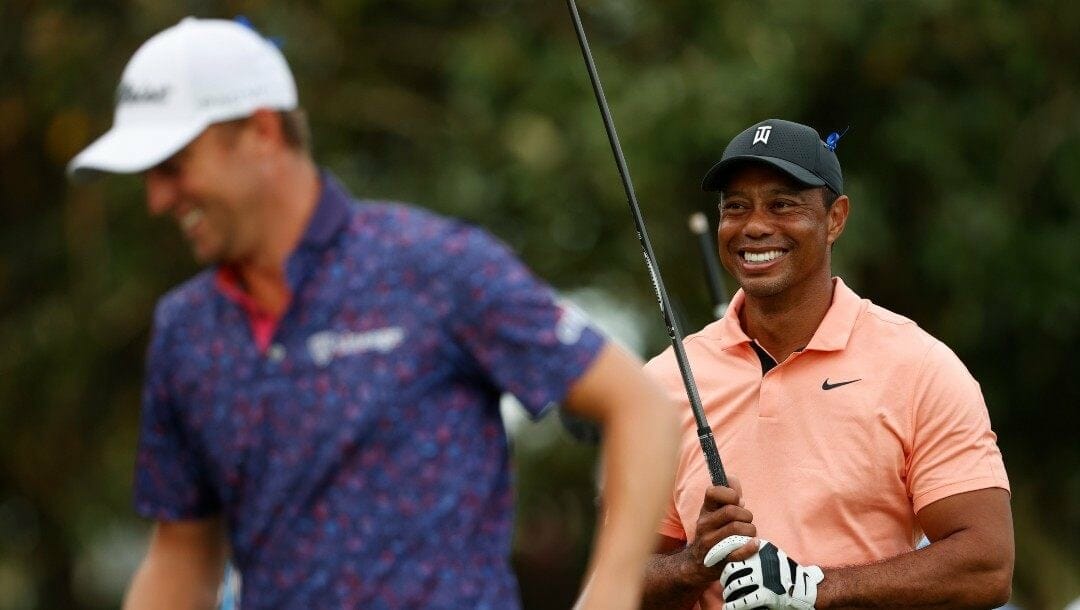 The seventh edition of The Match takes place on Dec. 10 at 6 p.m. at the Pelican Golf Club in Belleair, Fla., under the lights.

Tiger Woods and Rory McIlroy will take on Jordan Spieth and Justin Thomas in a 12-hole exhibition to benefit Hurricane Ian relief efforts. And yes, there will be golf betting.

This will be Woods’ third time playing in the event, while McIlroy, Thomas and Spieth will all be making their playing debuts.

As of Dec. 9, Justin Thomas and Jordan Spieth are favored against Tiger Woods and Rory McIlroy. Thomas-Spieth are -125, while Woods-McIlroy are +100.

There are several other betting options, including:

The Match carts are 🔥

It will be a 12-hole match where the players will play a best-ball format. This means each player will play their own ball, with the best score of the two counting for each hole.

The Match VII will be played at Pelican Golf Club in Belleair, Fla., which hosts the LPGA’s Pelican Women’s Championship.

It will be broadcast on TBS/TNT. Brian Anderson will host, Charles Barkley and Trevor Immelman will be the analysts, and Kathryn Tappen will be the on-course reporter.

This should be a fun and entertaining match, with four of the best golfers in the world facing off.

In the end, I like Woods-McIlroy in a slight upset.

Woods had to withdraw from his own event last week (Hero World Challenge), citing plantar fasciitis in his foot. He said his issue was walking, but all players will ride golf carts in this exhibition.

Last week, Woods told the Golf Channel he was shooting 64s and 65s in his prep for the Hero World Challenge, but walking 18 holes over four days was going to be too difficult.

If Woods is playing that well and has the world No. 1 golfer as his partner, good luck to Thomas and Spieth, no matter how well they play.

Online betting is a unique way to take your weekly golf entertainment to the next level.

With a variety of markets for tournament winner, top-10 finish, player props, and more, you can watch each tee shot, sand save, and birdie putt with anticipation.

Check out the online sportsbook today to place a bet online!