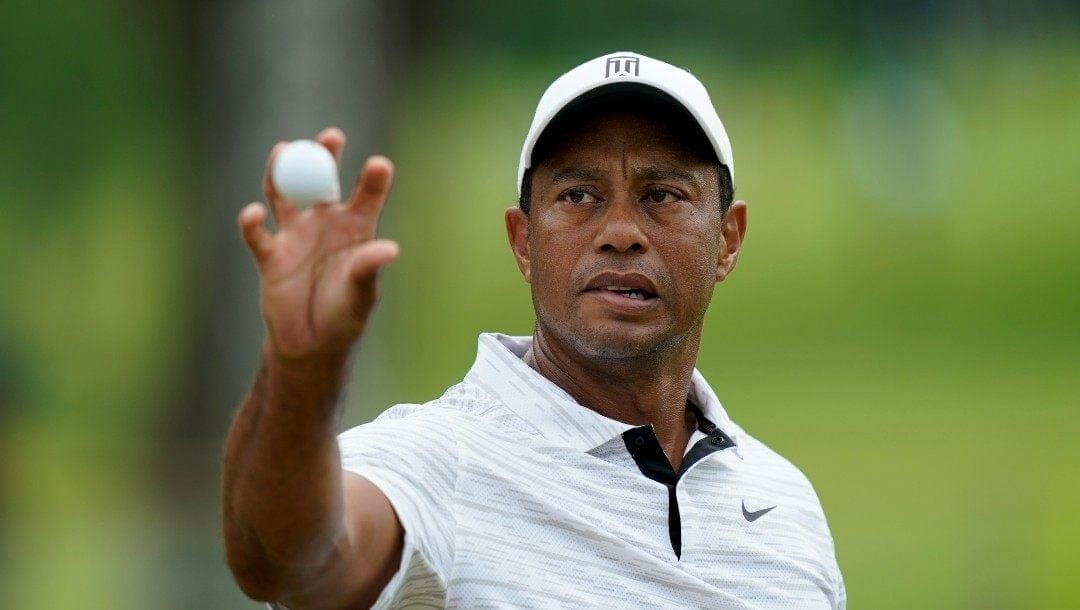 Tiger Woods is not only the biggest name in golf but also one of the most famous athletes in any sport.

Whenever he tees it up, the tournament gets significantly more attention and even translates to more popularity in golf betting.

His best finish was 47th at the Masters, as he withdrew before the final round of the PGA Championship and missed the cut at The Open Championship.

Woods has been on record saying he will no longer play a full season and will pick and choose his events.

The superstar hasn’t spoken since his Open Championship appearance, leaving fans wondering when they will see him next.

Woods was supposed to play in his own tournament, the Hero World Challenge, in the Bahamas Dec. 1-3, but a few days before the event, he withdrew, citing plantar fasciitis in his foot.

This means Woods will next play in The Match on Dec. 10.

He will team up with Rory McIlroy against Justin Thomas and Jordan Spieth in a 12-hole competition under the lights at Pelican Golf Club in Belleair, Florida.

Woods will also play the following weekend at the PNC Father-Son Challenge with his son Charlie. The two have played the event together for the past two years, including finishing in second place a year ago.

Woods has said he needs to be selective in the tournaments he plays in, and he will place more emphasis on the four majors, including the 2023 Masters and 2023 US Open.

If Woods plays well enough in these events to qualify for the FedEx Cup Playoffs, there’s no question he would then play in August in those tournaments.