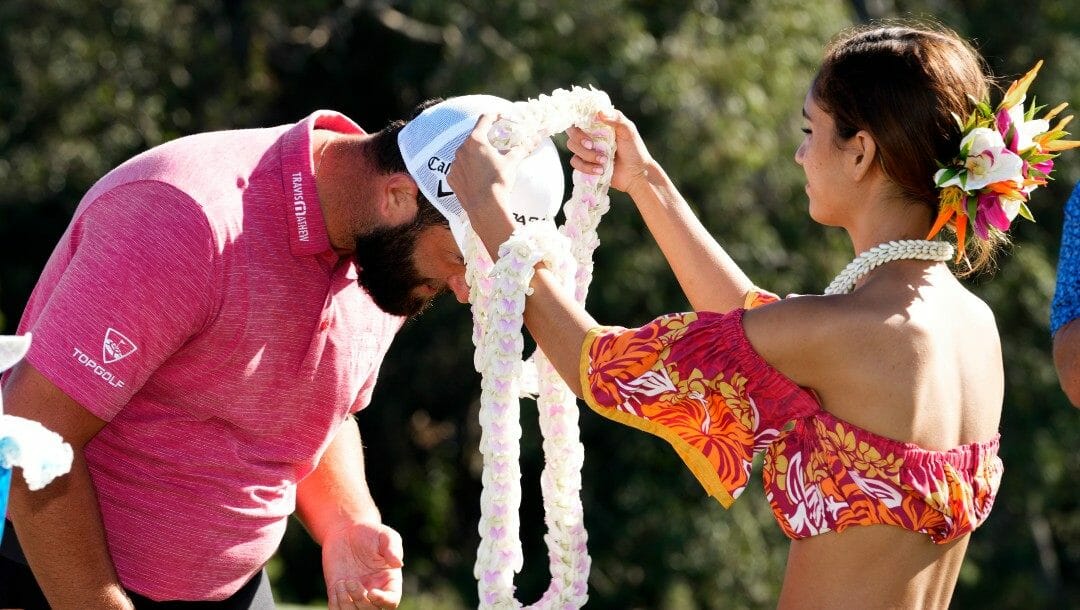 There’s a great deal of parity on the PGA Tour, which makes golf betting both fun and difficult every week.

There will be a record $428.6 million in prize money up for grabs over the course of the 47 event schedule, including the three in the FedEx Cup Playoffs.

Purses will increase at virtually every event from the 2021-22 season, including eight invitational events that will have purses ranging from $15-25 million.

Below is a running list of the winner’s share and purse breakdown for every tournament on the 2022-23 schedule, as well as an updated PGA Tour money list.

Homa won for the second time this season, as his dominance in his home state of California continued. Four of his six career PGA Tour wins have come in California. Led by a final-round 66, Homa finished the week 13-under, two shots better than Keegan Bradley.

Rahm picked up his second win of the season, finishing one shot ahead of Davis Thompson. He finished the week at 27-under, continuing the trend of very low scoring at this event, which is played over three courses at PGA West.

Si Woo Kim’s chip-in for birdie on the 17th hole in the final round proved to be the difference, as he was able to best Hayden Buckey by one stroke. He finished the tournament at 18-under. This was the first full-field event of the 2023 calendar year.

It was a wild final round, with Jon Rahm coming from nine shots back after his first hole to overtake Collin Morikawa. Rahm shot a 10-under 63, while Morikawa shot a 1-under 72. This was the first-ever designated event on the PGA Tour.

Team Singh won the event for the first time at 24-under. They finished two shots better than Team Thomas and Team Daly. Team Woods finished T-8. This is not an official PGA Tour event, so players did not receive FedEx Cup points, Official World Golf Ranking points, etc.

The team of Hoge/Theegala outlasted Charley Hoffman/Ryan Palmer for a one-shot win at the QBE Shootout. This is not an official PGA Tour event, so players did not receive FedEx Cup points, Official World Golf Ranking points, etc.

For the second straight year, Hovland won the event in the Bahamas. He finished two shots ahead of Scottie Scheffler.

*This is not an official PGA Tour event. It is hosted by Tiger Woods and is just a 20-player field.

After opening the tournament with a 73, Svensson roared back with rounds of 64-62-64 to claim his first career PGA Tour title. He finished at 17-under, which was two shots better than three other golfers.

Finau fired a 62 on Friday, which allowed him to run away with his fifth career win on the PGA Tour. He finished four shots ahead of Tyson Alexander. Memorial Park played tougher than most other courses this fall.

Henley was in complete control of the tournament, which was his fourth career PGA Tour win. He entered the final round with a six-shot lead, ultimately finishing at 23-under, four shots better than second place.

Power picked up his second career PGA Tour win, despite making four bogeys on the back-nine on Sunday. He finished the tournament at 19-under, which was one shot better than Thomas Petry.

McIlroy won for the 23rd time on the PGA Tour and moved back to No. 1 in the world by doing so. The 33-year-old fired a final-round 67, which included four birdies on the back-9, to finish one shot ahead of Kurt Kitayama.

Bradley finished at 15-under, one shot ahead of Rickie Fowler and Andrew Putnam, to pick up his first PGA Tour victory since 2018. Fowler was looking to snap a winless drought of his own, as he hasn’t won since 2019. It was Bradley’s fifth career win on the PGA Tour.

The 20-year-old earned his second career PGA Tour win in just four starts. He finished at 24-under,  three shots ahead of Patrick Cantlay, who made a stunning triple-bogey on the 72nd hole.

Kim became the first player on the PGA Tour to win two events before turning 21 years old since Tiger Woods.

The Canadian picked up his second career PGA Tour win, and first since 2016 in a playoff against Sepp Straka. Hughes birdied the second playoff hole after finishing the tournament at 17-under. After a 71 on Thursday, he battled back the next three days going 63-68-69 over the final three rounds.

Homa successfully defended his title in thrilling fashion. He chipped in for birdie on the 72nd hole and then Danny Willett proceeded to miss a four-foot putt, which gave Homa (16-under) a one-shot victory.

How To Bet on PGA Odds

BetMGM is the premier online sportsbook for updated PGA odds each year. And it’s very easy to place your wagers:

From smaller early-season tournaments to major championships, you can bet on every PGA Tour tournament!