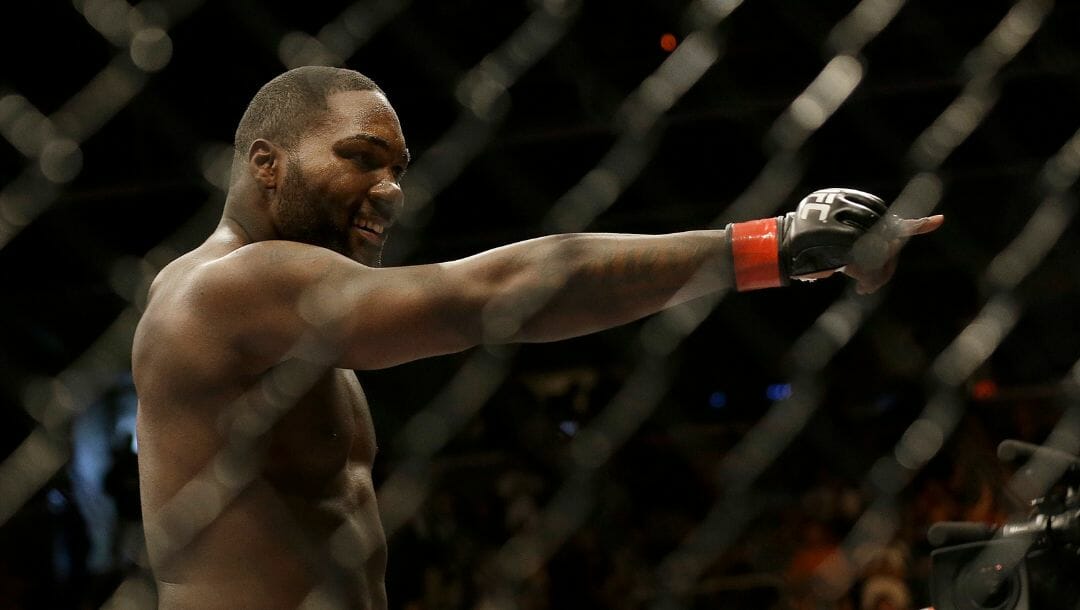 Jon Jones’ dominance in the light heavyweight division has made him the consensus greatest 205 fighters that the UFC has ever seen. Jones has made the weight class a regular destination in online sportsbooks through the UFC odds, thanks to this immaculate run.

Apart from the supremacy of ”Bones,” other light heavyweight contenders have contributed to the division’s popularity by engineering spectacular finishes and quick wins. Today, I have listed down the top five fastest finishes in UFC’s light heavyweight division history.

After winning a title in another MMA promotion and amassing a record of 16 wins and only one defeat, Ryan Jimmo caught the attention of the UFC, which granted him a contract in July 2012. He was pitted against Antony Perosh, who was riding a three-fight winning streak at that time.

The ”Big Deal” didn’t waste any time leaving a lasting impression in the UFC and proved that he belongs in the world’s leading promotion, as he knocked Perosh out cold in just seven seconds. Jimmo landed a powerful overhand right-hand punch that sent his opponent to another dimension. It was the fastest finish in the division’s history.

The second fastest finish in UFC’s light heavyweight history belongs to another power puncher, James Irvin. He did this during his fourth UFC bout in April 2008 against Houston Alexander after going 2-1 in his three previous UFC fights. Irvin only needed one eight seconds to close the match.

Irving attempted a superman punch for his first strike of the match, and it landed perfectly on Alexander’s chin to send him crashing down the canvas. The ”Assassin” tried to recover and get back on his feet, but the ”Sandman” connected three more punches to put him away immediately and get the victory.

One of the most feared men in the UFC is Anthony Johnson, whose power is enough to sleep anyone he faces. Johnson’s power was also responsible for the third-fastest finish in the 205-pound division of the UFC when he knocked out Glover Teixeira during their showdown in August 2016.

Teixeira put Johnson on the back pedal in the early stages of the fight by going forward and blitzing him with quick punches. However, the Brazilian made a huge mistake of leaving his chin open, to which ”Rumble” fully capitalized by landing a vicious uppercut that slept him. Johnson closed the match by adding two more punches on the ground. The win earned Anthony Johnson a second crack at the title.

Anthony Perosh may be on the wrong end of the fastest finish in UFC’s light heavyweight division after suffering that quick and devastating loss to Ryan Jimmo. Still, he has a fair share of a fast finish with his 14-second knockout of Vinny Magalhaes in August 2013. Perosh learned his lesson in his fight with Jimmo by waiting for his opponent to make a mistake and capitalize on it, as he did during this fight.

He waited for him to charge forward before unleashing a thunderous counter punch to put Magalhaes down the mat. The ”Hippo” caught ”Pezao” with a straight right-hand punch down the pipe, making Magalhaes lose his equilibrium. Perosh officially ended the match with several ground-and-pound punches and claimed the quick victory.

Brazil’s Johnny Walker is one of the most exciting fighters on the UFC roster because of his diverse striking and unorthodox fighting style. This approach earned him one of the fastest knockouts in the light heavyweight division when he stopped Justin Ledet in February 2019 to pick up his second UFC win.

Early in the match, both fighters were measuring each other up, but as exciting as he was, Walker decided to unleash a reverse roundhouse kick that landed on Ledet’s head. The SBG Ireland fighter immediately followed up the kick with a spinning back fist, catching Ledet off guard and flooring him. Walker swarmed him with a kick and three powerful punches to officially take the victory.