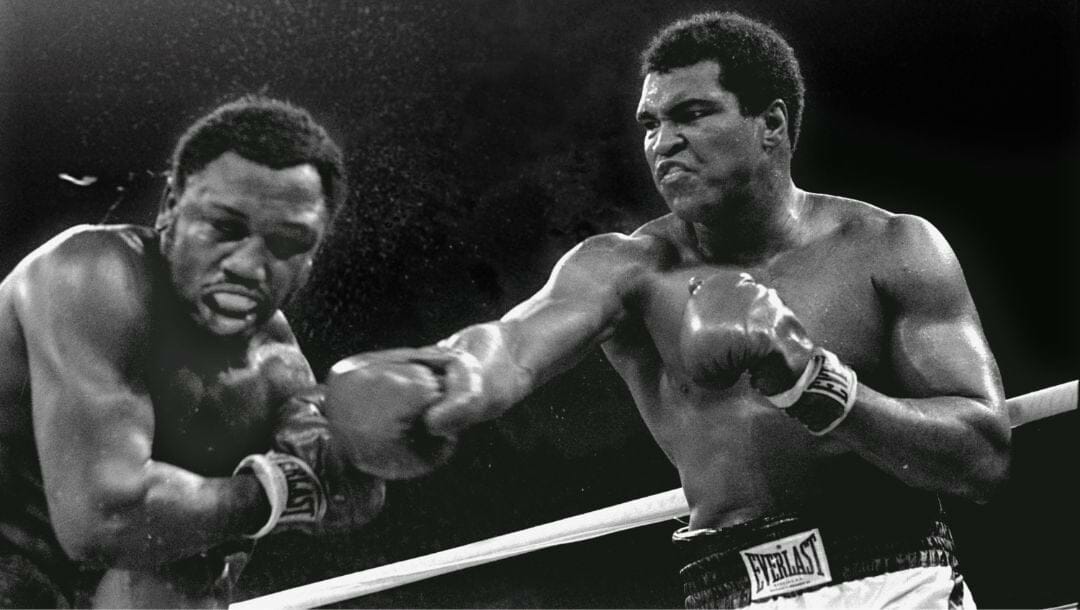 There is an added enthusiasm in sports when you watch an intense rivalry between athletes, particularly in boxing, as two fighters go head-to-head against each other. This element provides more excitement to online boxing betting.

Rivalries could also produce classic showdowns that often lead to trilogy fights which determine who is the better athlete. These multiple fights make them an in-house name in the boxing odds.

Let’s look back at the top five trilogy fights we’ve witnessed throughout the history of boxing.

Who would have forgotten this legendary rivalry between boxing’s heavyweight icons, Muhammad Ali and Joe Frazier? The pair first faced each other in March 1971 in the first fight dubbed as the ”fight of the century” before that version of Floyd Mayweather Jr. and Manny Pacquaio in 2015. It was a big-time match between two undefeated fighters inside the Madison Square Garden. Frazier got away with the unanimous decision.

In the rematch almost three years later, in January 1974 at the same venue in the Big Apple, Ali exacted a revenge win to equalize their head-to-head record at one apiece. Then, the rivalry was settled in a third bout in October 1975 and was known as the ”Thrilla in Manila.” The already exciting match further elevated its hype with the heavyweight title on the line.

Muhammad Ali made sure to close this historic chapter in boxing in his favor by making Frazier’s corner throw in the towel between the 14th and 15th round to score a corner stoppage and become the WBC and WBA World Heavyweight Champion.

In the middle years of the 2000s, two fighters made the most noise in the boxing world with their explosive showing during their fights. Mexican great Erik Morales and Filipino icon Manny Pacquaio headlined in three entertaining matches. The battle between the two fighters produced an incredible trilogy. Morales won the first match by unanimous decision in March 2005.

The second match, though, was different as Pacquiao turned the tide with a 10th-round TKO victory in January 2006 to set up a must-see third fight. Ten months later, Pacquaio sealed the rivalry with a stunning third-round stoppage of Morales to claim the WBC International Super Featherweight Title.

Before his rivalry with Manny Pacquiao, Erik Morales also had another nemesis during his fighting career in the form of fellow Mexican Marco Antonio Barrera. Morales edged Barrera in their initial meeting in February 2000 via a split decision. They were two of the best fighters from Mexico, and they gave everyone three memorable fights from 2000 to 2004.

In the rematch, Barrera masterfully won by outpointing Morales to a unanimous decision victory to even the match-up in June 2022. That win by the ”Baby Faced Assassin” was a preview of how he would beat ”El Terrible” in the third bout in November 2004, as Barrera was triumphant via a majority decision to end the rivalry and prove that he was the better fighter against Morales.

Although there were no titles on the line for their three meetings, the three fights between Arturo Gatti and Micky Ward became an all-time masterpiece as two fighters slugged it out. In the ninth round, a one-point deduction and a knockdown caused Gatti the first fight in May 2002 through a majority decision loss. Six months later, Gatti bounced back with a lopsided unanimous win.

With another room to make a definitive ending in the rivalry, the two finally faced each other in a third match in June 2003, but this time, it was a more competitive bout compared to the second one as the Canadian closed this chapter by stamping another unanimous decision victory to also send Ward into retirement.

Almost every great boxer has their adversary, and in Evander Holyfield’s case, it was Riddick Bowe. Both fighters have fought three times during their careers between 1992 to 1995. Bowe claimed a dominating unanimous decision win over Holyfield in their maiden meeting in November 1992 to claim the WBC, WBA and IBF Heavyweight Titles.

A year later, Holyfield redeemed himself against him and reclaimed the titles from Bowe in a close majority decision triumph. But the third encounter saw a massive setback to Holyfield’s career as he was dealt an eighth-round TKO beating in November 1995. It was only the third loss in Holyfield’s professional record.