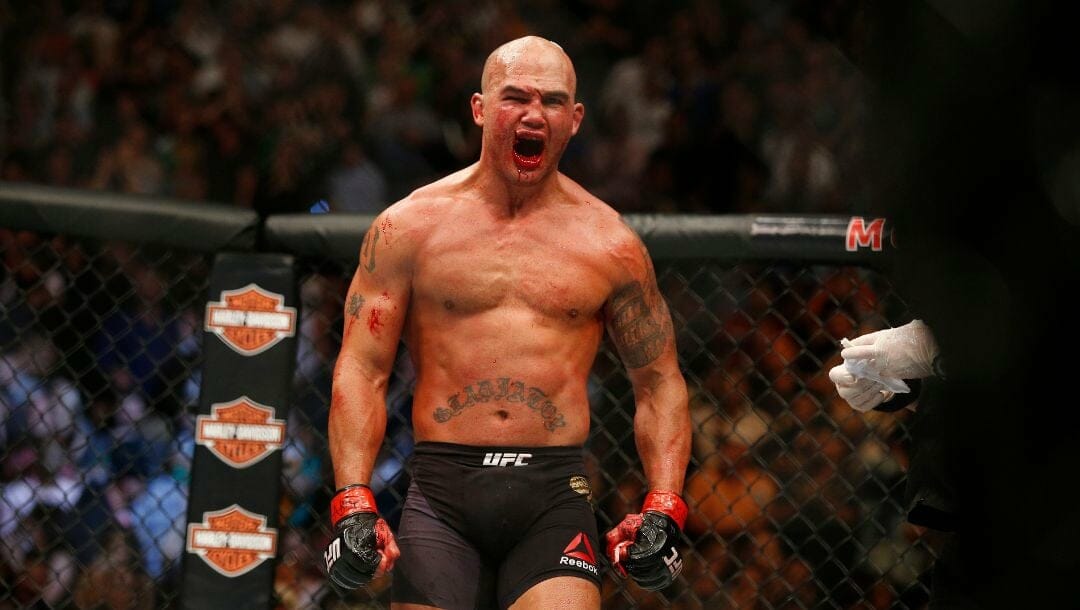 “Styles make fights.’’ This is the mantra of the UFC throughout their 28-year history as they promote the continuous rise of mixed martial arts. Pairing up the top fighters in their roster with the same or different fighting styles made a lot of intriguing matchups throughout the years and promoted a thrilling chance in the UFC odds.

It produced memorable bouts to which fight fans enjoyed and gave them the opportunity to bet on the MMA odds, although some were better than others. We will take a short trip down memory lane and reminisce about the best fights we’ve ever witnessed inside the Octagon.

This fight between Bonnar and Griffin was seen as the godfather of the modern UFC as it was the jumping board to launch the UFC and maybe the whole of MMA to a different level. Thanks to the non-stop action throughout three rounds in the first finale of The Ultimate Fighter, the promotion got the attention of fight fans. In the end, Griffin got the best out of Bonnar and bagged the six-figure UFC contract.

After surviving an apparent groin strike, a ground and pound onslaught and a submission attempt from his title challenger Frank Trigg, Matt Hughes managed to beat him in their rematch at UFC 52 in April 2005. The iconic slam of Matt to Frank in the aftermath of the early trouble during the fight has made this an all-time best bout which retained his Welterweight title in the process.

Until this day, UFC President @DanaWhite references the rematch between Matt Hughes and Frank Trigg as his favorite fight of all time.

A bout that took place 13 years ago today.

Although the fight between Diego Sanchez and Gilbert Melendez at UFC 166 lacked technicality, it is still one of the best fights in the UFC. Both men were swinging with bad intentions in the three rounds, but Melendez dominated the fight, while Sanchez received the most damage, mainly a huge cut in the left eye.

A slow start to the fight didn’t guarantee a slow end to the fight; this is how Chuck Liddell and Wanderlei Silva fought in a classic for their Light Heavyweight showdown. The Iceman delivered punishing punches to the Axe Murderer, but he was able to withstand it on multiple occasions, even concocted counter shots against Liddell, who unanimously won the fight.

Michael Johnson welcomed Justin Gaethje in the UFC in an instant classic. It was a striking masterclass, with every shot having the objective to end the fight immediately. During the very first round, Johnson and Gaethje had their fair share of moments, but neither could finish the bout. Both are visibly out of gas; however, Gaethje still had the power in his attacks that ended the fight via a TKO stoppage.

Dubbed as the greatest championship fight ever, the welterweight clash of Robbie Lawler and Rory MacDonald for the second time in July 2015 was a beautiful display of technique. Lawler needed a finish to retain his belt going into the final round as MacDonald was winning the bout through four rounds. That is what “Ruthless” did when he unleashed a powerful left-hand punch that sent Rory to the canvas, and the ground and pound followed after to end the fight.

The light heavyweight title battle of Jon Jones and Alexander Gustafsson in September 2013 for UFC 165 is undoubtedly in the best fight conversation. This fight is arguably the most challenging match of Jones’ reign as the 205-pound champion, where he received a few troubles and only secured one takedown inside five rounds. Despite the difficulty, “Bones” still came away with the victory and continued his title reign in the division.

“That was a war.” This is the perfect phrase to describe the Strawweight title clash of Weiling and Joanna Jędrzejczyk in March 2020. The match was not the typical brawl you’ll see in a fight where fighters are just throwing haymakers, but Zhang and Jędrzejczyk picked their shots well to inflict damage. In the end, the Chinese star was able to defend her title for the first time after a split decision win.