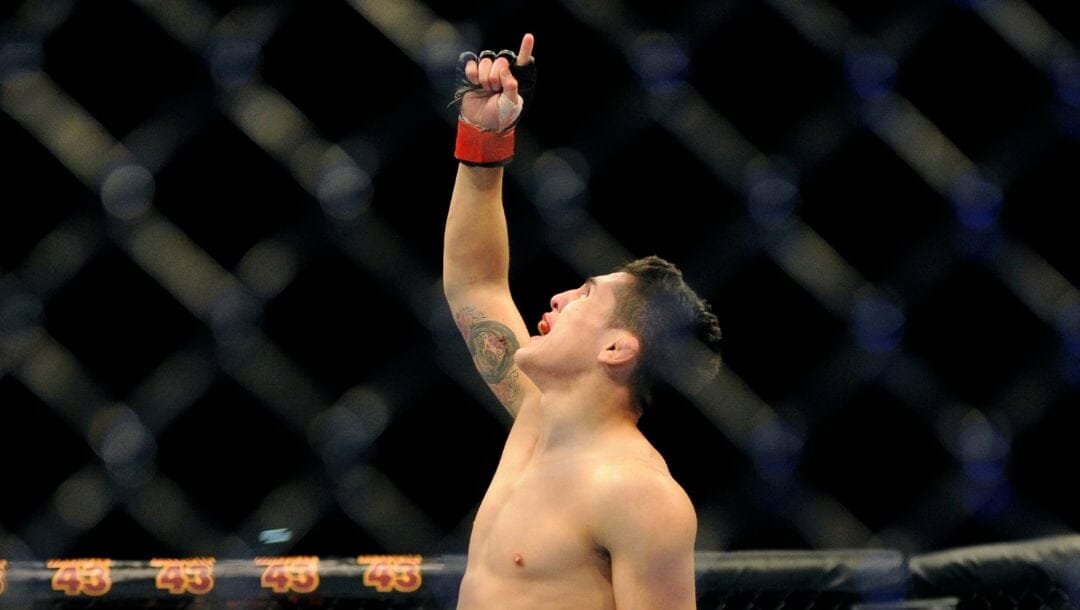 When the UFC bantamweight division is being discussed, names such as Dominick Cruz, Renan Barao, T.J. Dillashaw and Cody Garbrandt are mentioned as they carved out their respective place in the elite company of fighters to ever compete in the 135-pound weight class. These former champions were also responsible for several UFC fight odds that fans were able to bet on.

Aside from these iconic athletes and former champions, the bantamweight division is also home to some of the fastest finishes in the UFC, which makes UFC betting more exciting as fans can put wagers on their MMA odds.

Today, I listed down the top five fastest finishes in UFC bantamweight history that we have witnessed so far.

Mexico’s Erik Perez set the record for the fastest finish in UFC bantamweight history when he knocked out Ken Stone in 17 seconds of their fight in August 2012. It was Perez’s second UFC fight after winning his debut over John Albert in June 2012 via armbar submission in the first round of their Ultimate Fighter 15 Finale match.

Perez was countered by Stone with a straight right hand after he landed an outside leg kick, but he was able to absorb it. But Stone missed another left straight punch, which allowed Perez to counter with his right hook that landed on his opponent’s chin. That check hook planted Stone down to the canvas, and it was the beginning of the end for him as “El Goyito” poured down six more punches to officially close the match and get the victory.

The second-fastest finish in UFC bantamweight history belongs to Francisco Rivera, as he knocked out Alex Caceres in just 21 seconds of their match in June 2016 to earn his fourth UFC win in seven bouts (the other three bouts were two losses and one no-contest). Both Rivera and Caceres were riding two-straight losses coming into this fight.

These two bangers exchanged early in the fight where Rivera countered a missed straight hand from Caceres to land a punch to his chin, but Alex was able to absorb it well. Unfortunately, a follow-up left hook from Rivera knocked him down and swarmed him with ground and pound strikes to finish the fight early and put him to sleep.

Nick Denis had a dream debut with the UFC in January 2012. Not only did he win his fight over Joseph Sandoval, but he also scored a fast knockout finish that lasted for 22 seconds. It was Denis’ 11th career victory in 13 matches, including a 100% finishing rate. This impressive win is also the third-fastest stoppage in UFC’s bantamweight division.

Denis neutralized Sandoval’s aggression by catching him into a clinch position which opened up the opportunity for massive elbow strikes to his head. From that position, the “Ninja of Love” uncorked five consecutive vicious elbow strikes to Sandoval’s temple that knocked him out and made him stiff as a board.

If the first three finishes above were by way of knockout, this fourth-fastest finish from Patrick Williams is via submission. The 23-second submission victory of the ‘’Animal’’ came in June 2015 after he choked out Alejandro Perez with a standing guillotine choke to bag his first UFC win (he lost his UFC debut to Christopher Beal in April 2014).

Williams opened up the submission opportunity when he knocked down Perez with a straight right hand to send him crashing down to the canvas. Before “Turbo” even got back to his equilibrium and recovered from that knockdown, Williams grabbed his head and maneuvered him into a tight guillotine choke technique which eventually made him unconscious.

In May 2014, two top ten-ranked bantamweight fighters collided in a high-stakes match as Iuri Alcantara faced Vaughan Lee in the UFC Fight Night Berlin. The then seventh-ranked fighter Alcantara scored a 25-second knockout in the opening round to secure his fifth UFC win in eight matches, while Lee sustained his fourth loss in seven bouts.

Alcantara weathered the early pressure and aggression from Lee, who connected with his three-punch combination and a front kick before “Marajo” landed an overhand left hook punch straight to his temple. The Brazilian closed the show with ground and pound strikes that sent Lee into another dimension.