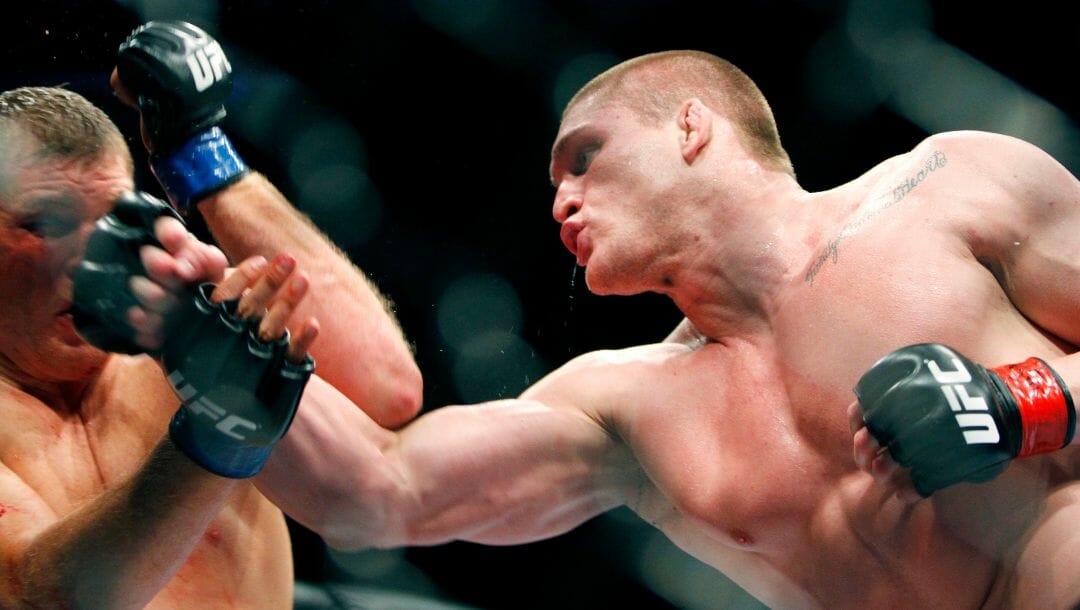 The UFC claims that the baddest men alive are competing in their heavyweight division. It’s hard to argue with that statement because they have thrilled the fans with some of the most unforgettable knockouts and finishes. This has paved the way for the division to become a consistent destination for online sports betting.

Big names such as Randy Couture, Frank Mir, Andrei Arlovski and Brock Lesnar, among others, were responsible for several exciting UFC fight odds. Current stars Francis Ngannou, Stipe Miocic, Ciryl Gane and Derrick Lewis, have contributed well to its continuous growth. But aside from these superstars, it gifted fans with quick finishes throughout its history. Find out the top five fastest finishes in this list.

The fastest finish in the history of UFC’s heavyweight division belongs to Todd Duffee, who knocked Tim Hague out in August 2009 just seven seconds into the match. This was Duffee’s debut fight in the UFC after winning his previous five fights via knockout from different MMA organizations.

Todd Duffee was super eager to make a lasting impression for his maiden UFC match as he rejected touch gloves from Tim Hague in the pre-match. This hunger led Duffee to record the fastest knockout in the division’s history by landing a stiff left punch that knocked down Hague, then Duffee finished it off with eight ground-and-pound punches to pick up the win.

Another heavyweight fighter who caught the attention of the UFC because of his perfect MMA record is Jairzinho Rozenstruik, who was signed in 2019. ”Bigi Boy” had a dream start in the leading MMA organization after a second-round stoppage win over Junior Albini in February 2019. But his most impressive victory came in his second UFC match against Allen Crowder.

The Surinamese knockout artist countered the charging Crowder in the match’s opening moments and dropped him on the canvas. Rozenstruik instantly jumped on the opportunity to finish the fight. Still, Crowder blocked the first punch attempt but failed to do so in the following strikes as the American was sent to another dimension. The fight only lasted for nine seconds.

In July 2019, the UFC matched two heavyweight veterans in a classic fight between a striker and a grappler as Walt Harris faced Aleksei Oleinik. This bout went on the striker’s side as Harris only needed 12 seconds to finish off Oleinik and set the third-fastest knockout in UFC heavyweight division history.

The ”Big Ticket” delivered a flying knee strike that connected on the ”Boa Constrictor’s” armpit and hurt him early. This opened the opportunity for Harris to throw a thunderous left-hand punch that made the Russian submission specialist unconscious. Harris officially bagged another win across his name with two more punches on the ground as the referee stepped in.

After only winning two of his first five UFC fights, Anthony Hamilton was keen to prove that he still belongs to the best MMA organization in the world. Hamilton was fresh off a unanimous decision loss to Shamil Abdurakhimov in February 2016 when he was scheduled to fight Damian Grabowski. Sadly, the Polish fighter was at the receiving end of a quick finish.

Hamilton and Grabowski quickly exchanged haymakers in the early stages of the fight until one of them was caught. The “Freight Train” hurt the ”Polish Pitbull” with an uppercut, and from there, it was all Hamilton as he rained down more punches to put Grabowski to sleep and nab his third UFC victory. The match only lasted for 14 seconds which ranks as the fourth-fastest finish in the division’s history.

Andrei Arlovski is one of the few remaining veterans in the UFC who are still competing and still racking up wins over much younger fighters. After all, he was the former UFC champion when he defeated Tim Sylvia for the belt with a first-round Achilles lock submission in October 2005. The ”Pitbull” was also a successful champion because he defended his title twice during his reign.

One of Arlovski’s title defenses was against Paul Buentello in October 2008 for UFC 55, where he dismantled the challenger with just one strike to retain his championship. The ”Pitbull” perfectly timed a vicious right-hand punch straight to Buentello’s chin, leaving him unconscious even before hitting the canvas. The referee instantly halted the match in the 15th second of the match to prevent further damage to Buentello.

If you want to get closer to the octagon, UFC betting is your ticket.

At BetMGM, you have access to updated sports betting odds for UFC events around the world. Check out the sportsbook and place your wager today!