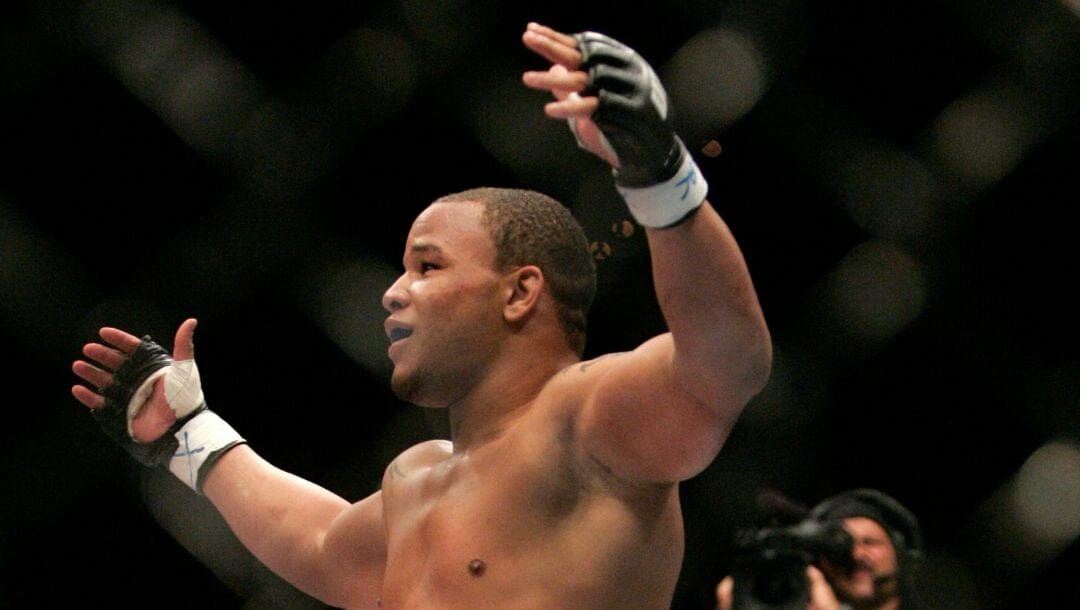 Brazil’s legendary mixed martial arts fighter Anderson Silva was instrumental to the rise of UFC’s middleweight division as he became a dominant champion from 2006 to 2013, which produced spectacular performances and finishes. This has opened the door for the 185-pound division to become a regular place for online sports betting through the UFC odds.

Alongside this dominance and popularity of Anderson Silva, other stars have emerged in the division, and they have shared the spotlight with spectacular finishes and wins. Today, I will look at the top five fastest finishes in UFC’s middleweight division.

The record-holder for the fastest finish in UFC’s middleweight division is Mark Weir, who knocked out Eugene Jackson just 10 seconds into the fight in July 2002 during the promotion’s 38th event, which was dubbed the “Brawl at the Hall.” It was Weir’s UFC debut after going 8-1 in his stint outside of the UFC.

Weir attempted an early axe kick, but it was only a decoy as it allowed him to close the distance against the backpedaling Jackson. The “Wizard” then unleashed a vicious straight right-hand punch on Jackson’s chin. The punch sent him down the canvas, and Weir delivered three more punches on the ground to secure the victory.

Terry Martin set the record for the second-fastest finish in UFC’s middleweight division in February 2007 when he knocked Jorge Rivera out cold in 14 seconds to secure his maiden UFC win. Before this match with Rivera, Martin previously lost his first two UFC fights via stoppages courtesy of James Irvin (second-round knockout) and Jason Lambert (second-round TKO).

Rivera was aggressive and going forward during the match’s early stages. He landed a few leg kicks but made a massive mistake by throwing a leg kick to Martin’s body as he caught it. From there, he was able to land a powerful punch which made Rivera dazed as he went down the mat. Martin then took full advantage by stringing more punches on his grounded foe to finish the fight quickly.

Chidi Njoukuani has been in the fight game for over a decade, but he is now emerging as one of the fastest-rising contenders in the UFC’s 185-pound division, mainly because of his power. This unbelievable power was on full display during his UFC debut as he scored a knockout victory over Marc-Andre Barriault in just 16 seconds of action.

‘’Chidi Bang Bang’’ went to work immediately once the opening bell rang. He landed two quick leg kicks over Barriault. Njokuani rapidly closed the distance and uncorked a one-two punch combination to send his opponent down. From there, he swarmed him with multiple punches until the referee stepped in to call it a match. It was the dream UFC start for the Las Vegas-based athlete.

Despite losing all three of his previous UFC fights, John Philips’ morale in his fourth UFC bout against Alen Amedovski is still high. This has allowed him to score the fourth-fastest finish in UFC middleweight history as he knocked him out with only 17 seconds in their September 2019 showdown.

The Welsh Wrecking Machine @JohnPhillipsMMA does just that at #UFCCopenhagen! 🇩🇰

The two fighters exchanged strikes straightaway, swinging heavily in the early seconds of the fight. Then, Philips caught Amedovski with a thunderous left hook to stun him and briefly knocked him down. Right after Amedovski popped up to his feet, the “Welsh Wrecking Machine” connected another left hook to send him crashing down again. Philips officially closed the match with two more punches on the ground and picked up his inaugural UFC win.

The legend of Khamzat Chimaev began in July 2020, when he appeared in two consecutive UFC fights in 10 days and won both fights via stoppages. Although he did those two incredible victories in the welterweight division, he momentarily moved up to the middleweight division in his third UFC bout to face Gerald Meerschaert. The Swedish rising star destroyed the veteran fighter in just 17 seconds.

Chimaev put on the pressure right away by stalking Meerschaert and controlling the center of the Octagon. Then, “Borz” circled to his power hand and released a ferocious right-hand punch straight to “GM3’s” chin which immediately put him to sleep. This quick win by Chimaev was tied for the fourth-fastest finish in the history of UFC’s 185-pound division. Although he hasn’t fought in this division since, I’m sure he will return to add more wins to his resume.