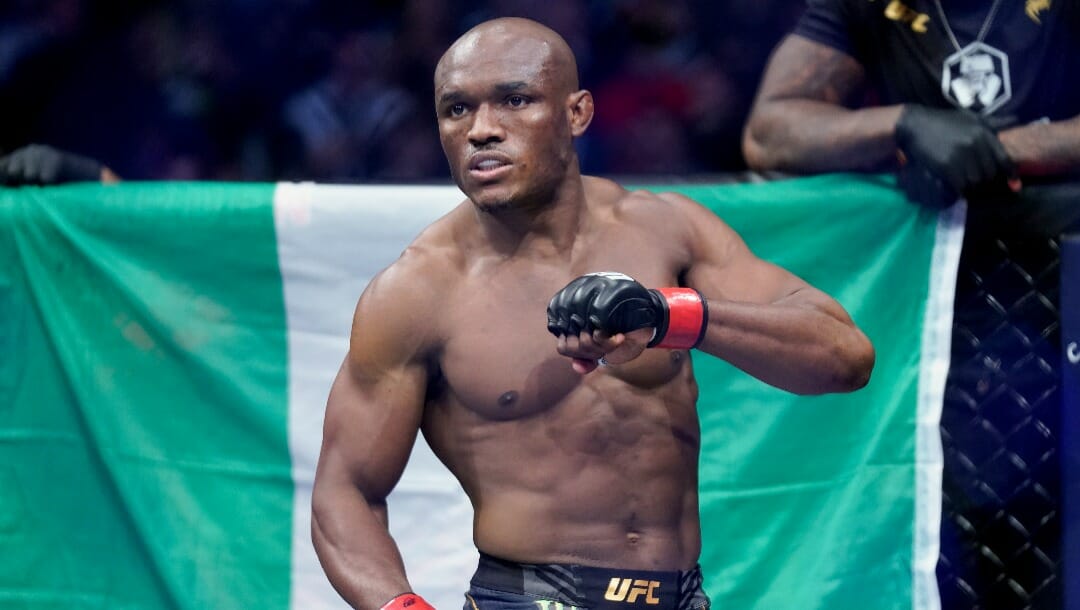 Since its first installment in 2005, the Ultimate Fighter has become one of the UFC’s most effective and entertaining platforms to scout and sign the best fighters outside the promotion. This gave aspiring young fighters an avenue to showcase their skills and test if they could compete on the biggest MMA stage in the world.

The winner of this series, who defied the MMA odds, is granted a six-figure contract and a roster spot in the UFC. Several of the alumni of this show have not only earned their place in the promotion but also captured a UFC title and became a regular name in the UFC betting odds.

We listed down the top five The Ultimate Fighter winners who eventually became UFC champions.

Reigning UFC Welterweight Champion Kamaru Usman is one of the testaments that The Ultimate Fighter could become a UFC champion. Usman was the season 21 winner when he pulled off an arm-triangle choke submission over Hayder Hassan in the finale. Since then, he strung eight consecutive wins to earn his title shot against Tyron Woodley.

The ‘’Nigerian Nightmare’’ successfully dethroned Woodley in March 2019 via unanimous decision. Afterward, he defended his title on five occasions, beating Colby Covington twice, Jorge Masvidal (twice) and Gilbert Burns to remain the current king of the 170-pound division. Usman is bound for his sixth defense against Leon Edwards later this August 2022.

Carla Esparza was the Invicta FC champion when he joined The Ultimate Fighter 20 in 2014. She unanimously defeated Jessica Penne in the semifinals to set up a finals match with Rose Namajunas, where the winner would not only be declared the victor of the competition but also the inaugural UFC Women’s Strawweight Champion.

The ‘’Cookie Monster’’ displayed her superior grappling skills over Namajunas and submitted her through a rear-naked choke to claim the title. Although Esparza lost her belt on the first title defense against Joana Jedrzejczyk, she clawed her way back up. She reclaimed the title recently with a rematch with Namajunas, where she picked up the close split decision win to become a two-time strawweight titlist.

The Ultimate Fighter 18 winner, Juliana Pena, waited eight years for her title shot, but it was all worth it. Pena defeated Jessica Rakoczy in the competition’s finale in December 2013, then picked up three consecutive victories over Milana Dudieva, Jessica Eye and Cat Zingano before tasting her first UFC loss to Valentina Shevchenko in January 2017.

That setback didn’t deter the ‘’Venezuelan Vixen’’ as she bounced back immediately with a unanimous win against Nicco Montano. Pena then suffered another loss at the hands of Germaine de Randamie before winning over Sara McMann to obtain a crack at the title against Amanda Nunes, whom she famously beat in a gigantic upset in December 2021 for UFC 269 via rear-naked choke stoppage in the second round.

Considered Britain’s greatest MMA fighter, Michael Bisping had a roller-coaster UFC run. He made it to the UFC by winning The Ultimate Fighter 3 when he TKO’ed Josh Haynes. Bisping suffered a few losses during his tenure under the promotion, but at the same time, he scored impressive victories over the likes of Yoshihiro Akiyama, Cung Le and Anderson Silva.

The ‘’Count’’ reached the peak of his MMA career when he stepped in as a late replacement opponent for Luke Rockhold in June 2016 as Chris Weidman pulled out of the middleweight title fight with Rockhold due to an injury. Bisping guaranteed a payback against Rockhold and won the UFC title via first-round knockout to realize his dream of becoming a champion.

The first-ever The Ultimate Fighter winner Forrest Griffin has set the blueprint for all of his successors that TUF victors can win a UFC title. Griffin was part of the celebrated classic brawl with Stephen Bonnar in the finale of the competition in April 2005. This prominent bout has paved the way for the UFC to reach a new level of popularity.

After earning his way to the UFC, Griffin won five of his seven matches to secure a light heavyweight title shot against Quintin Jackson in July 2008, where he scored a unanimous decision triumph over him to eventually be the first TUF winner who became a UFC champion. Unfortunately, Griffin lost the belt to Rashad Evans after a third-round TKO defeat in his first and only title defense.