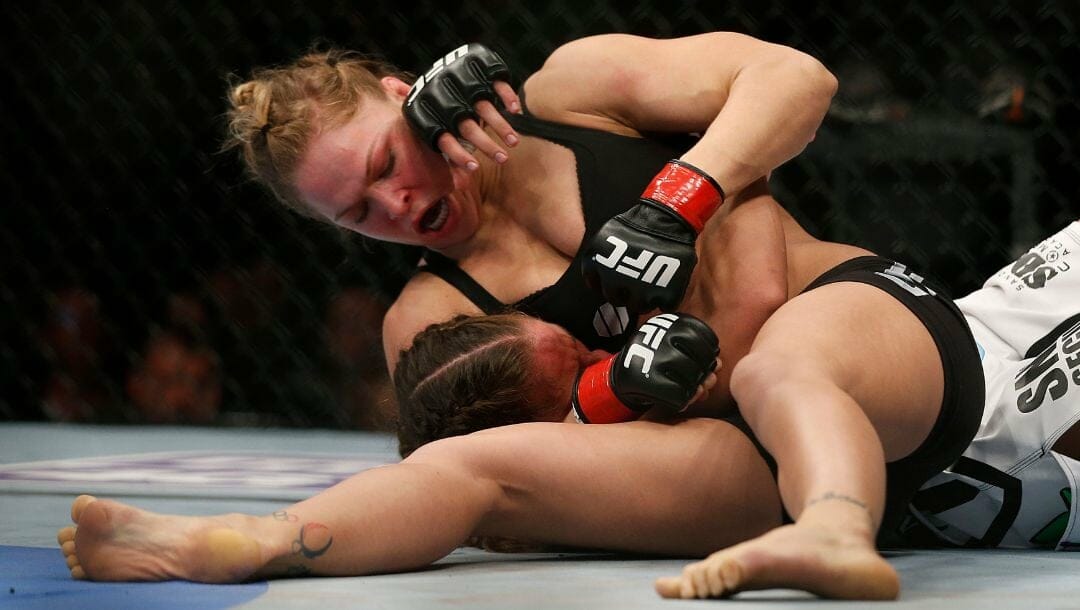 The grappling area may be an underrated way to win in MMA, especially in the UFC, as fans look for more action through barn-burner striking, leading to a highlight-reel finish. This is the type of finish fans are betting on the UFC odds.

But the rise of submission artists in the game has been tremendous in the past years, making UFC betting more exciting. One solid evidence of this growth in the area of MMA is the recent win of Charles Oliveira over Justin Gaethje this past May 7 for UFC 274. The former Brazilian lightweight champion has submitted the ”Highlight” in the opening round of their match.

With that being said, we will dive into the top five UFC submission debuts in history.

What better way to start off the list with the most submission wins in the UFC, Charles Oliveira. He currently holds 16 submission wins in his 21 UFC career wins. His first UFC win in August 2010 against Darren Elkins was the preview of the submission supremacy that he will display for more years to come.

Although Oliveira was slammed by Miller in the early parts of the fight, he made a massive mistake on the top position by giving up his arm as the BJJ Black Belter maneuvered his way to the technique, which eventually submitted Miller. The fight only lasted for 41 seconds in the opening round.

When the WEC was merged under the UFC in 2010, there were many things to look forward to. One of the milestones after the consolidation of the two promotions was the first-ever UFC Women’s Fight between Ronda Rousey and Liz Carmouche in February 2013.

It was the first time that UFC fans saw the dominance of Rousey inside the octagon as she dismantled Carmouche from start to finish with her relentless pressure. This same pressure from ”Rousey” has made ”Girl-Rilla” tap in the first round of their women’s bantamweight title showdown.

Leonard Garcia edged out Chan Sung Jung in their first encounter under the WEC banner in April 2010 through a close split decision win, but when the two crossed paths once again in the UFC in March 2011, the South Korean made sure to get one back over his former tormentor.

The ”Korean Zombie” pulled out the first-ever twister submission victory in the UFC against Garcia to even their head-to-head match-up and score one of the rarest submission techniques in the history of the sport. Chan Sung Jung made Leonard Garcia tap in the dying seconds of the second round.

Former UFC Heavyweight Champion Frank Mir is a submission icon in the heavyweight division as he holds nine submission finishes under his 15 UFC career victories. One of his most memorable submission wins was against Roberto Traven in his maiden UFC outing in November 2001.

A few days late…
I was just reminded that it was 18 years ago and less that 6 months into MMA I made my @ufc debut.
I fought against Jiu-Jitsu World Champion Roberto “Spider” Traven, winning by armbar in the 1st round.
Good memories#UFC #MMA #BJJ #UFCdebut #MirVsTraven #ArmBar pic.twitter.com/waqO5otGP7

After landing a few solid strikes on Traven, Mir didn’t hesitate to fully exploit his BJJ background to finish his opponent in the first round. When Traven went to the ground, Mir swiftly navigated himself into a submission technique and ended up with an armbar victory to complete his perfect UFC debut.

Unlike the first four debut wins that we’ve mentioned earlier, this Ben Askren win over Robbie Lawler in March 2019 is memorable not because of an impressive performance from Askren but because of the controversy that shrouded the fight.

”Funky” Ben miraculously survived an early onslaught from Lawler as the latter secured a body slam and several powerful punches. When Askren finally got the hold off him, he immediately jumped into a bulldog choke that made Lawler pass out due to his limped hand. As the referee stopped the fight, Robbie instantly protested, but it was never overturned, and Askren got the win under his record.

At BetMGM, you can get closer to the octagon with MMA betting odds for hundreds of fights each year.

Whether you’re looking for live UFC odds, futures markets, or Fight Night parlays, the best MMA odds are at the sportsbook throughout the year.