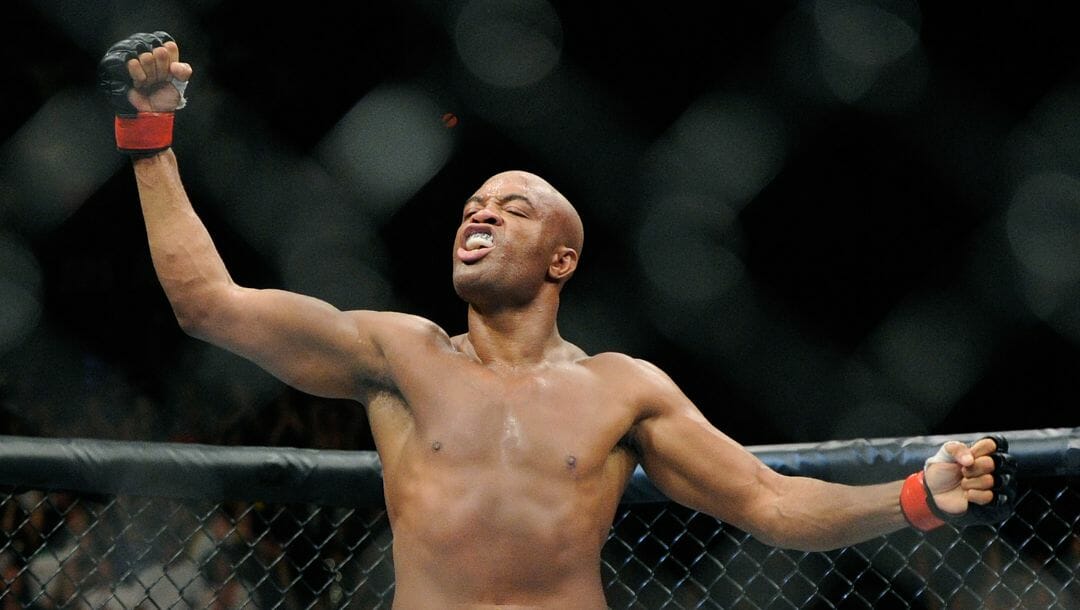 First impressions certainly last, and this also applies in the UFC, as several stars have fully utilized their opportunity to make a grand introduction of themselves to UFC fans.

These impressive debuts have also helped them improve their UFC odds and become an in-house contender to the UFC betting lines.

Remarkable and memorable maiden wins also played a massive role in their respective ascent into the spotlight. They used it as a launching pad to catapult their names in the title conversation.

Without further ado, here are the top five UFC TKO/KO debuts in history.

Chris Leben was an undefeated fighter in the UFC for his first five fights when he was matched against Anderson Silva in June 2006. But that unbeaten run was shortly ended when the debuting Brazilian perfectly scored a 49-second first-round knockout.

Silva neutralized Leben’s aggression with counterstrikes to put the American in trouble early on and eventually landed the match-ending knee to his head. This was the beginning of Silva’s 16 straight wins, including 11 title wins and 10 title defenses, before receiving the upset loss from Chris Weidman in July 2013.

Conor McGregor was one of the hottest MMA prospects in 2012 as he became the first-ever double weight champion in Cage Warriors. This status has earned him a contract with the UFC, and he was immediately scheduled to fight Marcus Brimage (who at that time was 3-0 in the UFC) in April 2013.

Much like what Anderson Silva did to Chris Leben, McGregor countered Brimage’s aggressive approach to his advantage by picking his shots and landing the more lethal blows. This led to the perfect debut for the Irishman, and he finished his American foe via TKO in the opening round in under two minutes. This proved that his hype train is for real.

In recent years, Michael Chandler has been one of the several fighters that fans wanted to see compete inside the Octagon. That wish was finally fulfilled when Chandler signed a contract with the UFC in September 2020. Upon his arrival, he became the backup for the title fight between Justin Gaethje and Khabib Nurmagomedov in case one of them pulled out.

Four months later, he was booked to his first-ever UFC fight against Dan Hooker under the McGregor-Poirier card in Abu Dhabi. Chandler maximized the opportunity by showcasing his power. He went on a full hunter mode by slowly stalking Hooker through his pressure before landing the powerful left hook, which knocked down the Aussie. From there, ”Iron” delivered the finishing blows to end the fight in the first round.

In today’s era, Alex Pereira, one of the most accomplished kickboxers, has fully transitioned to MMA in 2020. Because of his reputation as a fighter, he was instantly picked up by the UFC in September 2021. Before even signing with the MMA organization, Pereira was known to beat the reigning UFC Middleweight Champion Israel Adesanya in kickboxing twice, one by a brutal knockout and one by decision.

But more than that reputation, the Brazilian knockout artist has shown that he is not only an exciting fighter on paper as he lived up to the expectation by scoring a second-round highlight-reel TKO finish over Andreas Michailidis in his promotional debut in November 2021. Pereira defeated Bruno Silva this past March via a unanimous decision to set up a gigantic clash with Sean Strickland later this year.

Any impressive UFC knockout debuts list is not complete without mentioning Francis Ngannou’s knockout win over Luis Henrique in December 2015. With his incredible power that can sleep anyone in the division and 100% finishing rate at that time, Ngannou promptly got the attention of the UFC, which signed him in 2015.

The Cameroonian immediately displayed this power in his maiden match with Henrique. He caught the Brazilian with a vicious left uppercut that sent him to dreamland to score the momentous debut in the UFC. After that dream debut, Ngannou picked up five more wins to earn his first shot for the title against Stipe Miocic in January 2018.

At BetMGM, you can get closer to the octagon with MMA betting odds for hundreds of fights each year.

Whether you’re looking for live UFC odds, futures markets, or Fight Night parlays, the best MMA odds are at the sportsbook throughout the year.