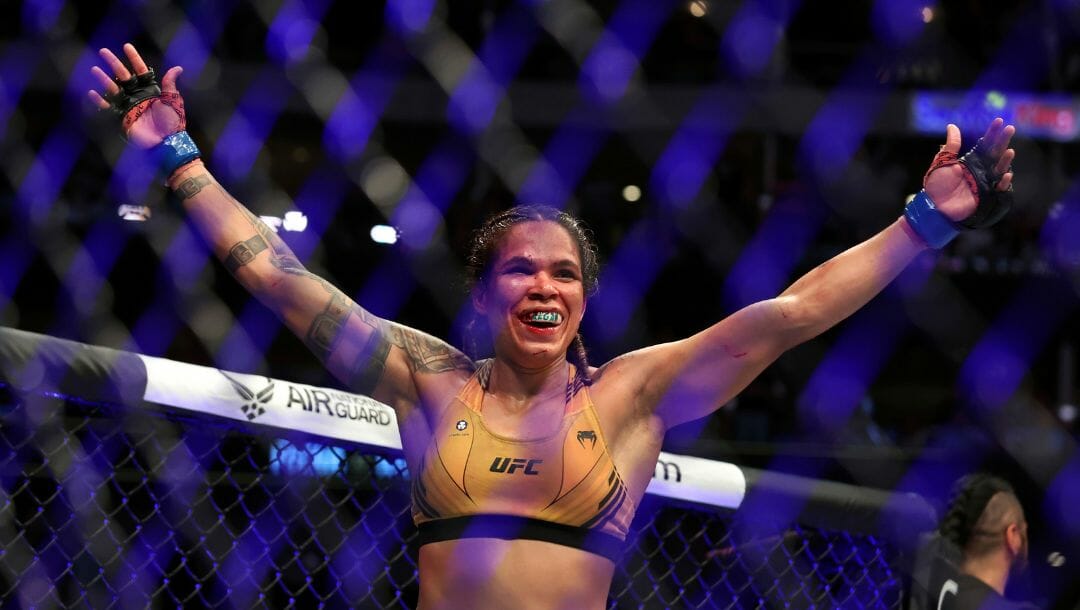 After a massive upset defeat to Juliana Pena in their first match in December 2021, Amanda Nunes reclaimed her UFC Bantamweight Title in July 2021 after a lopsided unanimous decision victory over her former tormentor. This win also regained her top spot in BetMGM’s online sportsbook through the UFC odds.

But who is the next rightful challenger for the “Lioness,” and when will she return to action inside the Octagon?

Amanda Nunes’s return inside the Octagon is still being determined as there is no opponent and a target date for her comeback. But the “Lioness” is linked with a trilogy fight against Juliana Pena or Valentina Shevchenko.

Amanda Nunes’ estimated total UFC earnings are over the $4 million threshold. This overall figure is only inclusive of his UFC gross and doesn’t include other sponsorships and brand deals. Her biggest single-fight salary came in July 2019 when she TKO’ed Holly Holm to take home a whopping $590,000 of prize money.

Amanda Nunes has been a mainstay of the American Top Team since she joined the gym in 2014. This is where she also found most of her success and resurgence to become the world’s number one women’s pound-for-pound fighter. Nunes was guided there by coaches Mike Brown, Steve Mocco and Marcos DaMatta.

But this 2022, the reigning women’s bantamweight and featherweight champion split up with American Top Team to build her own gym and team, which she named after her – Team Nunes. Nunes’ new team consists of other top MMA coaches such as Kami Barzini and Roger Krahl.

Despite the team change, Amanda’s wife, Nina Nunes, will still be part of her Octagon-side team and corner during her bouts.