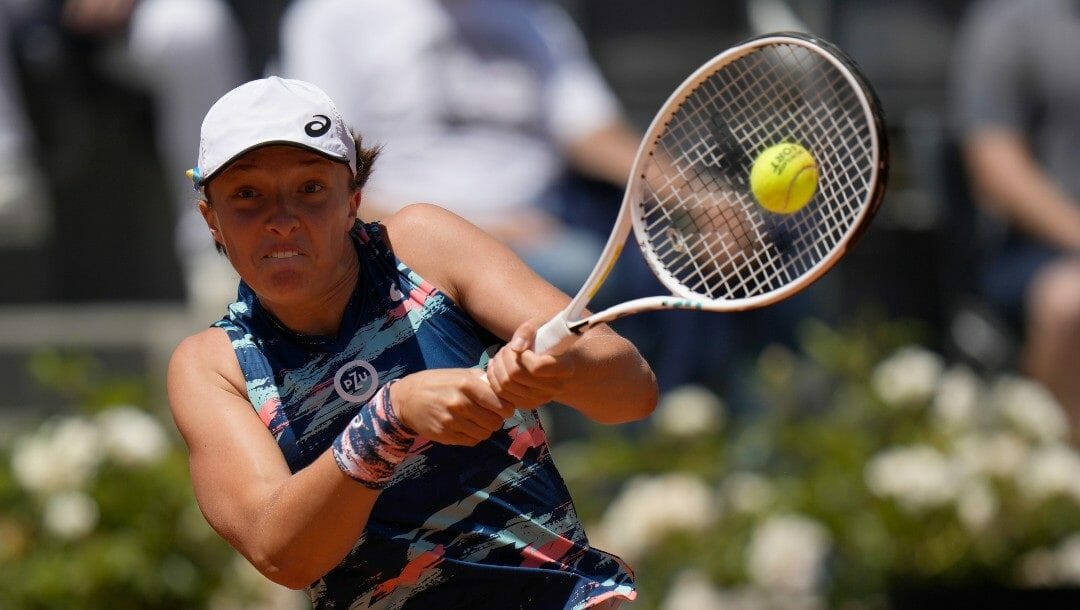 With qualifying matches now underway at Roland Garros, it’s time to really hone in on the French Open odds market.

Tennis betting enthusiasts will start to prepare for the two glorious weeks that mark the height of the 2022 clay season. Main draw matches will start on Sunday and Monday.

The men’s draw is predictably straightforward. We’re still in the tail end of the Big Three era, which means Novak Djokovic and Rafael Nadal are highly anticipated to be two of the primary contenders. Carlos Alcaraz, another Spaniard who defeated both men en route to the Madrid Open title earlier this month, is also a major contender.

Ash Barty – the winner of both the 2019 French Open and the 2022 Australian Open – has retired. Because of her international name ID, her status as the winner of the last major tournament and her high ranking, she would be one of the tennis odds favorites to win this tournament.

Instead, women’s tennis is left without one of its top tour players over the last several years. So with Barty departed, who’s the favorite to win the French Open?

More importantly: should you target this person as a potential bet?

If you follow women’s tennis, you will be extremely unsurprised to learn that Polish phenom and newly-minted No. 1 player Iga Swiatek is a massive favorite to win the French Open.

Swiatek won the 2020 French Open; at the time, she was a mostly unknown teenager.

Going into this year’s tournament, she’s currently a -110 favorite at BetMGM in the French Open odds market for the women’s tournament. The next two players, Simona Halep and Ons Jabeur, are both +1200.

Swiatek is a 20-year-old Polish pro who became the No. 1 player on tour in March, shortly after Barty retired.

Swiatek is on a historic tear right now, threatening to break records set by Serena Williams at the height of her career. She has won 28 matches in a row, which includes running through the draws (and winning the championships) at four significant tournaments: Qatar, Indian Wells, Miami and Rome.

WTA Roma, which is also known as the Italian Open, is the last big clay tournament before the French Open.

Williams’s longest winning streak was 34 matches, which she strung together in 2012-13.

Swiatek has been so dominant since the Australian Open that I actually had to write an article in early April about how she started pulling out of tournaments because she was winning too much.

How to Bet the French Open Women’s Odds

Yes, Swiatek is the best player on the women’s tour right now. In fact, she’s probably the hottest player in all of professional tennis, including both the ATP and the WTA.

The problem, as is often the case, is the price. Sportsbooks are getting absolutely demolished by even casual tennis bettors, as more and more people discover who Swiatek is. The result is a market that is so tilted in Swiatek’s direction that it’s almost impossible to recommend betting her at this point.

At -110 to win the French Open, this is a true Swiatek or the Field kind of betting market, which is a rare thing in professional sports. This is like betting on Tiger Woods in his prime to win a golf tournament – you’re definitely getting the best player, but the price is so crappy, and there’s plenty of other players in the field collecting paychecks, too.

Perhaps the better comparison for Swiatek might be fellow tennis player Nadal. Heading into last year’s French Open, Nadal had won 13 of the previous 16 titles at Roland Garros, and he was -120 to win another.

It’s a very similar price to Swiatek’s market placement for this year, with the obvious caveat that Nadal had built up that marketplace equity over 16 years of clay court dominance.

My advice? Find someone in the bottom half of the French Open Women’s Draw with odds that you like and bet her to win. If she goes on a run, you’ll have hedge opportunities in the final rounds – regardless of whether or not her opponent is Swiatek.