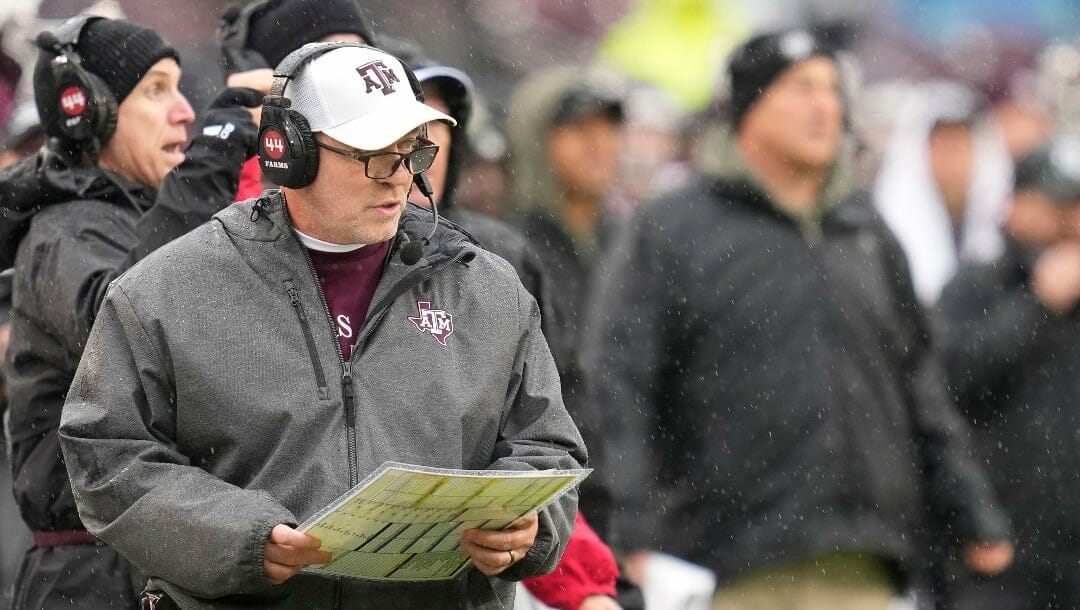 Which coaches might be on the hot seat in 2022?

Three minutes later, I retracted it, pointing to a massive buyout of approximately $16 million if Brown is fired after this season.

Six weeks later, I reversed course again; West Virginia is no 4-7, and Neal Brown should be on the hot seat.

After a loss to Kansas State in Week 12, the Mountaineers are 7-11 in the Big 12 since 2021 and 13-21 in conference games in four seasons under Brown. They’ve never won more than six games in a season or finished better than fifth in the conference.

Despite the buyout, it might be time for a change in Morgantown, as potentially signaled by the termination of athletics director Shane Lyons, who inexplicably gifted Brown an extension after the 2020 season.

Neal Brown Buyout: For unknown reasons, Lyons and West Virginia gave Brown with a contract extension in April 2021. The new deal includes a buyout equal to 100% of the remaining contract if fired before Dec. 31, 2024, which is approximately $16 million if fired after this season.

Fickell is (presumably) out of reach, while Gibson – currently NC State defensive coordinator – could be a candidate again. Willie Fritz could make a short list, as could Kane Wommack, Mike Houston, and Jamey Chadwell.

Since that comment the Aggies have lost 11 of 23 games, including 10 of 15 SEC games, and become the biggest laughingstock in college football.

After a loss to Auburn in Week 10 and uninspiring win over lowly UMass in Week 11, the heat beneath Fisher’s overpaid booty likely increased. He’s paid an extreme amount of money to compete for national championships, not finish in the bottom half of the SEC West.

Jimbo Fisher Buyout: If fired, Jimbo Fisher’s buyout would be the largest in college football history. It’s currently approximately $90 million and doesn’t drop below $50 million until late in 2026.

Jimbo Fisher Replacement: If Texas A&M’s donors are willing to pay a $90-million buyout, they’re presumably willing to pay big money for a replacement. What would it take to land Josh Heupel, Dave Aranda, or Shane Beamer? Could they interest Luke Fickell with a $100-million contract?

Four years ago, this seemed incomprehensible as David Shaw’s job security presumably sat alongside Nick Saban and Dabo Swinney as the best in college football.

Shaw is the best coach in program history, has a top-30 (247Sports) recruiting class for 2022, and is only three years removed from a seventh nine-win season in eight years. But is another miserable season moving the needle in the wrong direction?

David Shaw Buyout: Shaw’s entire contract has never been made publicly available, though he reportedly earned $8.9 million in 2019, which would suggest his deal includes an eight-figure buyout.

David Shaw Replacement: I have no idea.

If he’s gone, it could be mutual and include a provision for Shaw’s assistance in the search. Perhaps they could persuade Dave Clawson to leave Wake Forest or Mike Elko to leave Duke? If not, others to consider: Jeff Monken, Troy Calhoun, or Blake Anderson.

One year ago, Jake Spavital appeared to be building legitimate momentum at Texas State – something that’s happened only one other time in program history. The Bobcats won their regular-season finale to finish with four wins for the first time since 2014.

The momentum is now gone, as they limp through an eighth straight sub-.500 conference season. The recruiting classes are poor even by low-level Sun Belt standards, and they’re not getting enough returns from JUCO or FBS transfers.

Jake Spavital Buyout: Spavital is still coaching on the original five-year deal signed in late-November 2018 that runs through Nov. 27, 2023, and pays him $800,000 per year. If fired before the contract ends, he’s due 50% of the remaining guaranteed salary, which would be approximately $400,000 if fired after the 2022 season.

This isn’t a great job but it’s not an impossible job with zero interest from proven coaches.

Perhaps the administration could triple the salary pool to lure another proven Power Five coordinator like Garrett Riley, Graham Harrell, or Jeff Lebby.