What Time Are the College Football Playoff Games? 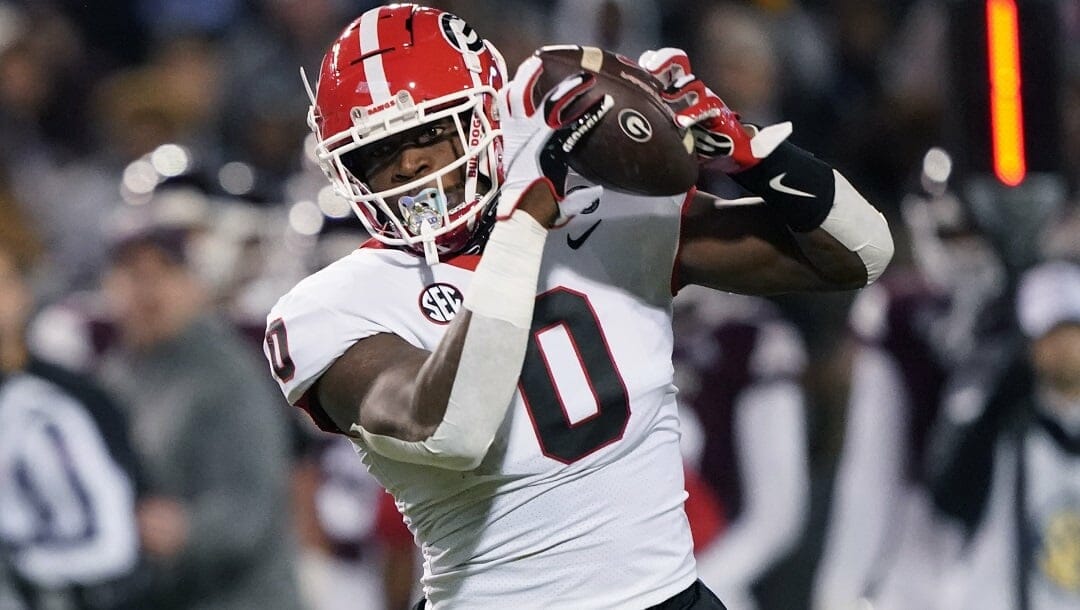 Lots of bettors are cramming on all sorts of last-minute information, from NCAAF odds to College Football Playoff handle data.

Let’s start with the basics.

What Time is Kickoff for the College Football National Championship?

No. 1 Georgia will play No. 3 TCU in the national championship game on Monday, January 9. That game is expected to begin at 7:30 PM ET on ESPN.

Where Will the College Football National Championship Be Played?

TCU and Georgia will play for the national championship at Los Angeles Stadium in Inglewood, California.

What Time Were the College Football Playoff Games?

Both of the 2022 semifinal college football playoff games were played on New Year’s Eve – Saturday, December 31, 2022.

Ohio State and Georgia were roughly scheduled for 8:00 PM ET on ESPN on New Year’s Eve night. The game ended just as the clock struck midnight, beginning the 2023 calendar year.

Ryan Day said he shared the history of past Ohio State teams in the College Football Playoff, but this year is "their story."

"They have an opportunity to write a story here that could be very special, and I think our guys recognize that." pic.twitter.com/7HwBQGDxZS

As has been the case since the first college football playoff was held in 2014, the national semifinals are played under the banner and branding of high-profile bowl games.

In the early game, No. 3 TCU will play No. 2 Michigan at the Fiesta Bowl in Glendale, Arizona. Later, No. 4 Ohio State will take aim at undefeated No. 1 Georgia at the Peach Bowl in Atlanta.

Georgia remains the odds-on favorite to win in this year’s college football championship odds market, with a current price of -450 at the BetMGM online sportsbook.

Prior to the College Football Playoff semifinal games, Georgia was -145 to win it all.

At BetMGM, the first semifinal game between Michigan and TCU closed with the Wolverines as an 8-point favorite. That was down from an initial opening position of Michigan -9.5, even though about 65% of tickets are betting the favorite.

As for Ohio State, the line crept from Georgia -7 to Georgia -6.5 in the face of overwhelming action on Georgia. At BetMGM, about 85% of spread market tickets were on Georgia the week before the game.