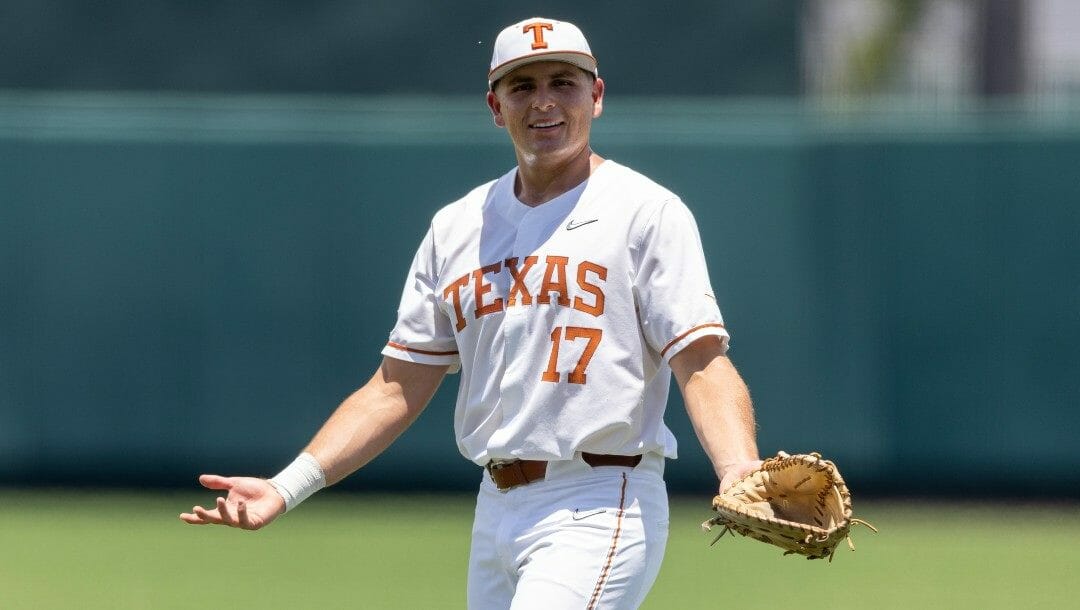 What was once a field of 64 teams has been trimmed to eight. Those eight will battle on the grandest stage of collegiate baseball, the College World Series.

Here is a look at a few teams, including their college baseball odds to win it all.

The Longhorns were the preseason favorites to win the College World Series, opening at +750, and they are back on top of the odds board at +400.

Texas slugged their way through regionals but had to fight for their season in super regionals against ECU. The Pirates gave the Longhorns all they could handle. That series showed both the good and the bad of this Texas team. The good is they cannot be counted out of any game with their high-powered lineup, led by Ivan Melendez.

They mounted two big comebacks in that series before dominating Game 3. The bad is it exposed Texas’ lack of pitching depth. The bullpen could not stop the bleeding when Pete Hansen and Lucas Gordon struggled. Texas also lacks a consistent third starting option, which could loom large in the College World Series.

Nonetheless, the market is back on the Longhorns as they have the highest ticket, handle, and percentage of the field. However, Tennesse was in the same spot entering super regionals, and they are now on the couch. Texas is talented, but anointing them the favorites is questionable.

Ivan Melendez ties Kris Bryant for most single-season home runs during the BBCOR-era with his 31st bomb 💣 @TexasBaseball pic.twitter.com/73EVKyWVC1

Arkansas has proven they have a College World Series pedigree. However, they were the No. 1 team in the country last season and were upset in super regionals. This season has been a roller coaster.

They entered the year as a consensus top team but barely finished inside the top 25, stumbling down the stretch. However, the Hogs found their offense in Stillwater and carried it into Chapel Hill, where they upset a red-hot North Carolina to punch their ticket to Omaha.

The Razorbacks are garnering attention from the market as they have the second-highest ticket and handle percentage. However, those tickets are dependent on Arkansas’ offense remaining consistent and getting solid starts from Hagen Smith and Jaxon Wiggins.

It is interesting to see the Aggies have the third-highest handle percentage in the market, given they have the longest odds to win the College World Series. The only explanation is that many bought in during their mid-April tear.

Expectations for the Aggies were not high entering the season; with opening odds of +15000, they surprised everyone by dominating SEC play down the stretch and carrying it into the postseason.

Texas A&M’s sweep of Louisville in super regionals was impressive, but oddsmakers see the glaring holes in the Aggies’ pitching staff. Their two top starters both had bad stretches this season, and their ERAs have not recovered from them. The Aggies can swing it, but if their bats are contained, they could be on the wrong end of some crooked numbers.

Stanford was the clear second-best team in the country entering super regionals, and after Tennessee’s and Oregon State’s departures, they are the team to beat.

For the first time since the end of April, Stanford was tested by Texas State and UConn in the postseason. Stanford was down to their final three outs against Texas State but battled back to advance in a valiant effort. Then UConn shocked them in super regionals as they came out and clobbered Stanford’s ace, Alex Williams.

After that point, it was all Stanford as they bashed eight homers in game one and then outscored the Huskies 18-7 in the final two games.

Stanford has just the fifth-highest ticket and handle percentages entering the College World Series, but they are the co-favorites with Texas. Oddsmakers seem to know, but the market has yet to catch up on the Cardinal. However, it’s not too late to buy in, as they still have plenty of value entering Omaha.